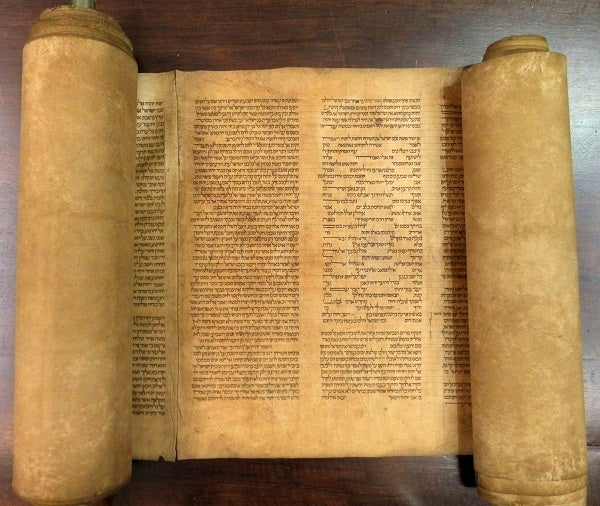 In this undated photo provided by Alma mater Studiorum Universita' di Bologna, a document that an Italian expert says to be the oldest known complete Torah scroll. AP photo

ROME— An Italian expert in Hebrew manuscripts says he has found the oldest known complete Torah scroll, a sheepskin document dating from 1155-1225. It was right under his nose, in the library of the University of Bologna, where it was mistakenly catalogued a century ago as dating from the 17th century.

Mauro Perani, a professor of Hebrew in the university’s cultural heritage department, was updating the library’s Hebrew manuscript catalogue when he stumbled upon the scroll in February. In an interview Wednesday, Perani said he immediately recognized that it had been wrongly dated, given its script and other graphic notations.

Outside experts said the finding was important, though they noted that older Torah codexes— not scrolls used in synagogue — exist.