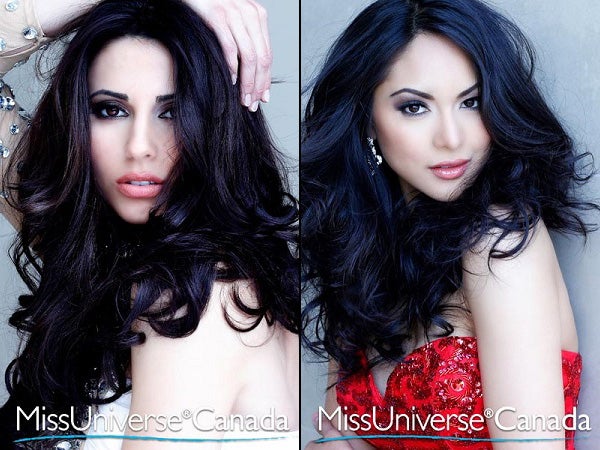 OTTAWA—Losing is never easy, but for one unlucky contestant in Canada’s Miss Universe competition the bad news came 24 hours later—after she’d been crowned the winner.

Red-faced organizers admitted on Wednesday that a typo led to a counting error that resulted in Denise Garrido, 26, being wrongly named the victor at Saturday’s event. She was stripped of her sash and crown the next day.

“I was shocked. I’d achieved my dream and suddenly after a day of it sinking in it was suddenly taken away from me,” a heartbroken Garrido told AFP, after losing her chance to represent Canada at the Miss Universe final in December.

In a statement, pageant director Denis Davila blamed an inexperienced employee for the typo when transferring the judges’ handwritten scores into a computer program that determines the winner.

It turned out that Garrido had actually finished third runner-up to Riza Santos, also 26, of Calgary, who will now collect her crown in that city on Saturday, according to a pageant spokesman.

This is the second consecutive year in which controversy has enveloped the pageant. In 2012, transgender model Jenna Talackova waged a battle to enter the competition. She went on to win a prize for congeniality.

Looking for a “silver lining” in the debacle, Garrido said she will always relish having been crowned “even if it lasted for only 24 hours.”