John Sayles’ ‘Amigo,’ timely as today’s headlines, opens in the US | Inquirer Lifestyle 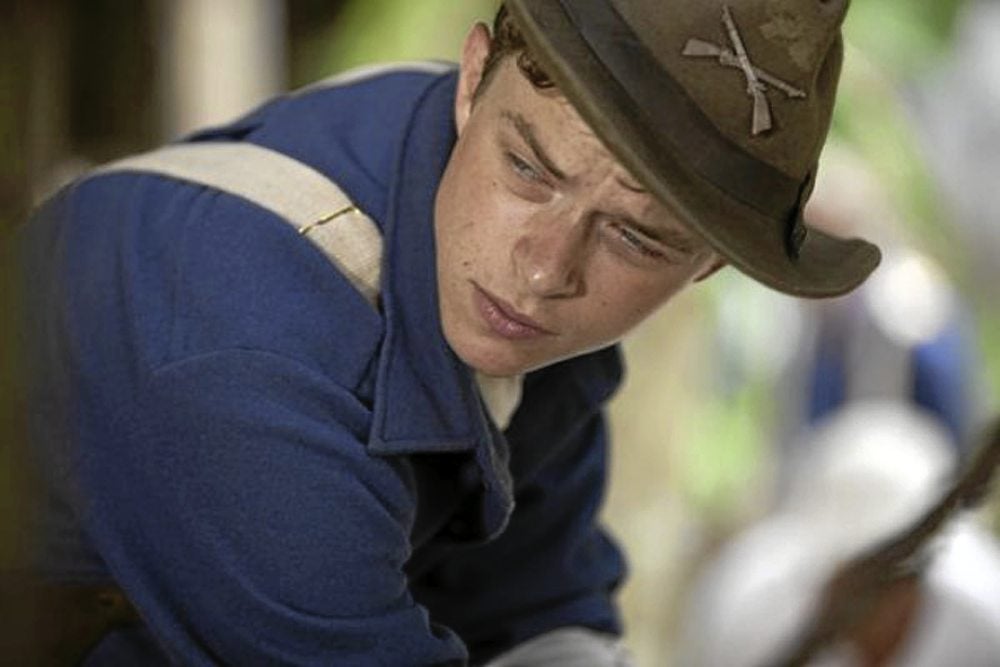 John Sayles’ ‘Amigo,’ timely as today’s headlines, opens in the US 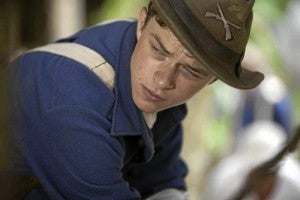 NEW YORK—It was a match made in cinema heaven.

Here was John Sayles, the master of empathy on screen, whose independent approach to filmmaking was at one time revered but, with Hollywood’s penchant for formulaic movies these days, renders him almost invisible, out of most discussions among the great American filmmakers who can write, edit and direct his own feature films, even act and write novels.

Then there is the country he frequently visits, the Philippines, whose cinema—arguably the most productive in Asia at one time—has also dwindled in numbers dramatically and needs revitalization.

An epic movie may just be in order then. And why not the ugly Philippine-American war at the turn of the early 20th century?
Sayles would just be the right man to do a noble depiction of a long-forgotten war, one that has not been given the “proper” treatment and only an independent filmmaker like Sayles will be daring enough to explore—and what Americans would find revealing, even shocking, to this day.

But one must also realize Sayles is not one to do an epic movie with the pageantry—and yes, bloodbath—associated with it. True to this oeuvre, he has made another microcosm of a movie, set in a small barrio in the Philippines at the turn of the 20th century, and called it “Amigo.”

It’s a snapshot of Philippine history from the one true epic he reserved for his inspired storytelling—his recently released 968-page book “A Moment in the Sun,” a reimagining of America in the same period.

Despite its small scale, “Amigo” is arguably the first biggest movie about the Philippines made by an accomplished American director since “Bataan” and “Back to Bataan” in 1943 and 1945, respectively, although the latter movies are largely considered Hollywood action flicks, nothing more. Still, “Amigo” could generate wide interest among Filipinos and American moviegoers curious about how that war resulted in hundreds of thousands to—others put it—a million casualties—all on the Filipino side.

Culled from his book, Sayles wrote the “Amigo” screenplay in two weeks, shot it in Bohol province, nearly 500 miles south of Manila, for eight months with the Philippines’ crème de la crème of thespians and US actors headlined by longtime Sayles actor Chris Cooper (Colonel Hardacre). 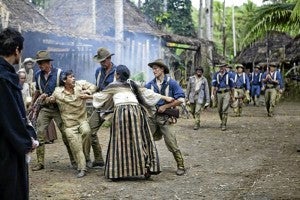 Joel Torre, the lead actor who plays the mayor in the small barrio (village), was the first to sign up for the movie. “I know Joel and simply asked him to gather other Filipino actors for the movie. The Philippines has so many talented actors,” Sayles said in a phone interview from his Hoboken, New Jersey, residence.

Set in a fictional rice-planting village, Torre plays Rafael Dacanay, the barrio chief who is torn between being the “amigo” of the new American colonizers and the Philippine rebels—a predicament for many cabezas when America arrived in 1897 to conquer the Philippines from Spain and stayed past the 1900s. The Philippine-American war officially ended in 1902 but other rebels continued to fight until 1913.

A small band of American troops takes fort in Rafael’s barrio where they also guard Philippine rebels in the hills. His brother (Ronnie Lazaro) and son are part of the Philippine resistance waiting for just the right moment to attack the barrio and fight the American troops. It would prove to be a long wait.

Sayles has always made it clear in his interviews that he was on the side of the Filipinos in that ugly period in American history. Still, he doesn’t go for bold, sweeping generalizations. He is not a provocateur like Oliver Stone.

Even the water-boarding (originated in the Philippines as “water cure”) scene is shot obscurely and only for a few brief moments, leaving us curious as to how long those sessions really lasted.

“How much do you suggest?” Sayles asks more as a statement than a question.

Here, both sides are confused about the war. Everyone, it seems, are shown to be either ignorant or simply conflicted about the war, except for two characters: the brutal and unreliable Colonel Hardacre and the seditious and also unreliable Spanish priest Padre Hidalgo, played by Tony-nominated actor Yul Vasquez.

In one scene, Colonel Hardacre says, “We’re supposed to be winning their hearts and minds,” without conviction, because later, he would be heard growling, “You gotta make war on these people!”

One could say the Spanish priest is the other “amigo,” the shady one that puts Rafael and other Filipinos in an even tighter spot because he translates Tagalog and English for both sides in a scheming way.

Only when Americans and Filipinos speak to each other can you tell how words mean what they really mean. As the war goes against the rebels, one American officer says, “They can’t beat us. I don’t know why they even bother.” A soldier responds, “It’s their country, Sir.”

The Philippine actors, most of them with stage experience, turn in wonderfully nuanced performances, despite not having all the trappings that a big-budgeted movie can have at its disposal to heighten mood and effect but, again, Sayles is not one to dramatize or romanticize.

This prompted one viewer to say the movie “felt like theater” without the grandstanding. And without cinematic accouterment—only one small barrio serving as main location—“Amigo” certainly appears remote, confining its potential to expand and tell a much bigger narrative.

It is set in one location, for the most part in one home in Louisiana surrounded by its vast lakes. Louisiana serves as the third character of the movie. To know Sayles’ work then is to know a place for him is a character.

“Passion Fish” worked beautifully within its space, because it was akin to a chamber drama. But in a period piece with so many characters, attempting to make each one count simply impeded the full realization of “Amigo.” One is left to figure out who we should care for.

On top of that, Rafael as protagonist has no one to play against his already subdued character—no foil to create a sense of urgency to his predicament. Sayles could have explored Rafael’s real affiliation with the Spanish priest.

Sayles may have been hindered by too many challenges in making the movie—the miniscule budget, for one.

“I had three horses,” he says matter-of-factly, leaving us scenes cut too abruptly to create drama.

Gruesome scenes are shown before or after they unnerve you, stripping the movie of any dramatic arcs that could have made emotional payoffs for the movie. There are shots fired in one important scene, but the camera saves us from the horrifying sight; no lingering reaction shot is established.

Mass killings of the Chinese “coolies” by Filipino rebels are shown in their aftermath—and they’re disturbing, if only because there is no such incident(s) in history books but, Sayles contends, are in American regimental history. “Coolie” is a historical term for slaves from Asia in the 9th and early 20th century.

Concentrated in one barrio, the movie is also slowed down by too many slice-of-life rituals and traditions—the Philippines’ Catholic devotion, the fiesta held in honor of patron saints, Spanish music-playing using Filipino musical instruments (“Filipinos are good mimics” are uttered twice by the Spanish friar), the bayanihan (communal effort) spirit of Filipinos, palm wine-making and cock-fighting as sport.

In the end, “Amigo” proves less engaging than educational for people who do not remember the Philippine-American war. But there is no doubt it is as timely as today’s headlines. Sayles conveys the futility of war to his audience in a simplistic way.

Sayles says the parallelisms of America’s misadventures in Iraq and Afghanistan were “unavoidable.” And going back in time, he continues to probe deeper, questioning when freedom-loving Americans changed and acted a certain way.

Sayles is one of the few great independent filmmakers—and it’s admirable how he pursues his passion for historical truth-telling, but he missed a golden opportunity to make a great film.

“Amigo” has been showing in key US cities since Aug. 19.