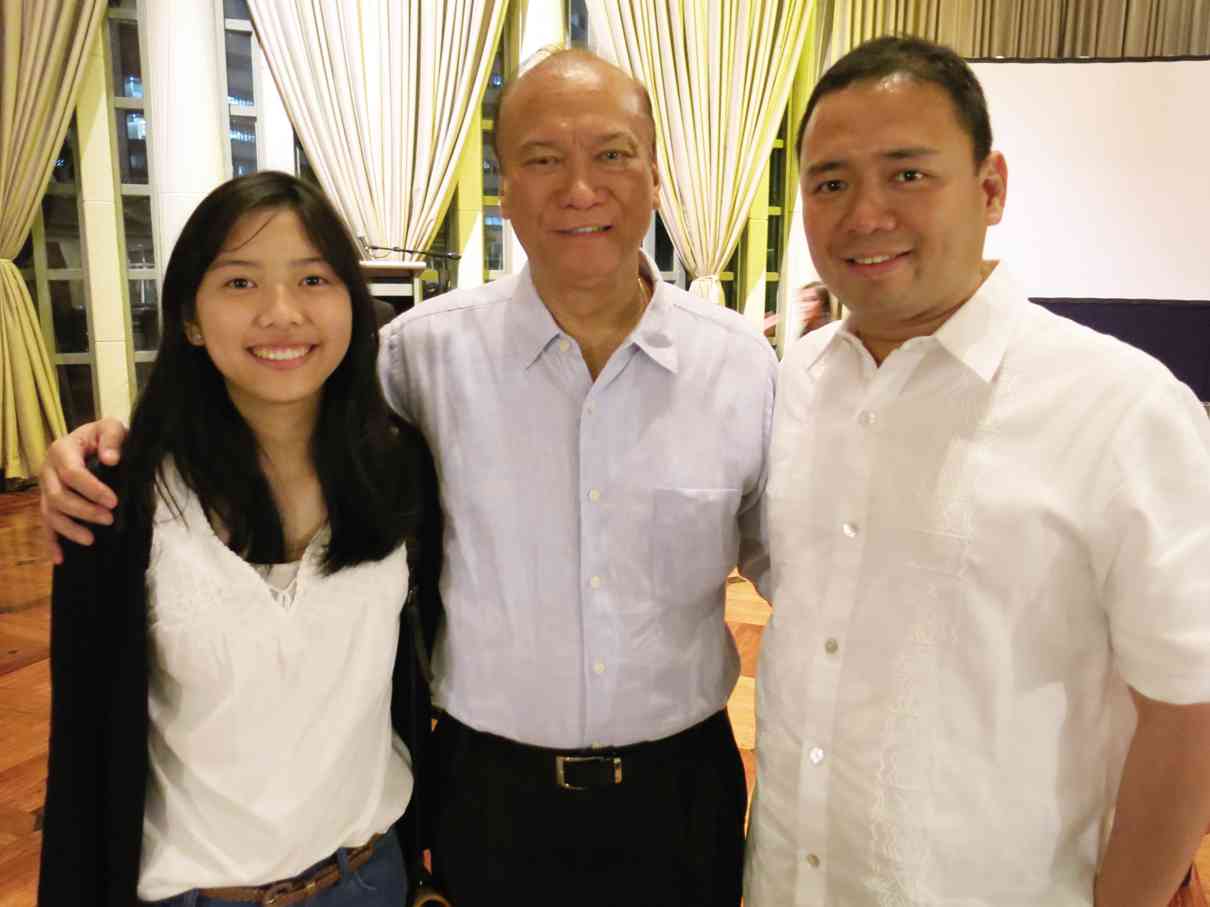 I should be feeling despondent.

My dad, Ramon Magsaysay Jr., just lost in the May 13 elections. His sterling record as a public servant, sincerity and unwavering commitment to serve the country and his fellow Filipinos did not get him enough votes to win a Senate seat.

Instead, I am filled with pride and feel enormously honored to be able to call this simple, honest man—who wanted to do, like his father before him, what he could to ease the suffering of majority of our citizens—my father.

The warmth and affection showed my father by many people during the campaign more than made up for the lack of numbers.

As I look back on the recent democratic exercise, I realized my father had become more than just the only son and namesake of his late father, the beloved Philippine President. It was true that many people old enough to remember the late President voted for him out of respect for his dad.

One woman we met even made what we thought was a strange request—she wanted my dad to put his hand on her head as they were photographed. It turned out she had a photograph with my lolo doing that.

But there were also many people who voted for Magsaysay Jr. because of his own record as a public servant. He had become more than just the keeper of his father’s legacy. In the years he had been in public service, he had become his own man.

A lot of the admiration and respect he received on the campaign trail was for himself alone, not just the residual affection for a President who had tried, in the short time he was in office, to make life better for Filipinos most in need.

When we, his children, were little, my father always told us that he seized every opportunity to honor the family name and keep it unsullied— “malinis.” His father left very little material possessions, but his son considered his legacy of clean and honest public service a treasure that the family had to preserve and protect.

Money could not buy a good name, he would tell us, so we had to work hard to preserve and protect our reputation, as it was our strength.

This is a lesson he is now teaching his grandchildren.

Whether in his private or public life, my father never wavered in his resolve to preserve and protect the good name of the family, not even to win elections. During the last campaign, he remained a team player all throughout, campaigning for all the 12 PNoy candidates. He could have asked his supporters to write just one name, his, to reduce the number of votes for the other candidates, including his own partymates.

But that is not my dad’s style. He campaigned not just for himself but for everyone on the PNoy slate. He worked hard to win, but he would not betray the team for his personal benefit.

And he wanted—expected—us, everyone in his campaign, to follow his example not just to work as hard as he did and be as determined as he was, but to remain loyal to the team.

In all the years he was in public service, he shunned the trappings of power and never tried to call attention to himself, going around without an army of bodyguards or a large entourage.

He let his record as a public servant speak for itself. Despite an impressive track record as a legislator, he let others talk about his accomplishments rather than bring them up himself. While other candidates would repeatedly talk about what they have done or what they intend to do, he was reluctant to talk about his achievements, much less about himself. Not very winning traits in a political landscape where bombast and big talk, even if the rhetoric is empty, are typical.

As a senatorial candidate, my father was an earnest, sincere man, who meant every word he said, wooing a beautiful woman—the voters—who did not realize he was the right one for her because his speech was simple, unadorned and direct to the point.

My dad is not perfect, but I can say with pride and sincerity that he will never put his personal interests above those of the country and people. Others may see him as a successful entrepreneur, having pioneered several ventures. In all these endeavors, however, it was more than profit that drove him to make them successful. He wanted to do well by his employees and to help, in some small way, other people.

That is, for instance, the motivation behind the dairy farm he put up in Laguna. He wanted it to be a model that small farmers, looking for additional income, could learn from. He shared the technology, both hits and misses, to show the way.

That business is not just for personal gain is a lesson I have learned as well. My Carmen’s Best ice cream, an offshoot of the dairy farm, is more than just a business for profit. Part of every peso we earn goes to the Philippine General Hospital Foundation to help pay for the high cost of cancer treatment and therapy.

For Ramon Magsaysay Jr., talk of integrity, honesty, loyalty and service to others is not just rhetoric. He walks his talk and he wants us, his children and grandchildren, not just to listen to him but to follow his example, just as he did his father’s.

It takes more than just a son’s biased perception to show that he has succeeded way beyond expectation. I am told it is very rare for the usually skeptic, even cynical, media people to give unreserved praise.

Yet, during the last campaign, my father got the unsolicited and unequivocal endorsements of the country’s most popular and respected media personalities.

Ramon Magsaysay Jr. may have lost the elections, but he is a winner in all the ways that matter most.