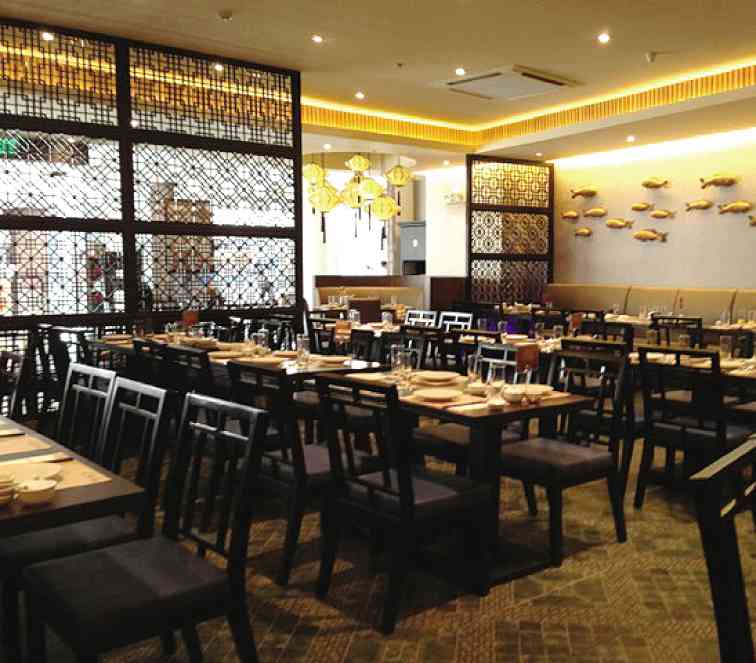 The other night my Easycall 141 went off and I hightailed my Corolla to the spanking new shopping mall called Glorietta, which had replaced, among other things, my beloved Rizal Theater. But with four new cinemas featuring “Dolby Digital” sound, plus Tower Records and a new coffee shop called Starbucks, it’s easy to forget that anything else had been there before.

But Greenbelt is starting to feel old, and the newly renovated Glorietta is becoming interesting again, like a cougar who’s just had a facelift and a fresh remit on her alimony.

As with the first iteration of Glorietta, you will spend an inordinate amount of time looking for parking (I’ve spent a lot of the last 20 years looking for Glorietta and Greenbelt parking), but once you get inside it’s a pleasantly wistful mixture of the new and the old, including one of the first Cibo outlets, which still looks fresh after all these years.

Part of the new collagen infusion is the third floor of Glorietta 2, where the displaced geeky shops from Park Square 1 have relocated, and where the second branch of Modern Shanghai has opened (not to be confused with Modern China on the ground floor).

The Chinese restaurant has come a long way from the dingy panciteria or the large banquet halls with red polyester tablecloths and chopsticks in tea. The contemporary Chinese restaurant is shiny, sleek and inviting, and promises a pleasurable and comfortable dining experience. Modern Shanghai has the shiny and sleek part down pat, but managed to consistently provide an absolutely terrible dining experience. The catch is that the food is rather good. And it’s actually Shanghainese, though by way of Singapore.

There was a time in the past, before regular employees gave way to outsourced agency workers, when the wait staff knew the menu and could actually give recommendations as to the specialities of the establishment. The expertise of a well-informed maître d’ has given way to the tyranny of the mob, rather the Tripadvisor comments and Amazon customer reviews, in the form of the “bestseller,” which is my second-least-favorite word when eating out these days, preceded only by “soft opening.” If you go by bestsellers at Modern Shanghai you will have a very mediocre meal, indeed. The xiaolongbao are not bad but not outstanding, either, and like macarons, cookie butter or molten chocolate cake, are beginning to feel a bit passé as a craze.

I’m a bit puzzled how they were planning to keep “spring bamboo shoots” on the menu for the rest of the year; they reassured me that they were canned. These were not bad, but truly excellent, as were the sauteed river shrimp and the river eel with spring onions, which is very Shanghainese: a rich, smoky flavoring with a sweet edge to it, with lots of oil to help the rice go down. Fried Shanghainese dumplings (not the xiaolongbao), fried beef buns with soup, Shanghainese noodles, and scallion pancakes come onto the menu off the street food stalls but are well-executed. On the other hand, a smoked chicken dish that came off the bestseller list was like a Chooks rotisserie chicken that had been shredded for a sandwich and left out for a day.

But the main problem is the service. The night started out well, but like a goose-stepping formation that goes out of sync and then descends into chaos, you could see it unraveling before your eyes. By the time we ordered our dessert, the wait staff was panicking: the waiting area was full of irritable customers but half the restaurant was empty and tables were not getting cleared. Another time we went back (in the middle of the afternoon), the waiter lost our order, and when it was reordered, took another 40 minutes to arrive. Dessert (a very pleasant pumpkin puff, glutinous balls with red bean paste in a ginger broth) took yet another half-hour. I was relieved to discover upon emerging that it was still 2013.

Despite all this, I would go back. Bad service in a restaurant just starting can still be fixed, which I hope they do soon; unlike bad food, which rarely improves. I hope they do it sometime

before the next 20-year cycle when Glorietta will be improbably cool again, as perhaps will INXS, Paula Abdul and Vanilla Ice.

Modern Shanghai is at 3/F, Glorietta 2, Makati. No telephone; reservations not allowed on weekends