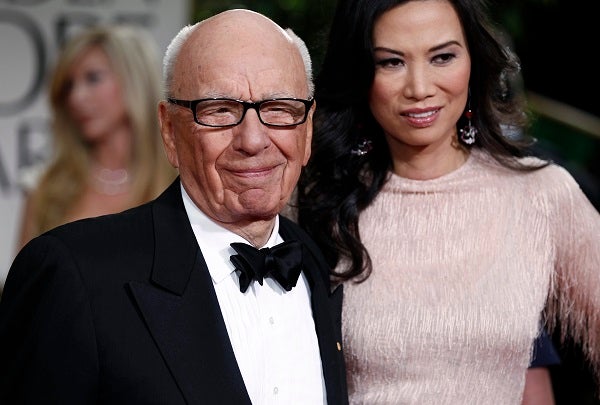 LONDON—News Corp. chief Rupert Murdoch has filed to divorce his third wife, Wendi Deng, as their marriage has “irretrievably” broken down, his spokesman said on Thursday.

“I can confirm for the record that Rupert filed in New York State Supreme Court this morning for divorce,” his spokesman Steven Rubenstein told AFP.

“The line from the filing says ‘the relationship between Mr. Murdoch and Wendi has broken down irretrievably,’” he said.

The spokesman would not confirm any further details, for example, on arrangements for the custody of the couple’s two children.

A source close to News Corp. said that the couple had a pre-nuptial agreement but did not elaborate on it.

The divorce will not affect the way in which the media empire is run as Deng does not have stock or voting rights in News Corp., the source said on condition of anonymity.

Voting rights are solely possessed by Murdoch’s four oldest children who are from previous marriages, although all of his children have ownership stock held in trust, the source said.