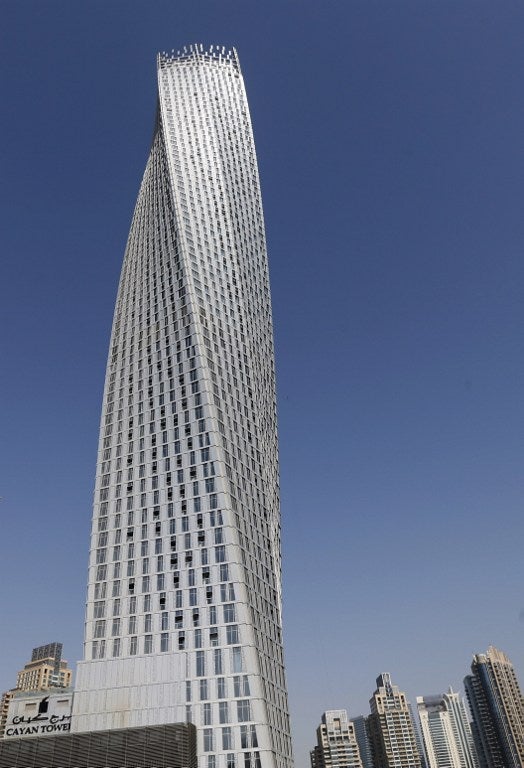 DUBAI—Dubai has inaugurated the world’s tallest twisted tower built at a cost of $272 million, setting a yet another record for skyscrapers and other engineering marvels.

The 310-meter (1,017-foot), 75-story residential Cayan Tower is twisted at 90 degrees from top to bottom and was inaugurated earlier this week in Dubai Marina—a man-made canal overlooking the Gulf.

Construction began in 2006, but was delayed due to major technical problems and the 2009 economic downturn in Dubai triggered by the global financial crisis.

The tower was designed by Chicago-based Skidmore Owings and Merrill, the masterminds behind Burj Khalifa, which is the world’s tallest tower and also in Dubai.

In May 2012, Dubai opened the 413.4-meter (1,356-foot) Princess Tower, the world’s tallest residential building, according to the Guinness World Records website.