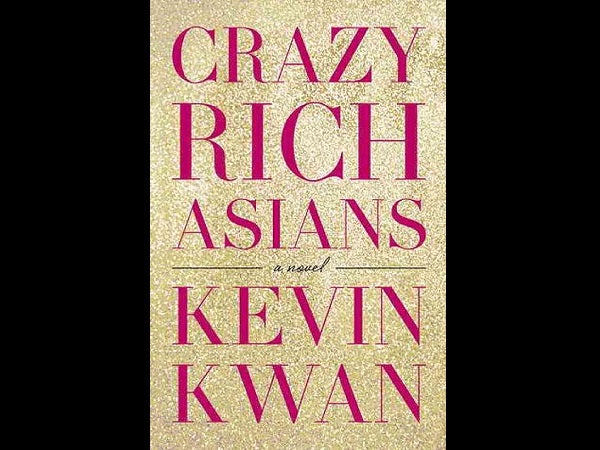 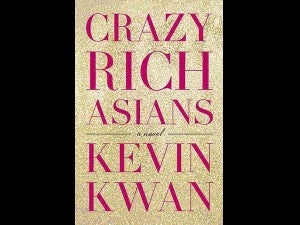 Kevin Kwan is right in quoting F. Scott Fitzgerald in his article for The Daily Beast, where I first heard of his novel, “Crazy Rich Asians”: “The rich are different from you and me.”

And how true: It’s unfathomable and unimaginable for regular folks like us—and Rachel Chu, one of the protagonists in  “Crazy Rich Asians”—the world that these obscenely wealthy live in as described in Kwan’s first novel.

Thus, reading about them becomes a vicarious treat, these lives of power, extreme indulgence and unabashed displays of wealth they’d make Robbie Antonio seem like a pauper. (Craving for authentic Aussie flat white coffee? Hop on a chartered plane to Oz, why not?)

And Kwan makes it even more delicious with interwoven tales of intrigue, gossip and power play, like a soap opera but with way better clothes, plusher settings and British accents. An Asian “Downton Abbey” in print.

(Kwan, the New York-based author himself grew up in this world until he was 12, in Singapore. It’s a setting with which he is intimately familiar, and it’s safe to conclude the stories and characters in his novel are a composite both of his imagination and actual events and people.)

Rachel Chu, 29, described somewhat derisively as an “ABC”—American-born Chinese—is about to attend the wedding of the childhood best friend of her boyfriend Nick Young in Singapore. What Nick doesn’t tell Rachel is that Colin Khoo and Araminta Lee’s nuptials is “the wedding of the year” in all of Asia, and is being covered by global press. Colin and Araminta belong to two of the region’s wealthiest families; Araminta herself is sort of an Asian supermodel.

Worse, Nick fails to mention to his girlfriend of nearly two years that he belongs to this world of extraordinary privilege. That while he lived modestly like a regular New York academic—he and Rachel both teach at New York University—dashing, Oxford-educated Nicholas Young, 32, was actually born to old wealth, in a clan that’s uncharacteristically hush-hush about its own affluence (at least in this age of new money and the attendant ostentatious displays of material possessions) that Rachel wouldn’t have likely known of his lineage, even in this era of Google. (If you can believe it, Nick grew up in a massive estate in the tiny island-estate, just behind the Singapore Botanic Gardens, that only a few locals have ever heard of.)

Worst, that Nick’s an only child, the last Young in his line, and the favorite of the family matriarch, his reclusive and aristocratic paternal grandmother, Shang Su Yi. Therefore expectations of him—and the woman he’ll eventually marry—are exponentially much higher.

Which also means, Rachel, who moved around across the US when she was a child, as her single mother struggled to raise her, is in for a lot of competition. Even before she and Nick board their Singapore Airlines first-class cabins at JFK bound for Changi, several sets of well-manicured claws are already waiting to pounce on her, not least of all, Nick’s own mother, Eleanor Young.

(The novel comes with an illustration of the family tree of the Young, T’sien and Shang clans, three branches of a wealthy Singapore clan that traces its roots to China. Clan members have spread throughout Asia, the US, Europe, Australia and Canada.)

The novel also tackles the drama surrounding the marriage of Astrid Leong and Michael Teo. Astrid is Nick’s elegant cousin, the envy of Singapore socialites for her exquisite taste and beauty. (When they were kids, Astrid’s father famously bought a London hotel—via a telephone call—because the snooty hotel manager looked down on his wife.) Astrid is trying to keep up appearances of her happy marriage to this smart, good-looking man, whom she suspects of cheating on her.

Unlike his wife, Michael comes from modest provenance, and he’s struggling to set up his own business. It seems he’s finding it hard to keep up with his in-laws’ lifestyle. Michael often wonders how different his wife’s family’s ways are from his own.

Kwan shows that to the rich, it also matters what kind of rich you are: Those who come from many, many generations of wealth look down on new money. It’s a world steeped in tradition; Nick is born to it, and yet it clashes with his modern and Western ways. He was, after all, schooled in Britain, and consequently ambivalent to the rules of aristocratic Asian traditions.

In the lead-up to Colin and Araminta’s wedding, Annabel Lee rejoices quietly in triumph as she enters the home of Felicity Young and Harry Leong, Colin’s relatives. This was the culmination of all her hard work:  moving their new billions to Singapore from mainland China, sending her beautiful daughter Araminta to the right schools. Now she’s finally invited into the threshold of this traditional and restricted circle, in this exclusive home for one, the entry of which isn’t guaranteed simply by wealth.

Annabel orchestrates the most lavish wedding for her daughter: Valentino couture on Araminta, the Vienna Boys Choir in the church ceremony, Cirque du Soleil at the reception.

Behind it all is Rachel, as she struggles to wrap her head around this other life of Nick. Now she’s branded as a gold-digger, and the petty maneuverings of the women in Nick’s life are out to turn her Asian holiday into a nightmare.

Kwan made sure to throw in a crazy-rich Asian fairy godmother in Peik Lin Goh, Rachel’s black-Amex-card-toting classmate-friend from Stanford, who dresses her ABC friend in head-to-toe couture so as not to appear out of place in Nick’s world.

Kwan, in an interview with Vanity Fair, said he had to take out portions of his book on the advice of his editor, even as the incidents he described actually happened, because “it’s going to seem so unreal that people would spend this much money, or do something this excessive.”

“Crazy Rich Asians” is a guilt-free joyride to a life of custom-built private jets, palatial homes, wardrobes of next-season couture, and bank accounts on steroids. The rich are different from you and me, yes. And how, indeed!