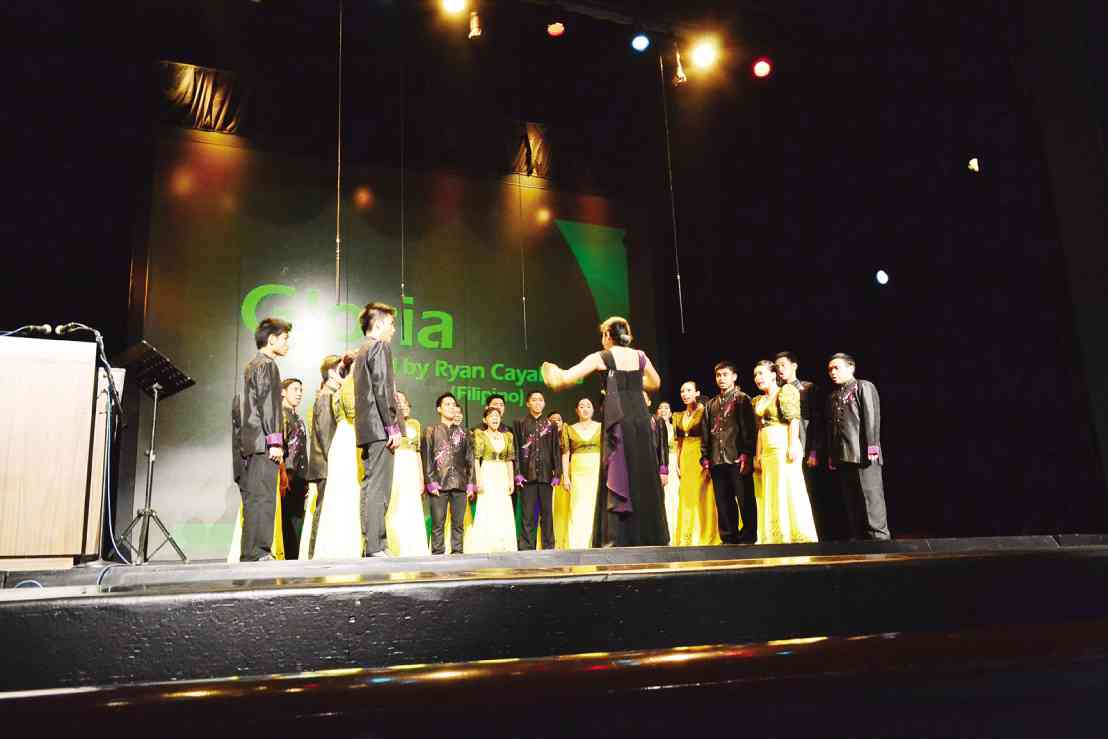 Singing actress Pinky Amador gave what may well be the performance of her life as French chanteuse Edith Piaf in Pam Gem’s “Piaf” (Atlantis Productions, directed by Bobby Garcia at the Romulo Auditorium, RCBC Plaza). Bravura acting dovetailed with singing that remarkably sounded like the late, celebrated Piaf.

Amador was ably backed by an ensemble, mostly males, who represented the men whom Piaf came into contact (often sexually) with.

The 10th anniversary concert version of “Himala the Musical” (based on the screenplay by Ricky Lee and directed by Soxie Topacio at the Peta Theater Center) focused on the music by Vincent de Jesus while retaining the key events in the story. The result was an absorbing sung—though musical which was even more effective than the complete version mounted 10 years ago.

Kudos to May Bayot as the visionary, Isay Alvarez as the prostitute and Cristina Guico as Elsa’s ill-fated best friend, as well as the wonderful cast that performed with brio as the townspeople.

“Le Corsaire” (The Pirate) at the Cultural Center of the Philippines was one of the best Philippine Ballet Theater (PBT) shows I have seen (I haven’t seen all, though!), restaged by Ronilo Jaynario and filled with the spectacular dancing loved by classic ballet buffs.

However, the story and choreography sort of bogged down in the last part. There was no grand finale but the climatic production design wowed the enthusiastic audience.

The loudest applause (in the final matinée) was reserved for Ian Ocampo as the slave and Regina Magbitang as the heroine, who had the most demanding roles in the show. The two came from the Halili-Cruz School of Dance and are new members of PBT.

Repertory Philippines’ “The Graduate” (OnStage, Greenbelt I; directed by Jaime del Mundo) was a verbose, emotional roller coaster of a play, with Act II seemingly falling apart following an engrossing Act I.

The initial publicity shot showed a svelte, sultry Cherie Gil smoking a cigarette but she was unceremoniously replaced by a matronly Pinky Marquez. Huh, wha’ happened? Did Gil change her mind? Was she out of the country again? Was there a falling out? TV commitment perhaps?

Well, never mind. Marquez is a fine actress and she rose to the challenge of playing Mrs. Robinson, seducer of the graduate Benjamin (Reb Atadero), mother of Elaine (Cara Barredo), and unhappy wife of Mr. Robinson (Jeremy Domingo).

Marquez, Domingo and Barredo all had their big moments, but it was Atadero’s show all the way, from first scene to last. And the beautiful music and literate lyrics of Simon and Garfunkel were effectively integrated into the story.

The story of the film “The Full Monty” was rather improbable, hard to believe that women would go gaga over non-hunks baring themselves. But it was redeemed by a veiled attack against the market economy, racy humor, male bonding and a general feeling of goodwill.

It was “more fun” when brought to the stage (Viva Atlantis, Romulo Auditorium, RCBC Plaza, directed by Chari Arespacochaga ) and as a musical at that, with CJ Manuel Javier as music director.

The crowd warmed up to the fine ensemble work of the cast led by big-bellied Jamie Wilson, Mark Bautista (the only looker among the strippers) and OJ Mariano, who gave a felt performance playing against type as a mama’s boy and closet gay.

“The Full Monty” may well be the most successful Atlantis production this year as far as audience reaction is concerned. By the way, the much ballyhooed full monty was a brief affair (pun not intended).

The 5th Musica FEUropa at the Far Eastern University Auditorium, the choral competition sanctioned by the European Union (EU), featured 30 (high school and adult) choirs with achingly beautiful voices. No wonder our choirs—notably the Philippine Madrigal Singers and the University of Santo Tomas Singers—are the toast of Europe. Well, in a manner of speaking.

Nine high-school choirs competed for the top prize of P30,000 while 21 adult choirs (later pared down to 12), with their partisan followers, slugged it out in the Open Category for the grand prize of 1,000 euros.

Himig Rosena won in the High School Category, while the Philippine Normal University (PNU) Chorale triumphed in the Open Category.

“The Best of Opera” was a blast, a grand production that only Resorts World Manila, at least for now, has the resources to mount. The visuals and big screen images were stunning. Gerard Salonga conducted the ABS-CBN Symphony Orchestra with youthful confidence and competence, and Anton Juan expertly directed the blocking and emoting.

What a treat to hear again all those ravishing overtures, arias, duets, quartets and choruses beautifully interpreted by our leading opera stars plus some excellent imports.

Favorite soprano Rachelle Gerodias again was riveting (in fact, she outdid herself) as Sisa in the famous aria “Awit ni Sisa” from National Artist Felipe Padilla de Leon’s “Noli Me Tangere,” greatest of all Filipino operas.