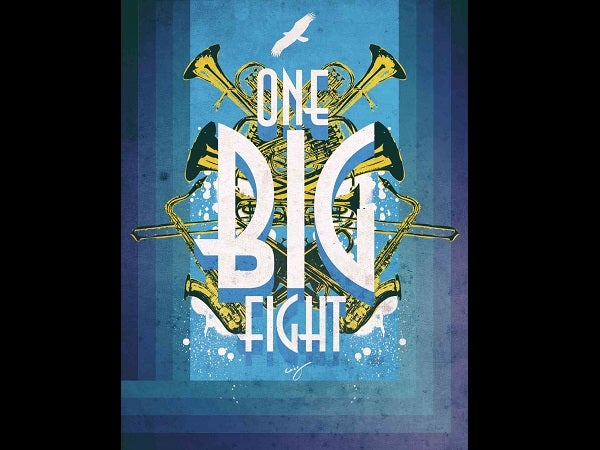 Bring back the brass In a surprising move, the brass sections used by member schools of the University Athletic Association of the Philippines (UAAP) have been banned from playing inside the venues of the basketball games. This took effect in the opening game of the Ateneo Blue Eagles against the National University Bulldogs last June 30 at the Mall of Asia (MOA) Arena. At presstime, it wasn’t clear whether this was imposed by the UAAP board or the MOA Arena management.

The Blue Babble Brass Band of Ateneo is a student-led varsity team, and is part of its Blue Babble Battalion. According to Rico Cruz (trumpet, BBB-Brass captain 2006-2010), the brass band was revived in the early 2000s after it was last seen in the 1970s, when Ateneo was still in the NCAA. Back then, the band was composed of alumni and college students.

In 2006, Cruz’s freshman year in college, he was tasked to recruit new members for the band. Since it was difficult to find students who were interested to join, the band had only seven members.

In 2008, the recruitment process was more effective and the band’s membership increased to 15. This had positive effects on the volume of the band’s sound during the games and the drumline routines.

Lost without the brass

The brass band may not get as much publicity as the Battalion, Band, or the Cheerdancers and lifters, but the unit is just as important as all the aforementioned. The “Ateneo Chant” is just not the same without the brass band, much so the singing of the “Song for Mary.”

The crowd looks lost without the guidance of the brass band in the game songs. Mark Dinsay, a Life Sciences major and current member of the brass band, said the group brings a sense of diversity to the whole UAAP experience. While some schools use just the standard snare and bass drum combo, others add a third layer in the brass section.

Alumna Abigail Agoncillo (trombone, BBB-Brass 2009-2012) said being part of the brass band gave her college life direction. It kept her sane when the rigors of schoolwork became too stressful. It gave her not just a team but a family.

“The brass band is the most under-appreciated group that I’ve seen,” she said, “but it just keeps going because the members believe in what they do, even when people don’t recognize how important they are to the school, and even when our own peers make fun of us.”

To her, the ban on the brass sections in the UAAP is absurd. “We want our voices to be heard, partly because we don’t want our years of hard work to go to waste, but also because we don’t want years and years of tradition to go down the drain. This is a silent battle; we know we’re challenging a giant, and we know this may not even lead to a victory, but as always, we soldier on because we believe in what we do.”

Joining a brass band gives students an opportunity to learn something new, something they can truly enjoy outside of their academic lives. It also gives them a creative outlet to support their respective schools.

The brass bands definitely add excitement to the UAAP. They have been part of the league for a long time. This whole brass ban is, in our opinion, one of those decisions that make the UAAP a retrogressive league.

(The author’s views do not reflect the Ateneo de Manila University’s stand on this matter.)