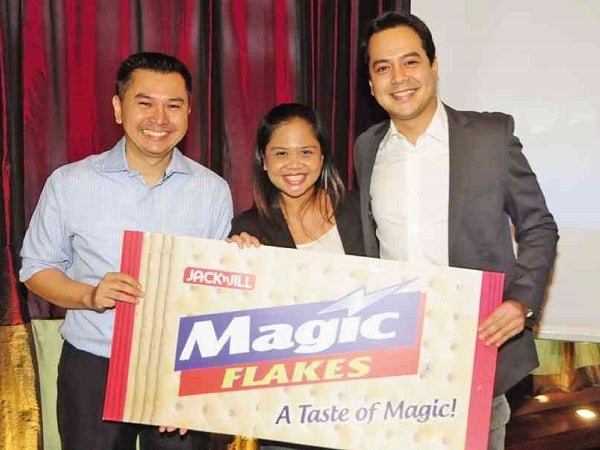 A taste of magic

Magic’s new campaign is all about life’s little surprises that can make one’s ordinary day magical. As if a portent of things to come, the brand gave one of its media guests a taste of magic during the launch held recently in Ortigas, Quezon City.

Through a raffle held at the start of the program, this writer was chosen to be the recipient of said magical moment. There was no mention yet of what it was, only that it would be given later.

The short talk and video presentation introducing the campaign were suddenly interrupted by loud knocking at the back door of Xin Tian Di restaurant at Crowne Plaza.

“Is Rissa here?” the “unexpected” guest asked as he entered the room. It was none other than John Lloyd Cruz, brand ambassador of Magic, much to our pleasant surprise.

John Lloyd and I then had a little chat, with him asking a few things about myself: “Do you like music?” (Yes!) “Do you like to sing?”  (Yes!)

Turns out, the music-related questions were due to the fact that I had won a Magic Sing karaoke mic. Just like that, my favorite Filipino actor brought magic to my day (He knew I love to sing!).

It is these kinds of moments that Magic and John Lloyd will soon share around the metro.