Bb. Pilipinas USA off to a beautiful start 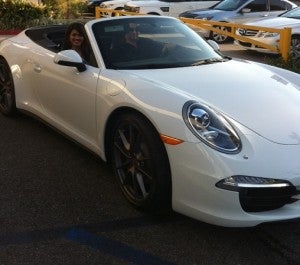 Several other candidates live out of state and were not available. 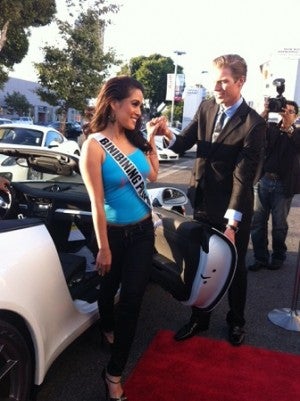 “The biggest challenge was finding women who can move on and compete in Ms. Earth and Binibining Pilipinas,” stated executive producer Mildred Deang. All candidates will be mentored by Venus Raj for a week, 5-6 hours a day.

“As a designer, I want to make their individuality shine more than my clothes,” stated official designer Alan Del Rosario.

The winner is expected to set a high standard for Binibining Pilipinas USA Pageants in grace, beauty and intellect.

Del Rosario asked all the candidates, “Who can talk about the current state in Egypt?!” Candidate number 16, Arienne Calingo, stepped forward and said, “I support the uprising in Egypt.” Calingo is a Fil-Am studying Arabic. 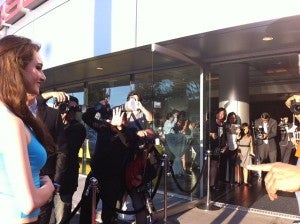 Kristina Cruz, candidate number 13, on the other hand teaches students, “I want to show my students that I am a person who is comfortable in her own skin and not afraid to put myself out there.”

The pageant’s foundation, Binibining Pilipinas USA Cares, will hold “A Fashion Gala” on July 21 to benefit the campaign for Filipino children of the Apl.de.ap Foundation and Mending Kids International.

Mending Kids International provides life-changing surgical care to children in the Philippines and other countries.

Apl.de.Ap Foundation builds classrooms, provides curriculums and promotes the entrepreneurial vision of students and children in the Philippines and Asia.