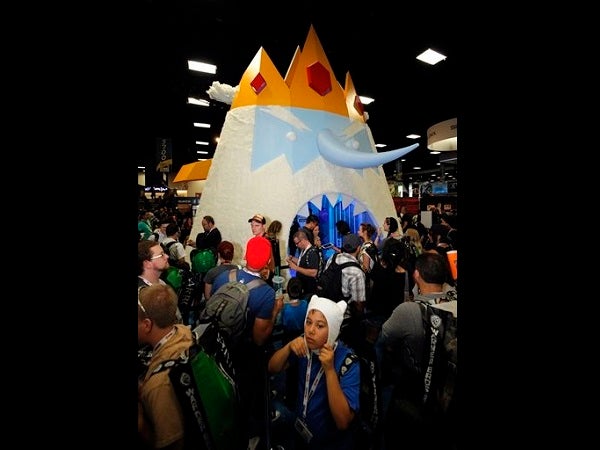 Fans wait to walk through a huge Ice King character at the Cartoon Network booth during the Preview Night event on Day 1 of the 2013 Comic-Con International Convention on Wednesday, July 17, 2013 in San Diego. Photo by Denis Poroy/Invision/AP

Comic-Con kicks off in San Diego

SAN DIEGO — The zombies, superheroes, space aliens, pirates and time travelers taking over the streets of San Diego can only mean one thing: Comic-Con is here.

The 44th annual pop-culture extravaganza kicked off Wednesday with preview night, which grants early access to the show floor to attendees with four-day passes.

Some fans camped out on the grass near the convention center to be among the first in line for Thursday’s presentations for TV shows such as “Dexter” and films like “Divergent.”