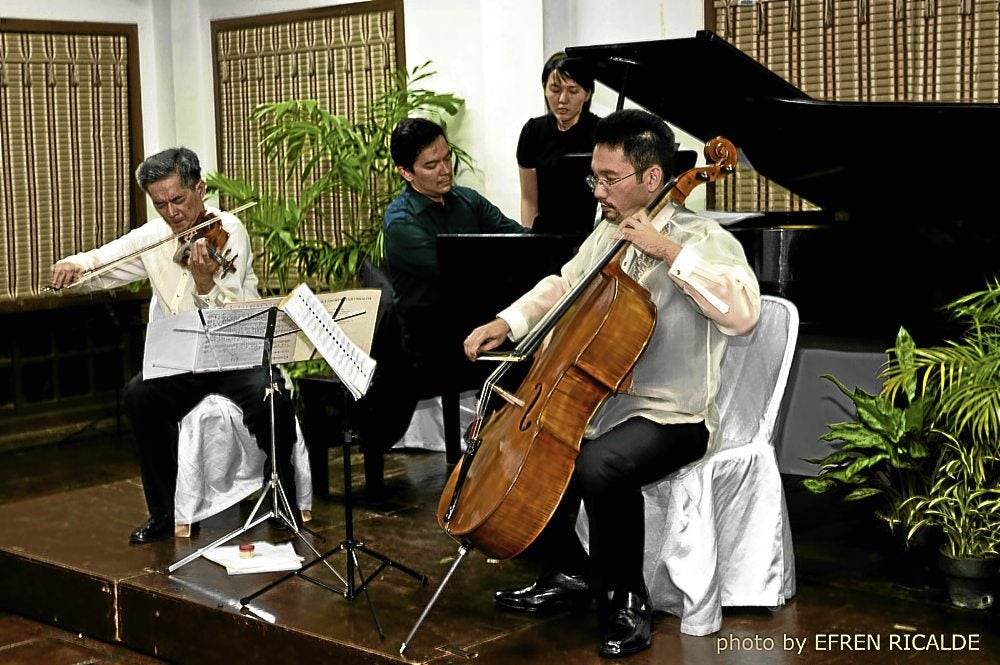 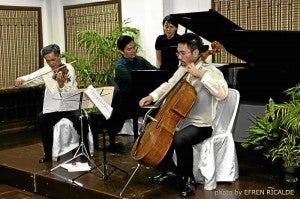 The three are noted concert soloists who had previously played in a solo recital or as soloist of symphony orchestra concerts.

The performance was the 10th of the concert series presented by Music News and Features.

At once, the trio established warm rapport with the audience which broke protocol by applauding after the first movement, allegro, of Paul Schonfield’s Café Music, the opening piece the trio played.

The music was fully engaging and magically light. The hall was transformed into an intimate café, where the trio was making intimate music to the delight of the café’s habitués.

Schonfield combines the elements of jazz and Broadway expressed in a light classic mould. The composer expresses a particular genius in investing this chamber work a classy touch for it to be played in an intimate hall and café, all for the enjoyment of the listeners.

The trio forged a debonair quality ensemble work, which underscored lush collaborative approach, bringing out the entertaining appeal of the work.

Unmistakably, the work evoked an American sensibility the audience showed familiarity with—what with those sixth and ninth chords that punctuated the first and the second, andante moderato, movements.

Schonfield, an American contemporary composer who has been likened to George Gershwin, aroused the curiosity of the listeners who instantly adored him.

In the Astor Piazolla numbers that followed, Concierto para trio; “Soledad” (arranged for piano by Albert Tiu) and “La muerte del Angel,” the audience all the more had a heightened moment of listening.

The subtle undulation of the tango lilt that the works exuded was voraciously savored by the audience. Each instrument essayed a solo part where each showed particular individual rich articulations. 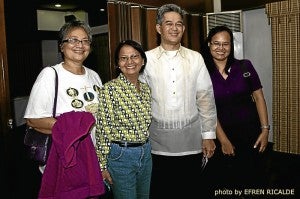 At times the instruments were paired in dialogic manner, as in Concierto para Trio, where the violin essayed some passages against the plucked staccatos of the cello, after which the piano entered, with all of them etching vibrant earth texture. At the end the audience swooned and gave hearty applause.

Listening was heightened in the handsome Mendelssohn’s “Piano Trio No. 1 in D Minor, Op. 49,” which capped the program. Despite the dull resonance of the piano to match the brilliance of Victor Michael’s cello, which opened the cantabile theme in the first movement, and the handsome intonation of Joseph’s violin in the second movement, the rendition nonetheless was superbly done. Rudolf’s assertive playing ensured a well-nuanced collaboration.

A standing ovation greeted them at the end. They encored George Canseco’s “Tubig at Langis,” moving listeners to clamor for more.

The trio played another Piazolla number that hushed the audience into more rapturous listening.