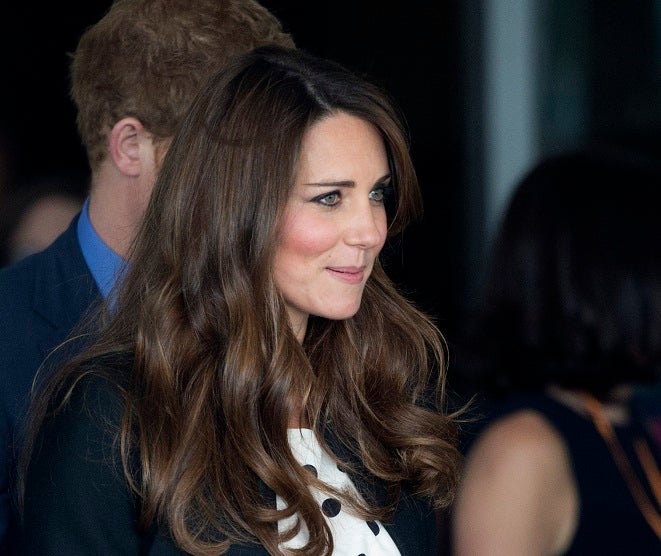 LONDON—Here is a timeline of the pregnancy of Prince William’s wife Catherine after she was admitted to hospital in labour on Monday.

December 6 — The Duchess of Cambridge leaves hospital after a three-night stay, saying she feels “much better”.

December 7 — Jacintha Saldanha, the Indian nurse who answered and put through the call, found hanged, having taken her own life.

December 16 — Kate returns to public duties at the BBC Sports Personality of the Year awards.

January 11 — She attends unveiling of her first official portrait, painted by Paul Emsley, at the National Portrait Gallery. The oil-on-canvas picture gets mixed reviews.

February 1 — England’s state prosecutors decided not to bring any charges against the Australian radio hosts, saying that “however misguided, the telephone call was intended as a harmless prank”.

February 13 — Anger in Britain as pictures of William and Kate holidaying on the Caribbean island of Mustique were printed in foreign publications, showing Kate in a bikini, her baby bump clearly visible.

March 3 — Kate goes sledging in the Swiss Alps as she, William and his brother Prince Harry attend a wedding.

March 5 — Britain’s media gets carried away when Kate visits the fishing town of Grimsby, after a member of the public misheard her, thinking the duchess had stopped herself when about to say ‘my daughter’.

March 20 — Presented with a “baby on board” badge as Kate and Queen Elizabeth II visit Baker Street station to mark the 150th anniversary of the London Underground train network.

April 24 — The duchess wears a maternity dress for the first time in public as she visits the National Portrait Gallery in London.

April 26 — Kate, William and Harry tour the Leavesden film studios, north of London, where they were presented with their own wands as they visited the Harry Potter sets.

May 22 — Kate attends a garden party at Buckingham Palace.

June 19 — Palace sources announce the baby, due in mid-July, to be born in St Mary’s Hospital in central London, hopefully by natural delivery. They confirm the baby’s sex will remain a mystery until it arrives.

July 22 — Kate admitted to St Mary’s at 6:00am (0500 GMT) in the early stages of labour. Her husband travelled with her for the short drive from Kensington Palace.