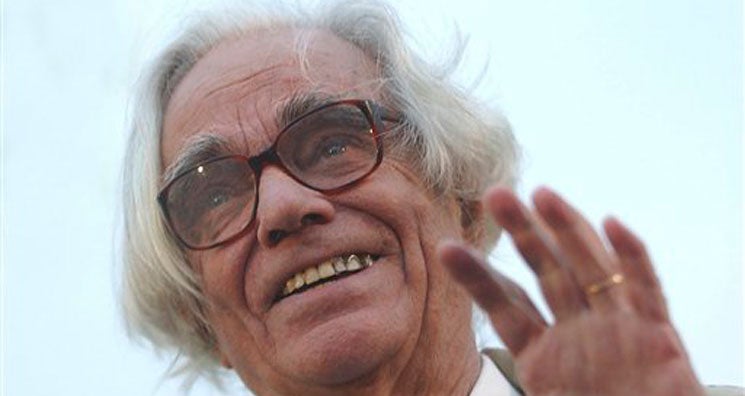 BUENOS AIRES, Argentina — Argentines are mourning the death of world-renowned artist and human rights activist Leon Ferrari, known for works challenging dictators and bishops and a world at war.

The 92-year-old Ferrari was buried Friday in his native Buenos Aires, where he did his most provocative work. His most memorable piece may be a Christ figure crucified on the wings of a U.S. jet fighter during the Vietnam War. Later, his colleges mixed images of Adolph Hitler and Argentina’s military junta with figures from the Roman Catholic Church.

The Buenos Aires archbishop who is now Pope Francis called Ferrari a blasphemer after he put statues of the Virgin in a blender, little saints in baby bottles, and Christ figures in a toaster to criticize how religion is fed to the masses.