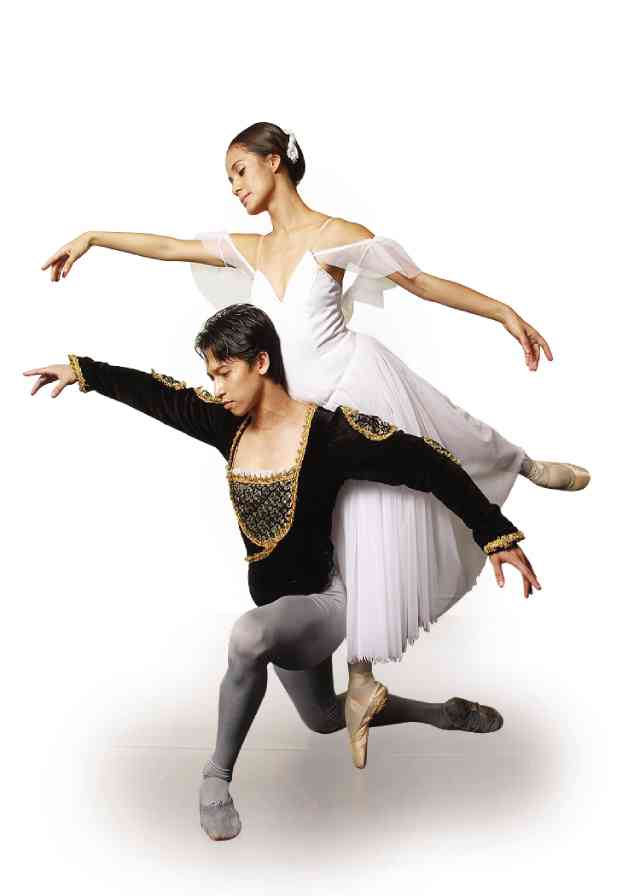 Ballet Philippines’ concept for its 44th season waxes philosophical about the role of the arts in enlightening the public.

“IllumiNation,” the season’s theme, revolves around a repertoire that subliminally conveys the values of forgiveness, faith, transformation and acceptance.

“‘IllumiNation’ is in the meditative sense,” explains artistic director Paul Morales. “There’s a lot of negative energy out there that needs to be neutralized. I hope for clarity, focus and better relationships in the company, and for country, the illumination on the importance of the arts.”

BP opens with the Romantic ballet “Giselle,” which will be shown  Aug. 16-18 at the Cultural Center of the Philippines. It   was last staged by the company in 1998.

“I’m of the (BP founder) Alice Reyes school of thought that the company can do justice to both ballet and contemporary,” says Morales. He adds that if BP had a huge storage like most companies abroad, “Giselle” should be a repertory piece so that it could easily be restaged. Since he and BP president Margie Floirendo joined the company in 2009, the company has grown from 18 to 27 full-time members and 15 apprentices. They can now do full-length ballets with a full corps.

Knowing Adolph Adams’ music like the back of his hand, Froilan restaged the choreography with inspiration from the Royal Ballet’s version.

“Their Act One is more humanized,” says Froilan. The audience gets to feel the harvest celebration in the village instead of watching a series of diversions of dancers in peasant costumes.

To him, Maniya was the compleat Giselle. The former prima ballerina of Atlanta Ballet understood what it meant to be a girl who was consumed with love but was deceived by Loys (Duke Albrecht disguised as a peasant.) In a finely nuanced performance, Barredo built her character from a naive peasant to a woman enthralled by love and to a heartbroken girl in the throes of madness. She led the audience on an emotional journey.

“That’s what I’m trying to tell the dancers. They have to follow a structure but still make the character their own,” says Froilan. BP production will feature three casts. Playing the title role are Katherine Trofeo, who renders a composed and lyrical interpretation; Carissa Adea who delivers an uninhibited performance, and newbie Denise Parungao.

The youngest of the three, the 19-year-old Parungao impressed Froilan with her girlishness and innocence, the attributes of Giselle. At the BP press conference, Parungao executed her solo where the hops on pointe seemed like a walk in the park.

Froilan points out that the partnership between Giselle and Albrecht is vital to the story. Actor-turned-danseur Jean Marc Cordero is rightfully cast in the dramatic lead. Known for his strong stage presence, Richardson Yadao, will partner Adea. Boyish newcomer Earl John Arisola is partnered with Parungao.

Part of the reason Maniya Barredo was able to deliver a heartfelt performance was having a great stage actress for a scene partner. Her aunt, Baby Barredo, played Berthe, Giselle’s mother in BP’s production in 1994. This season’s Berthe will be played by Shamaine Buencamino, an icon in Philippine theater, who will hopefully inspire the dancers to enhance their acting chops. Another award-winning actor, Bembol Roco, is cast as Duke Courland.

In keeping with the season’s theme, Morales points out that “Giselle” expresses undying love and forgiveness after death.

To mark the 150th birthday of Andres Bonificio, BP pays homage to the Philippine revolutionary leader with “Rock Supremo,” an original work using music by such local bands as Sandwich, Radioactive Sago Project, Peso movement and song writers like Rico Blanco. Morales will collaborate with fellow choreographers Alden Lugnasin and Dwight Rodrigazo. He recalls that they made their first outing together in 1992 for “‘Neo Filipino,’ BP’s concert of original pieces.

Morales cites Bonifacio’s leadership towards independence and his hope for the nation were his biggest contributions.

For Christmas, choreographer Edna Vida returns to her BP roots to stage the children’s ballet “A Christmas Carol.” She combines neoclassicism, contemporary, hiphop, theater and literature.

“It’s not just watching ballet but it’s as if they are reading it. It’s an experiment. I want to do something new by getting out of the comfort zone,” she says.

The choreographer maintains that the dance version remains true to Charles Dickens’ tale about a miser who improves his behavior after the hauntings of his late business partner Jacob Marley, and the Ghosts of Christmas Past, Present and Future. Vida says the main character, Ebenezer Scrooge, transcends time. “There are misers today as there were in the 19th century,” she says.

Marley comes to warn Scrooge to change his ways if he doesn’t want to suffer the consequences in the afterlife. Vida cites subtexts about Scrooge’s dysfunctional childhood—the rejection of his father because the wife died after giving birth to Scrooge and his isolation from friends. The adult Scrooge enters into a relationship which fails because of his materialism. The Ghosts reveal his present life of underpaying his clerk and his impending death.

Froilan plays the miserly Scrooge with Victor Ursabia as the alternate. The youngest of the cast, Cordero, is challenged by playing an old man.

“The story has many lessons,” says Vida on how the choreography fits the season theme. Morales adds that “A Christmas Carol” shares the message of compassion.

“It’s all about sexuality and ambiguity,” says Morales. The play is timely as it talks about the acceptance of homosexuality in society with the rise of laws on their legal rights, including same-sex marriage.

For her part, Floirendo says she is pleased that BP is widening its market. Last season, the restaging of “Rama Hari” brought in new audiences and reaped theater awards.

“The company has been sustainable. We are not in the red and our needs our met. Since Ballet Philippines is a non-profit foundation, the earnings go back to foundation,” she says.

Sixty percent of its earnings come from ticket sales and season subscriptions. BP will be more bullish about doing corporate shows for additional funding.

“We had a dinner for events organizers to show them the possibility of using dance for product launches,” says Floirendo.

Plans are afoot to build a temporary, 200-sq m studio and office at the parking load. Lorenzo Shipping donated containers that will be recycled to make the building.