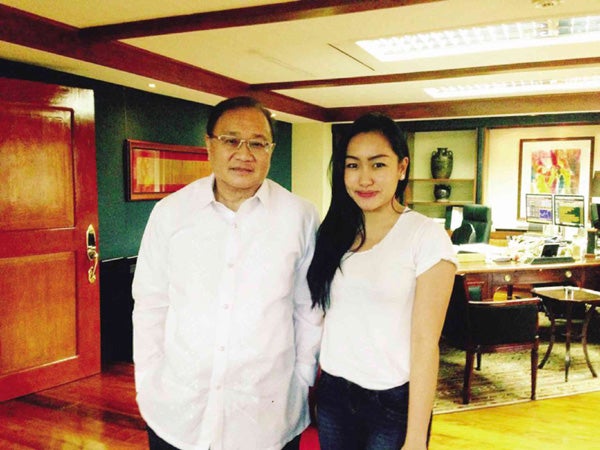 5 lessons the young can learn from Manny V. Pangilinan

The Internet generation is used to having a world at its fingertips, and though it may be more intelligent and more creative, it does tend to think everything comes easy.

Reinforcing the belief that everything comes easy are the Mark Zuckerbergs, Steve Chens and Ben Silbermanns of the world: Young millionaires who made big bucks—even if some people say “accidentally”—while in their 20s.

Though in this era it is possible to earn so much, and so fast, from creative ideas, one must not forget that what fueled such creations as Facebook, YouTube and Pinterest are hard work, patience and a whole lot of luck.

The rags-to-riches stories aren’t fairy tales; they are long, tedious narratives of ups and downs. But they are worth it, and numbers will prove it. According to the ranking system Bloomberg Billionaires Index, 75 percent of the world’s billionaires are self-made.

Manny V. Pangilinan, or MVP as he is called, is one of the most eminent, self-made businessmen in the country, and he’s quite proud of it. Although his backstory isn’t news anymore, this may need further emphasis: He grew up in a time when the Internet did not exist.

There was neither magic nor a high-tech, moneymaking Internet scheme in his life story. He strived through school, riding jeepneys and buses, moved out to work abroad, and struggled through entrepreneurial failures.

But his words, spoken calmly and carefully, are conceived unquestionably by a man of superior education and experience. The journey has made him wise.

MVP shares with the youth his most important life lessons, in the hope that while they are young, pliant, and not quite on the Forbes list yet, they might as well develop Forbes-material habits instead.

He says so himself: The Internet generation is smart. No matter how clever it may be, however, it is not as smart as it thinks it is, and clichéd as it sounds, that money does not grow on trees.

Pangilinan stresses that there really are no shortcuts. He was a consistent honor student, and was on scholarship all his academic life, up until his MBA at Wharton School, Pennsylvania.

He looks back on his San Beda and Ateneo scholarships as his “lucky charms,” while his Wharton scholarship was from a Procter & Gamble national competition he won.

“I was a hard worker in school, I studied very hard. I guess I had to be studious because I wasn’t necessarily the brightest kid in class,” admits Pangilinan. “The only way to make up for that was to be diligent in studying. I was trained by that kind of work ethic. There is a tendency to be hands-on, a perfectionist and maybe insecure even, since one tends to get down to the details of the problems at hand.”

When you’re rich, are there rules on spending your money the right way?

Pangilinan, known to be low-key and unobtrusive, answers humbly, “Well, you have to earn it first.”

According to a similar survey he encountered, of the 100 richest people on earth, only 23 were inherited wealth; 77 were men and women of no pedigree, and not heirs to vast fortunes.

“The abiding lesson is that enduring long-term wealth, especially for self-made people, really comes from doing the right thing—no shortcuts, no corruption—and earning it the right way.”

When success is attained by hard work, one tends to see things long-term.

One of the frequently reported habits of the rich is that they see money as the way to freedom and opportunity, not the source of all evil. But when one is rich, does one get to spend money the way one wants it?

Pangilinan pauses, thinks for a while, and replies, “Well, within reason.” But one can argue, “That’s my money.”

He shakes his head slightly, “But, you know, we don’t exist in a vacuum. We exist within a certain milieu. If you flaunt your wealth, some people will be upset, especially in the context of poverty.

“I’m not saying that the rich should give all their money to the poor,” he continues. “One just has to be sensitive about spending his money.”

“The traditional role of business is to provide goods and services for a profit. Businesses have to make money, because if they don’t, it’s not sustainable. But I believe there is a very significant social dimension to business, one driven by self-interest. If we assist the incomes and welfare of all the people, especially the poor who buy our products, they will be more capable of buying our products. The rising tide lifts all boats.”

People are told that the country’s current economic growth does not trickle down to the lower socioeconomic classes. When this is raised, he goes into another important lesson: inclusive growth. “It creates a cycle. We are here to improve lives, because improving lives helps our business.”

Pangilinan says economic development must encompass as many people as possible. He mentions two industries that have the greatest impact on employment: agriculture and tourism.

According to him, “rich getting richer, poor getting poorer” is a rather harsh way to look at the situation.

“The government has been doing well in increasing economic wealth these past three years. We have to start somewhere. If the economy has slow growth, it would be more difficult. Now that we appear to be on a high-growth track, the focus of the government has been on promoting inclusive growth.”

This is evident not only in Pangilinan’s life story, but also in the way he perceives complex economic issues, such as the great Filipino Exodus.

“It’s simply a reality in this country, and I take a rather liberal perspective on this matter,” he says. “I’ve seen OFWs up close, especially in Hong Kong, where I worked for 22 years. They have been one of the main engines of economic growth in this country for so many years, and the largest export and industry of our economy. You can take a negative view about it, saying we are running out of quality labor or exporting our people and destroying families, but I don’t think we should make judgments about it.”

It will always be a fact, according to Pangilinan, and this should be perceived as a good opportunity to promote economic growth.

“I’m not pushing our people away, but instead of criticizing the situation, it would be better to deal with the issue. Let’s train our people properly and upgrade their skills, so they can receive proper compensation abroad and help out their relatives back home.”

Reverse migration efforts have also been made, according to Pangilinan. The government and various institutions have been pushing OFW retirees in the healthcare industry to come back and work here, even for a few months, to share what they learned abroad and contribute to local healthcare.

5. Be independent, then take risks.

He raises a common sociological inquiry: “Why have Filipinos excelled abroad but not here?”

Pangilinan believes that the extended family system in the Filipino culture tends to incubate a comfort zone: “The youth think that when they get sick, or lose their jobs, they can rely on their parents and relatives. This tends to stifle personal initiative.”

That was the reason  he left for HK in 1976. “There is nothing wrong with the warm cocoon of family. It feels good, it is comfortable,” he says. “But I wanted to be on my own, take the risk and see where my fortunes are.”

It is a common notion that Filipino youth are traditionally inclined to become employees. There is nothing wrong with that, says Pangilinan, but he hopes that a number will grow to be like the innovative thinkers in the History Channel television series, “The Men Who Built America.”

“They should be enterprising and become risk-takers. They are young enough to make mistakes, and they will learn from them,” he says.

Pangilinan encourages the youth to set up their own businesses, find their niche, and work towards becoming their own boss.

This attitude will be a great engine for growth, not just for themselves, but also for their families and the economy.

“The youth now are definitely brighter than we were, and certainly more personal thinkers,” Pangilinan says. “I think the younger generation will be better. I saw a manifestation of that in the 2013 elections. A number of the officials from the Senate down to the local levels are quite young, which I think is a good trend. I hope to see a better set of public officials.”