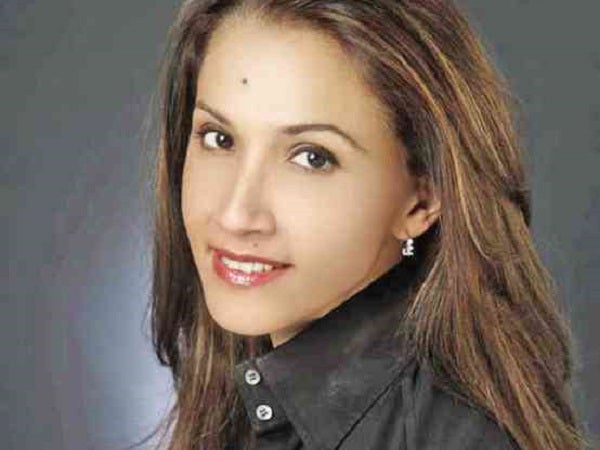 It was 1977. The world was going to change for Menchu Lauchengco, 15, a high school student, but she didn’t know it yet.

A friend had mentioned that Repertory Philippines was holding auditions for “The King and I.” Menchu wasn’t sure what one did in an audition. Sing and dance? Emote? Or perhaps recite a poem by Elizabeth Barrett Browning? “How do I love thee/ let me count the ways …”

But she had liked the musical and decided to give it a try. For moral support, Menchu persuaded her kid brother Raymond, 12, to accompany her. Ironically, it was Raymond who landed a part—as Louis, the son of the English governess, while Menchu went home empty-handed, in a manner of speaking.

She was deemed too old to be a royal child and too young to be a royal wife! But her interest had been kindled. The following year, she auditioned for another beloved musical, “Fiddler on the Roof,” and this time was accepted as one of the daughters of Tevye.

Flash forward to the present.

Lauchengco-Yulo will cap the “Triple Threats” concert series of the Cultural Center of the Philippines (CCP) on Aug. 15, 7:30 p.m., Aurelio V. Tolentino Theater. This is the third and last of a series of solo concerts, which has also featured Nonie Buencamino and Audie Gemora.

“Triple threat” is a theater term which refers to a performer who can sing, act and dance with equal proficiency. Overall director of the series is Chris Millado.

Actually, after three decades, Lauchengco-Yulo’s career has been reaching new peaks after acclaimed, award-winning performances as the bipolar Diana in “Next to Normal” and as the murderous Mrs. Lovett in “Sweeney Todd.” She has also become a director, helming well-received productions of “West Side Story,” “Little Women,” and “Jekyll and Hyde.”

Her other favorite roles include Fosca in “Passion,” Fantine in “Les Miserables,” Jadis in “The Lion, the Witch and the Wardrobe” and Eva Peron in “Evita.”

“All of these were either vocally challenging or very demanding emotionally,” she recalls.

The late Zenaida Amador and Baby Barredo of Rep were her first mentors, followed by Freddie Santos. “They were my foundation,” she says. “Jaime del Mundo and Bart Guingona also taught me a lot in theater, and I always turn to them for advice.”

The directors have different styles, but what she loves about Del Mundo and Guingona is that every project is a collaboration: “We argue, discuss until we both agree on an attack. I have a lot of respect for them. Bobby Garcia is another director I work very well with.”

Her brother Raymond is directing and conceptualizing the Aug. 15 show, which will feature an all-theater repertoire.

“People are surprised to learn that, after 35 years in the theater, this is my first solo concert,” observes Lauchengco-Yulo. “I just never felt the urge to embark on one. So I am very grateful to the CCP and Chris Millado for giving me this opportunity. Expect Broadway songs from musicals I have done, wish I’ve done, and hope to do so in the future.”

As a veteran performer, she has learned that “one never stops perfecting and honing one’s craft. I can never claim to know it all… you just continue to do your best, learn from mistakes. Yes, I still make mistakes. It’s a lot of dedication, sacrifice and hard work.”

But, she says, “when you get it right, it’s the most wonderful feeling.”