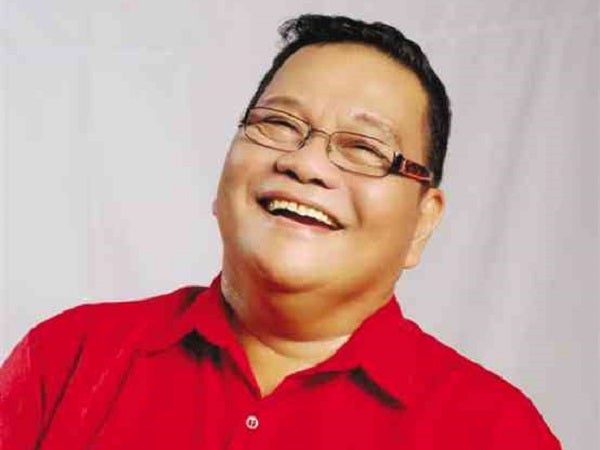 Also included in this year’s season are two touring musicals: the children’s musical “Ang Prinsipe at ang Pulubi,” Beth Puyot’s translation of Mark Twain’s “The Prince and the Pauper;” and the historical drama “Katipunan: Mga Anak ng Bayan,” to commemorate the birth sesquicentennial of Andres Bonifacio.

Lamangan, while well known for his work in film, actually started out in theater.

He was part of the cast of “Katipunan: Mga Anak ng Bayan,” Gantimpala’s inaugural production directed by Espejo, in 1978. Now, as artistic director, Lamangan comes full circle as he will co-direct with GT board chair Jun Pablo a new musical version of the play with lyrics by Bonifacio Ilagan and Jeffrey Camanag, and music by Jesse Lucas.

Born and raised in Cavite City, Lamangan’s earliest influence towards a life in the performing arts was watching his paternal grandmother Juanita directing “moro-moro” productions.

His activism was sparked while doing odd jobs at the Naval Station in Sangley Point, then still run by the US Navy (where his paternal grandfather served as a constable).

These two passions already merged as early as his student days at Cavite National High School, where he formed a theater group called Teatro Caviteño. “We staged agitprop plays,” he recalls.

For college, he enrolled in Political Science at Lyceum of the Philippines University. He later transferred to the University of the Philippines to take up Philippine Studies. This was during Martial Law (1972-1981); he joined street demonstrations and, as a result, was jailed twice (1973 and 1977) and tortured. While he was incarcerated in Camp Bagong Diwa, he staged poetry readings and one-act plays.

Upon his release in 1978, he resumed his studies at UP and there he directed “Mayo A-beinte Uno Atbp. Kabanata” for Samahan ng Mag-aaral sa Pilipino.

He was hungry to learn more about theater and took an acting workshop with Repertory Philippines, where he was tasked to do Brutus’ monologue from Shakespeare’s “Julius Caesar.”

“In the province, the Brutus monologue is usually an oratorical piece rather than an acting piece, so I orated. [Rep founding artistic director] Zenaida ‘Bibot’ Amador asked me ‘What are you doing?!’ and I said ‘Ma’am, I am orating.’ She screamed at me to get out and threw an ashtray at me. I never went back,” he says, laughing.

Lamangan used to hang out at Fort Santiago and, one day, as he passed by the open-air theater Dulaang Rajah Sulayman, where the Philippine Educational Theater Association was based at the time, he saw the group rehearsing “Antigone.”

“Their work impressed me and I joined their workshop,” he says. This time, he finished the workshop and was later accepted as a member. He honed his writing and directing skills under the likes of Lino Brocka, then Peta’s executive director, among others.

“In the beginning, I really wanted to be an actor, but, in time, I realized I would like to be the pilot in shaping the interpretation of texts in a certain way, that I would like to direct instead.”

He joined Gantimpala because “I wanted to expand my horizons,” he says. Lamangan also did productions with the Manila Metropolitan Theater. As a delegate of the International Theater Institute, he was able to go abroad to study Brechtian theater, the Theater of the Oppressed, and the like.

After his acting debut for Gantimpala, the first production he directed for the company was Benjamin Pascual’s “General Goyo.” That was in 1979. His last production for GT was “Balisawsaw Pusong Ligaw,” Ricky Lee’s adaptation of “Dog Day Afternoon,” staged in 1989.

Lamangan transitioned to TV writing and directing in the ’80s. “In the early days of my TV directing, I had a lot of separation anxiety from theater. I really missed theater.”

He cast Amador in one of his TV shows and asked her, “Do you remember me? You threw an ashtray at me.”

“She told me, ‘See? If I didn’t throw that ashtray at you, you wouldn’t be where you are now!” he says, laughing.

“When Lino [Brocka] died in 1991, I decided to join the film industry,” he says, debuting with “Darna” in 1991. Whether in comedy or drama, social realism as filtered through his own interests in activism, human rights and related topics is a common subject matter in his film output. This year alone, he has directed “Burgos,” about desaparecido activist Jonas Burgos (the closing film of the ongoing 2013 Cinemalaya Independent Film Festival), and “Lihis,” about communist rebels during the ’70s (an entry to the 2013 Sineng Pambansa All Masters Series Film Festival).

This advocacy, of course, permeates all his works, including theater. “I believe that we are citizens first before we are artists. Artists do not stand on a pedestal, we are part and parcel of the community that we live in. Artists’ work should be a reflection of the truth.”

“[Social realism] is part of the thrust of Gantimpala Theater. All art, whether theater, film, literature, music, should say something about a certain group of people in society at a certain time. Anything that is expressive of something is social. We are all social beings.”

While his appointment as GT’s artistic director may be perceived as a homecoming, he has never really completely left theater, he says. He regularly gives workshops to theater groups and ensures he either directs or acts in at least one theater production per year. Just last year, he acted in Dulaang Unibersidad ng Pilipinas’ “Forsaken House” and GT’s “Sayaw ng mga Seniorita.”

“I was trained in theater. I would not be where I am now if not for theater. Theater is my first love. Not that I don’t find fulfillment in film and TV work, but this is where I find fulfillment. I have reached a certain stature—na hindi naman katinga-tingala (that’s not really anything worth looking up to)—but, nonetheless, I have to use it, I have to give back. This is where I came from.”

“The arts is never seen as a force,” he adds. “People talk of economic forces or political forces but culture and the arts are the soul of a people. It is a strong force, instrument, system that can be used for change, to expose and correct weaknesses and to strengthen what is right. It can uplift us to a certain kind of standard.”

For Gantimpala, he says, “We want to do theater that serves the needs of the people through the truth of our productions. We want to train young people in the disciplines of theater to produce future good Filipino artists.”