A $38,000 handbag not unheard of in luxury market | Inquirer Lifestyle ❮ ❯ 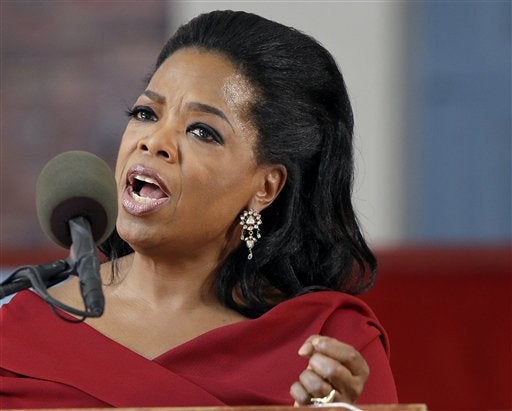 But for the richest sliver of the global population, it’s a realistic option — and buyers aren’t short of choices.

In the upscale boutiques of Singapore, New York or Zurich — where Oprah Winfrey claims a sales clerk refused to show her a $38,000 bag — purses priced in the four figures are common. In fact, they’re so common that a higher level of luxury exists to set the super-rich apart from the merely affluent.

A budget of about $1,000 to $2,000 will buy one of the cheaper bags by luxe labels such as Prada, Hermes, Fendi, Chanel or Louis Vuitton.

But that’s just the starter step. Many labels create the same style of bag in a range of fabrics, from leather to more expensive calfskin, snakeskin and crocodile skin. Adding silver or gold clasps or precious stones can increase the price tag, while limited editions and one-off creations can fetch astronomical sums.

The item at the center of the Winfrey dispute was reportedly a Tom Ford Jennifer bag — named for Jennifer Aniston, a fan of the American designer. The version on sale at Zurich’s Trois Pommes was one of the higher-end models, priced at 35,000 Swiss francs ($38,000).

Prices for Hermes’ Birkin bag — a square, sturdy tote that has become one of the most-coveted luxury handbags since it was introduced in the 1980s — start at about $10,000, but have gone as high as $200,000, for a red crocodile skin Birkin sold at a 2011 Christie’s auction.

That, however, is not the world’s most expensive handbag. According to Guinness World Records, that honor goes to a heart-shaped gold purse from jewelry house Mouawad covered in 4,500 diamonds and valued at $3.8 million.