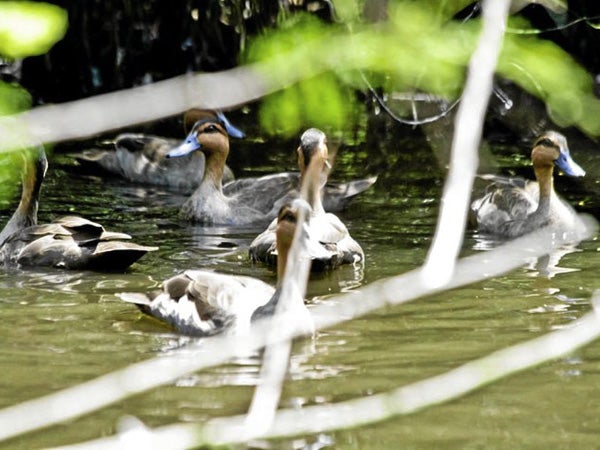 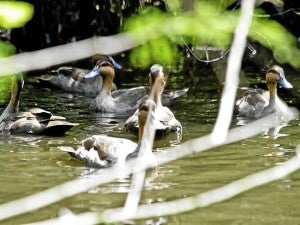 MANILA, Philippines—The country’s only endemic duck, down to less than 5,000 based on estimates made six years ago, now has a safe haven: the fifth-class municipality of Cabusao in Camarines Sur province.

The Department of Environment and Natural Resources has issued an order declaring a 27-hectare wetland in Cabusao as the critical habitat of the Philippine duck, or the Anas luzonica, which has been under threat from hunting and environmental destruction.

The declaration would give the species, which an international conservation group has listed as “vulnerable,” better chances of survival, according to Environment Secretary Ramon Paje.

“It will hopefully give this unique bird a chance to live and propagate in a place free from exploitation and destruction caused by high-impact human activities,” Paje said in a statement.

The Philippine duck sports a blue-grey bill, a cinnamon-colored head and neck, and grayish-brown feathers coating its body and legs. It is also marked by a black crown, nape and eye stripe. Its outstretched wings reveal a white underside and glossy green patches with black and white edges.

It is considered the “tropical version of the mallard,” another duck species usually found in the Americas and Europe.

The Philippine duck is described as a large dabbling duck, or the type that tips headfirst into the water to feed. It can live in fresh and saltwater habitats such as mangroves, rice fields, or the open sea, where it can feed on shrimp, fish, insects and vegetation.

According to the 2005 Asian Waterbird Census, the Philippine duck population stood at 4,428.

The DENR noted, however, that there have since been fewer sightings of the bird. The International Union for Conservation of Nature has classified it as “vulnerable” under its Red List of Threatened Species.

The duck’s population decline is being blamed on unregulated hunting, the conversion of natural wetlands, the loss of mangrove forests, and the extensive use of pesticides on rice fields.

What’s left of the Philippine duck has also been sighted in Lake Naujan and Mt. Iglit Baco National Parks in Mindoro and on Olango Island in Cebu. But it has almost disappeared from the Candaba marsh in Pampanga due to the spread of aquaculture and fish pen construction.

With the declaration of Cabusao as a critical habitat, there is hope that the population decline could be stopped and even reversed.

The coastal town lies within Camarines Sur’s first district, facing San Miguel Bay in the north. With fishing as its main economic activity, it is classified as a fifth-class municipality, with an average annual income of less than P25 million, making it one of the country’s poorest.

The Wildlife Resources Conservation and Protection Act defines a critical habitat as a patch of land located outside a protected area and has the presence of threatened species.

Under an administrative order recognizing Cabusao as a critical habitat, the DENR’s Region V office is required to define the boundaries of the critical area and manage it in cooperation with the local government.

The DENR regional office must preserve the existing ecosystems crucial to the duck’s survival, largely by enforcing environmental laws not only against hunting but also waste dumping, mining, quarrying, burning and logging.