Maring: The good, the bad and the ugly | Inquirer Lifestyle ❮ ❯ 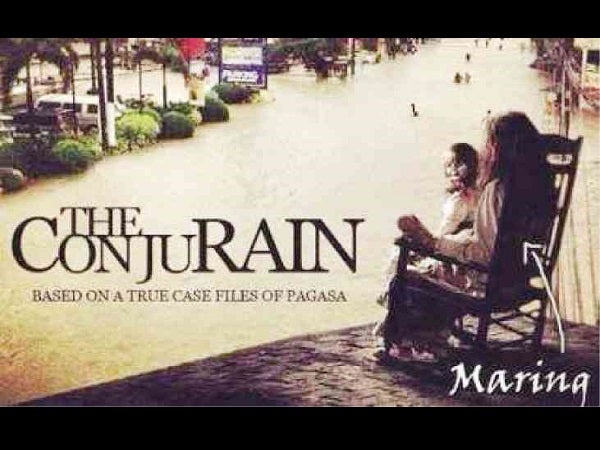 THE CONJURAIN We agree, those rains were way scarier than Bathsheba.

Maring: The good, the bad and the ugly

Volunteers volt in. People quickly rushed to help those in need, with some heading out to relief centers to pack and distribute donations, some setting up soup kitchens and serving hot meals to evacuees, while others joined rescue operations. Those who were stuck at home because of the floods chose to raid their own pantries and closets for things they could donate once the water receded.

Unified hashtags. They worked before and they worked again. Netizens harnessed their Twitter power and put the unified hashtags #RescuePH, #ReliefPH, #FloodPH to good use, making rescue and relief efforts more organized.

@MMDA. The MMDA’s Twitter account was also working nonstop to make sure motorists were informed of flooded areas that were not accessible.

Safety first. We would like to commend the businesses that chose to send their employees home during the typhoon and the malls that did not penalize them for closing during those days.

Soul food. Some owners decided to turn their restaurants into relief centers like Pino on Malingap St. which used their space to prepare sandwiches for those in need. We’re fans of Pino (we love their nori cheese sticks and kesong puti salad) and now we have even more reasons to love them.

Comic relief. Once again, calamity-themed memes made the rounds. Our favorite was the timely reimagining of “The Conjuring” movie poster. The Conjurain—that was brilliant. Because we agree, those rains were way scarier than Bathsheba.

Wet pets. The furry ones weren’t forgotten. PAWS Philippines worked tirelessly to make sure that the stranded pets who were separated from their owners during the panic were given a home until they could be reunited with their humans.

Insensitivity. These posts we saw on our Facebook and Twitter feeds said it best: “May bagyo na, #OOTD pa rin?” “Utang na loob, baha na, nagse-selfie ka pa din?” “May be more prudent not to post food pics for now while our other kababayan are experiencing the fury of the storm and floods.”

Opportunistic politicians. Again. They show up every time there’s a calamity, these so-called public servants who turn other people’s misery into a photo-op. They plaster their faces on tarps placed at relief centers, on bags that hold the donations. No shame, still no shame.

Prevention. Why does this have to happen every damn year? It’s become a tradition—one that we have started to dread. Yes, our people have shown resilience and there was a huge outpouring of help and support from all over the country. But our government needs to think about long-term solutions. We can’t keep relying on relief and rescue—we need a better way to deal with calamities. Yes, the Filipino spirit is waterproof. But that doesn’t mean we should keep getting drenched.