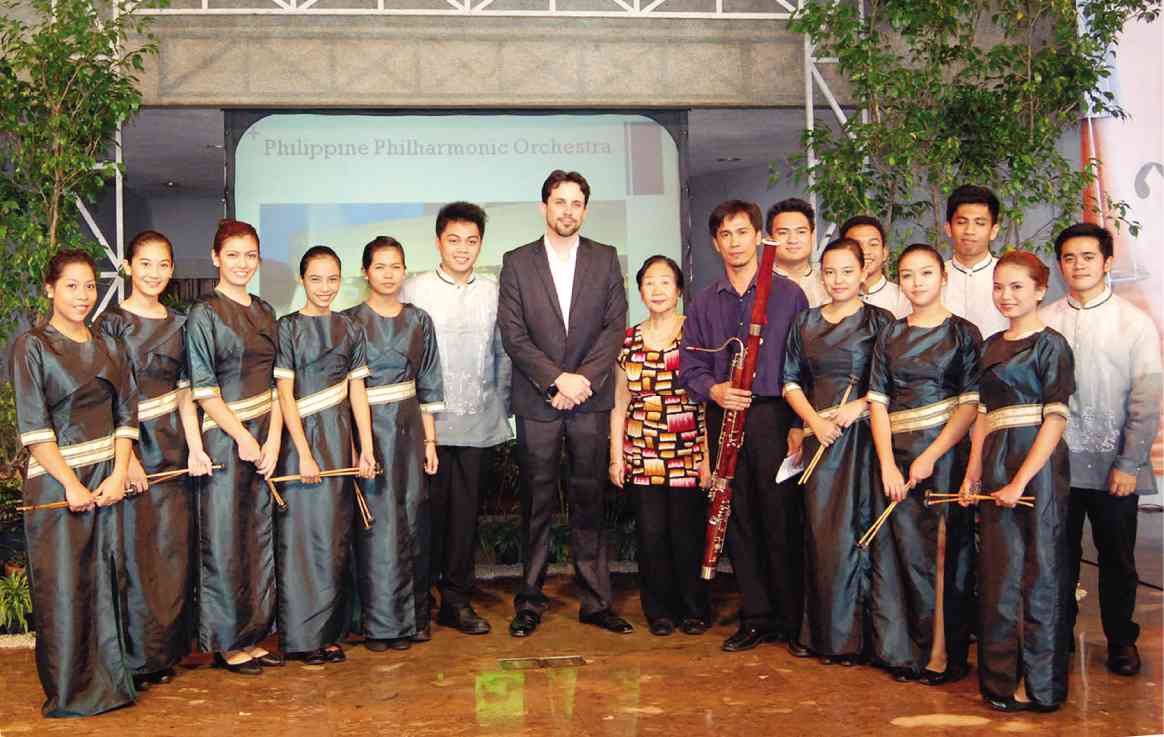 Philippine Philharmonic comes ‘out of the box’

“The Philippine Philharmonic Orchestra (PPO) is one big, beautiful sound, as led by its music director, Olivier Ochanine. They are 70 voices but they are also individuals, leaders in their own communities. They have an outreach program, they always take the opportunity to go out… And this year will go the extra mile.”

The remarks are from Chris Millado, vice president and artistic director of the Cultural Center of the Philippines, who spoke at a recent press conference at the CCP to announce the 2013-2014 season of the PPO, which begins on Sept. 6 (call CCP Marketing at 8321125).

“Particularly exciting to me,” said Ochanine, “is our new series of concerts at Rizal Park called ‘Out of the Box,’ where everyone will have the chance to hear a wide array of music and see stellar collaborations between local schools and the PPO.”

He added: “These free family/youth concerts will be everyone’s chance to learn more about music and its ability to touch all of us in a meaningful and unique manner.”

There will be partnerships with PTV 4, Ateneo de Manila, University of Santo Tomas, Far Eastern University, and University of the Philippines-Manila. One of the “Out of the Box” concerts will be in connection with the 150th birth anniversary of the hero Andres Bonifacio.

“The ‘Out of the Box’ program is still evolving,” said Winston Santiago of CCP Marketing. “We are collaborating with the schools and will make Rizal Park something different. There will be a Christmas concert with UST, a ‘Tamaraw’ theme in January with FEU, and, in February, a love concert with Ateneo.”

The big news is that Patricia Bonifacio, granddaughter of Procopio Bonifacio (who was slain by Aguinaldo’s henchmen, along with his brother Andres, on May 10, 1897, in Cavite) is doing a musical for the PPO season.

“We are very excited about this,” Santiago said.

“There will be surprises,” promised Ochanine.

And immediately he unleashed one upon the guests. With PPO icon Lourdes de Leon Gregorio, the harpist, at the piano, Ochanine picked up a flute and rendered a soulful Concertino by Chamilade. The two artists were roundly applauded at the end.

The young men and women of the FEU Bamboo Band capped the press con by playing folk songs, such as “Magtanim ay Di Biro” and “Leron-Leron Sinta,” all the while dancing with precision steps. Quite a feat, that.