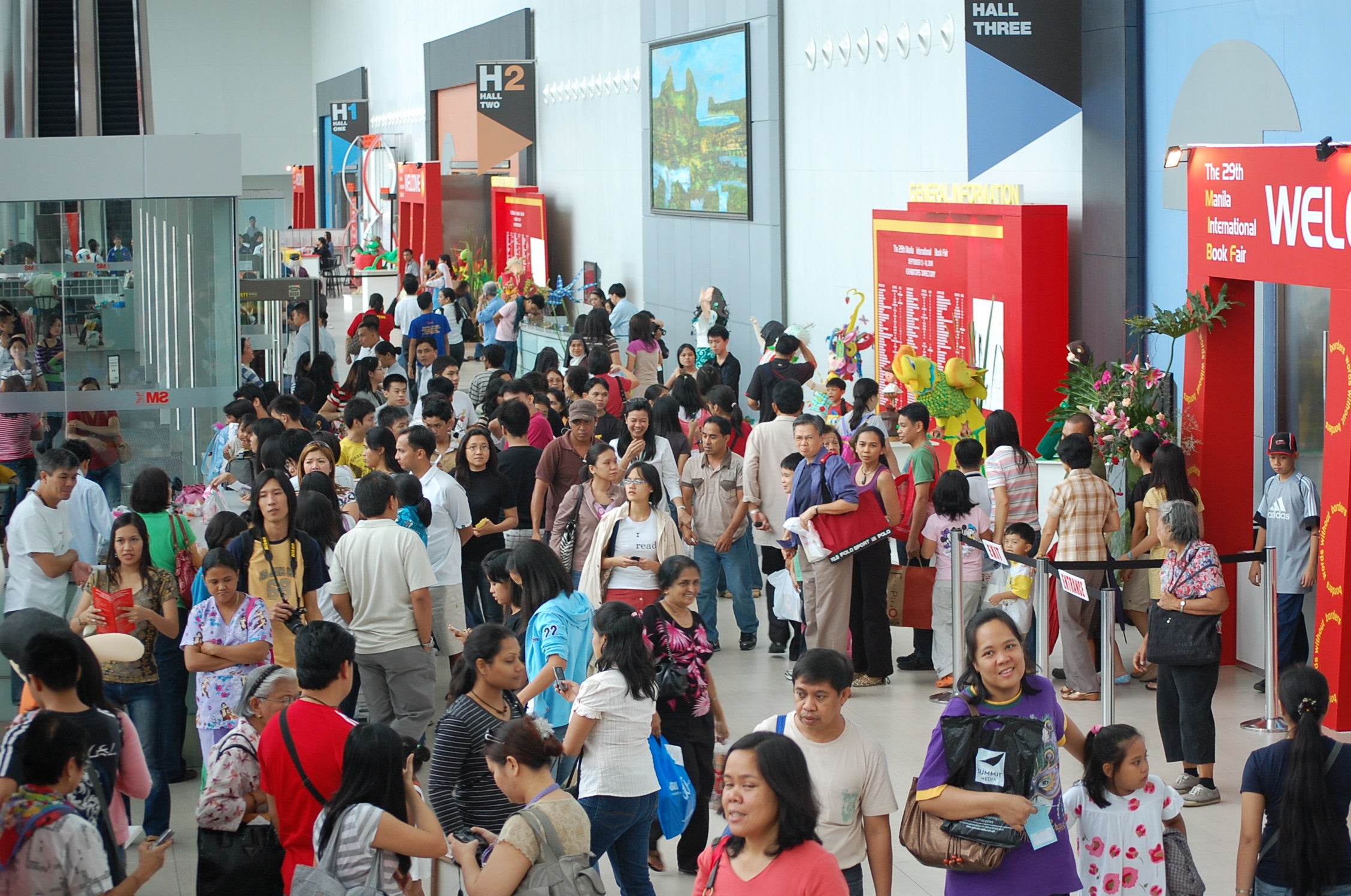 The Manila International Book Fair (MIBF), the biggest and longest running book fair in the Philippines, has certainly gone a long way over the past three decades.

The only internationally-recognized book fair in the country, the MIBF is a paramount event for all the players in the book industry: local and foreign publishers, wholesalers, retailers, book lovers and collectors, librarians, authors, and publishers’ representatives.

Through the years and economic ups and downs, the MIBF has showcased the largest and most varied collection of reading materials, as well as book launches, author signings, dialogues with readers, and other book-related activities that reach out to a wide audience of over 85,000 visitors. 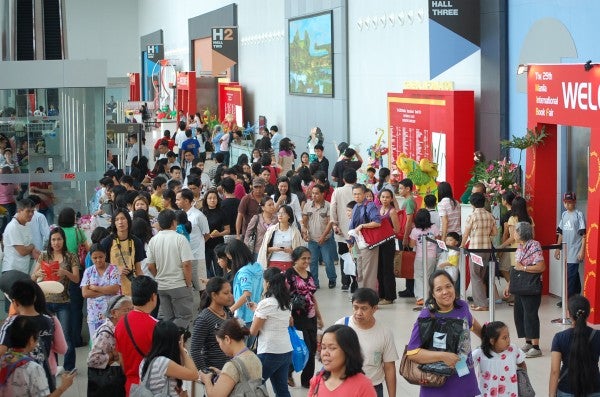 As the MIBF celebrates its 34th year on September 11-15 at the SMX Convention Center, Mall of Asia Complex, Pasay City, it once again proves its rank as a stronghold of the Philippine book industry.

The MIBF traces its roots to the old Philcite grounds in 1980, then known as Bookfair Manila, a month-long, was an in-door exhibit featuring exhibitors from all over the world. Back then there were few local publishers.  Bookfair Manila was a joint effort of the Book Development Association of the Philippines (BDAP) and Philcite.

“It was the early days of the exhibitions industry in the Philippines,” reveals Irene Lloren, president of Primetrade Asia, organizer of the MIBF. “Philcite was the only exhibition venue, and it was difficult to get people to go there, so events usually took the entire month.”

Back then, reports Lloren, it was all pretty straightforward – books were put on display, and it was all about selling. “People would come in trickles, and the exhibitors would jostle to catch their attention. And at the time, exchange rate was only about P7-8 to the dollar; the generated sales for one whole of month of selling was a grand P5000!”

As the local book industry flourished, and the annual book fair gained a regular following, it moved to bigger venues to accommodate both the exhibition and the crowd: the Philippine Trade Training Center in 1990; the Megatrade Hall in 1993; and World Trade Center in 2004-2007; and finally, SMX Convention Center in 2008. The event was officially named the Manila International Book Fair in 2003 because all bookfairs around the world are named after the city where it is held. 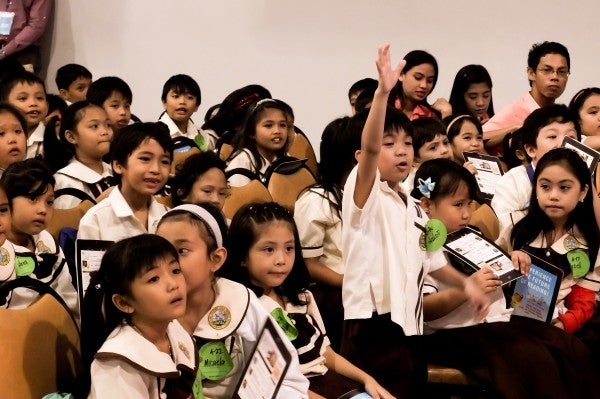 “SMX is currently the largest exhibition space in the country, the perfect venue for an event that’s ever-expanding like the MIBF,” says Lloren. “We initially had apprehensions because it is in a location considered “far-flung” by those from the other side of town, but the figures in the past three years have continued to surprise us – the headcount keeps on increasing each year!”

Lloren also notes that the range of books has grown tremendously over the years. “At the onset we had mostly imported books like encyclopedias and general references. With the growth of the industry came an increase in the selection. Now we have all sorts of literature, trade books, textbooks, educational supplements, religious and inspirational titles, self-help, management, Filipiniana, coffee table books, popular novels, children’s books, art books, graphic novels, rare and hard-to-find titles, magazines, and travel materials,” she observes. “And of course, technology has revolutionized reading, from audiobooks to multimedia, and now e-books.”

While the MIBF continuously evolves, one thing remains the same: its objectives.

“The Book Fair was founded to bring books closer to the Filipino people,” reveals Lloren. “Three decades later, we still promote good reading habits, and provide a venue for an exchange of ideas among the players in the industry.”

Over the years, the MIBF has become more than just an event; it is also a destination for book lovers from all walks of life.

“It is a challenge to mount the MIBF each year, but I think the event has been instrumental in making reading a part of pop culture,” Lloren asserts. “In the first decade, it was more of the librarians and academicians who visited the event, but later on, it evolved into an annual tradition among generations of readers.”

And despite the fluctuations in the economy and the political atmosphere, the MIBF has stood the test of time, making the Philippine book industry thrive even the most crucial times.

“Our exhibitors will tell you how much the MIBF has improved their sales, as they launch new titles and come up with their own sales strategies for the five-day event,” expresses Lloren. “And the visitors keep coming back, bringing friends and family with them — it never fails to amaze us each year.”

And as the MIBF keeps abreast of technology and new developments in books and reading, Lloren assures the public a bigger, better book fair each year.

“We treat each book fair as if it were our last,” Lloren reveals. “It takes hard work and a lot of creativity, but we give it our best shot.”