No such thing as ‘stem cell in a bottle’ | Inquirer Lifestyle ❮ ❯ 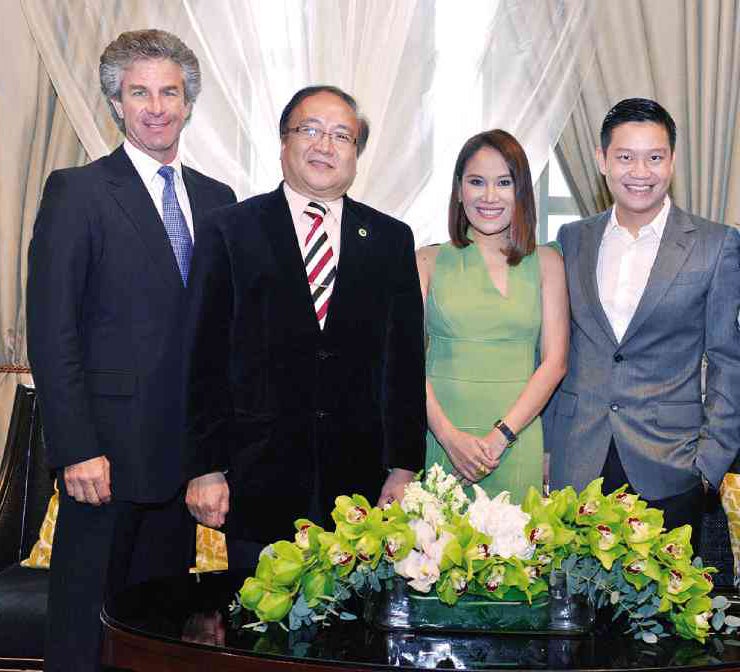 No such thing as ‘stem cell in a bottle’

The Department of Health and some medical organizations are calling for a clampdown on hospitals, clinics and centers offering stem cell treatments. But instead of being discouraged, one of stem cell therapy’s vocal advocates and practitioners in the country said she welcomes the move.

At the launch of StemCare Institute Center for Pain and Regenerative Medicine, a new division of The Skin and Laser Clinic, Dr. Aivee Aguilar-Teo said she believes the procedure needs to be regulated.

“The word ‘stem cell’ has been used loosely, which is sad. So [the crackdown] is good in a way because we really need to regulate,” said Dr. Aguilar-Teo, who, with her Singaporean physician husband, Z, owns and runs StemCare.

“There’s this impression that all stem cell treatments are the same, which isn’t the case. The techniques and sources of stem cells are different [from clinic to clinic].”

“Medicine is evolving and we don’t want to be stagnant. We want to learn more,” said Dr. Aguilar-Teo, who has had FSCR patients seeking help for sports injuries, autism, Parkinson’s disease, among others.

“With StemCare, we’ve created a team  of an orthopedic surgeon, an anesthesiologist and pain specialist, a general and hair restoration surgeon. What we’re doing is more preventive

Since they began offering FSCR for cases other than cosmetic, the ratio of patients seeking relief from pain vis-à-vis anti-aging cases is now 50:50, she said.

“We’ve had inquiries from as far as Dubai, Myanmar… There’s really a need. At first we were doing it only for beauty and rejuvenation. But along the way we’ve gotten new cases, like autism, Parkinson’s, joint pains like arthritis and shoulder pains, skin conditions like scleroderma and psoriasis, hair loss, sports injuries. We’ve been having inquiries for cerebral palsy… So we see this as a natural progression from our anti-aging treatments.”

Dr. Aguilar-Teo’s husband, and her father, the politician Nene Aguilar, have undergone FSCR for knee pain, with her father foregoing knee replacement altogether after getting relief from the treatment.

There were also video testimonials from  Morris and Romulo, hairstylist Jing Monis, and broadcast journalist Karen Davila, who emceed the launch, and whose son David was given FSCR for autism.

The call for stricter regulations on stem cell therapy stems from the fact that the treatment is only in the experimental stage.

“It’s hard to claim,” Dr. Aguilar-Teo conceded. “There’s no 100-percent guarantee. We want to provide alternative and complementary treatments for traditional methods. For instance, conditions that have no definitive cure. Say, you need knee replacement; you may want to opt for this. We see no harm in trying.”

In FSCR, a patient’s stem cells are harvested through a mini liposuction, either from the lower belly or the inner thigh. The procedure is surgical.

A machine onsite then distills the stem cells from the fat, which are then injected back into the patient.

Stem cells are believed to replicate and differentiate body organs, and turn into different body parts to replace damaged and diseased cells and tissues.

“It’s from your own body so there’s less risk involved,” Dr. Aguilar-Teo said during the forum. “There’s no fear of rejection or allergic reaction. We can’t promise cure, but we can promise it won’t harm you. In  over 100 cases we’ve done, so far we haven’t seen any side effects.”

“The worse that can happen is that it may not work,” added Dr. Mark Berman of the California Stem Cell Treatment Center. “Maybe there are not enough healthy stem cells. When that happens, we typically bring the patient back free of charge.”

The Teos have partnered with Dr. Berman’s US clinic so “we could learn from each other, and train from one another, and transfer our technologies,” said Dr. Z Teo, the chief executive of StemCare.

Dr. Berman is co-founder of Cell Surgical Network, an international group of physicians whose mission is “devoted to advancing access and quality care in the area of adult stem cell regenerative medicine to help people suffering from a variety of inflammatory and degenerative conditions,” says its website.

“We’ve established our Investigational Research Board to be used to tell the [US] Food and Drug Administration of what we’re doing,” Dr. Teo said. “As we know more, the more questions we have. We’re going international to learn from each other, to get the best possible technologies. We share our database of cases.”

“Dr. Berman has established a set of protocols that we want to learn from,” said Dr. Aguilar-Teo. “We’re open to new treatments as long as they do no harm.”

Dr. Leo Olarte, president of the Philippine Medical Association, said only autologous adult stem cell treatment is allowed in the country. “Only stem cells from the patient or another human being are allowed. Stem cells from animals or plants are not.”

He added that only clinics and doctors accredited by the Department of Health are authorized to administer stem cell treatment. (Application for DOH accreditation is only until tomorrow.)

“There is no such thing as ‘stem cell in a bottle,’” Dr. Olarte said.

In the US, Dr. Berman, a cosmetic surgeon, said stem cell therapy isn’t under the jurisdiction of the US FDA, since it’s a surgical  procedure.

“The FDA is responsible for approving drugs and devices,” he said. “If you take cells from somebody and manufacture it in a laboratory and make claims about that,  you’re making a drug. But if you’re doing what Dr. Z and Dr. Aivee are doing, which is a surgical procedure, isolating stem cells in a surgical environment, and not making claims about cells guaranteed to do this and that… You’re making a product, yes, but it’s during a surgical procedure. We do that in surgery all the time, tissues are moved around in the body… All the machines used for the procedure are already FDA-approved.”

Answering questions about clinics offering stem cells harvested from young Europeans, Dr. Teo said: “The safest should be from the same person. If it’s from someone else, we require stringent measures, if the process was sterile, etc. There’s fear and danger of safety [if it’s from another country]. Stem cells last only two to three days. The sources can also be dubious.

“In Singapore, stem cell treatment is now very mainstream for orthopedic conditions. The Singapore government is doing a study. Countries are progressing at different speeds.”

Certain medical organizations, like the Philippine College of Physicians, have questioned the practice of charging exorbitant fees for what they consider to be experimental medicine. It’s the PCP’s stand that fees for procedures such as stem cell therapy should be waived as their efficacy have yet to be proven in clinical studies.

However, Dr. Olarte echoed what Health Secretary Enrique Ona said in interviews: that local clinics can’t conduct these procedures free of charge, citing the cost of such procedures.

“Down the road, it will be more accessible, as technology improves and medicines become more efficient,” Dr. Teo noted. His wife said their clinic’s rate for FSCR has gone down some 30 percent from last year.

“Cataract treatment used to be very expensive,” Dr. Berman noted. “Now it’s covered by health insurance [in the US]. Once there’s more data, the insurance will cover it. Say, instead of sending you for a knee replacement, which is expensive because it requires hospitalization, they’ll send you for stem cell treatment. That’s how it is in medicine.”