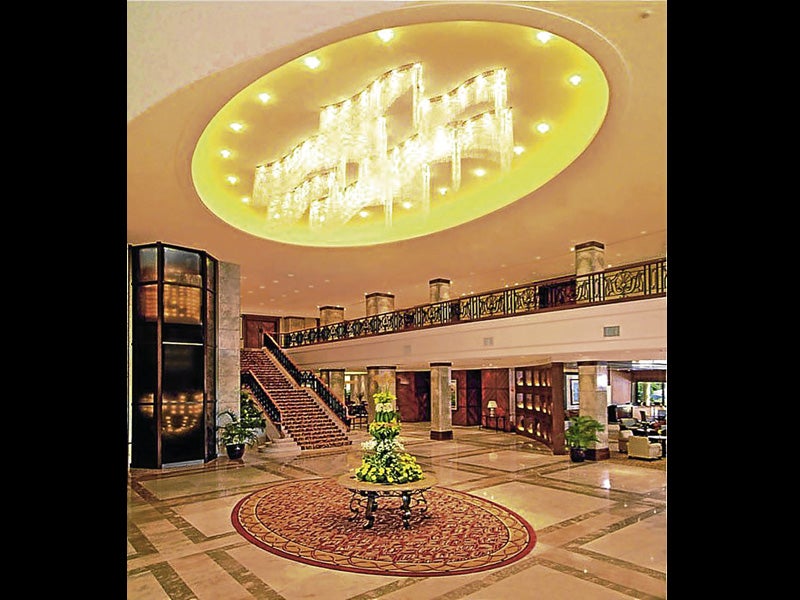 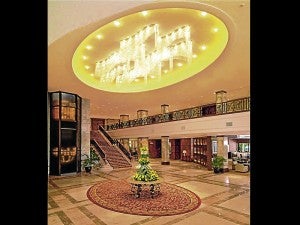 It takes a single question for Marco Polo Plaza Cebu general manager Hans Hauri to keep his five-star hotel staff in check: “Is that the Marco Polo way?”

From small errors to major blunders, Hauri uses his “loose-tight” style of leadership to ensure that Cebu’s only hilltop hotel’s service falls nothing short of flawless.

“It’s all about harnessing the young ones’ energy with traditional discipline,” says the seasoned hotelier. And it’s a philosophy that has worked well for the Marco Polo, since the hotel has finally reached its fifth year as one of the province’s top business and leisure destinations.

With the theme “5th Dimension,” the hotel celebrated its anniversary last month with around 500 guests. The Grand Ballroom, awash in red-blue light, was filled with music, dancing and a huge spread of food and drinks.

One buffet had a selection of meats, chicken, pasta; another, breads and cheeses; still another, all desserts. Most stunning was a buffet table made of ice, with a large ice sculpture of two swans facing each other, its spread a variety of fresh seafood. Tuna sashimi was sliced from a whole tuna, right in front of you.

“For hotels to do well, focus on your food,” says Hauri, a Swiss national. “General managers in Europe usually start out as chefs, then move on to [handling] food and beverage before becoming GM.” 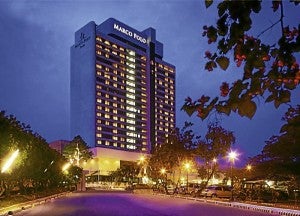 The night’s entertainment was by singing group The Company and Serendipity Band.

“There’s always that ‘wow’ factor from us,” says Hauri. “We blend Western efficiency with Asian hospitality.”

Unveiled, too, at the celebration was Federal Land’s Marco Polo Residences, a 22-story condominium tower with 189 apartments, a mixture of one-, two-, three- and four-bedroom units. The condo is currently being constructed right beside the hotel.

Around 95 percent of the condo’s Tower 1 has been sold, says Hauri, with the four-bedroom units the first to go.

“We’re looking into integrating hotel services for the Residences,” Hauri says. The condo, however, will have its own pool, gym, playground and parking.

Five years in, these additions are just the tip of the iceberg for Marco Polo Plaza Cebu.

“Here in Marco Polo, we’re always looking forward, our feet firmly planted on the ground,” says Hauri. “Our strongest competition is ourselves.”