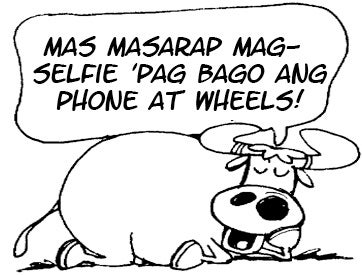 MANILA, Philippines—They come from the so-called “selfie” generation—a new breed of young adults without financial dependents who form a growing consumer powerhouse in this country.

Their typical two-year priority is to splurge on lifestyle-related consumer items like gadgets and cars.

Setting aside money to acquire real property, open a business and health insurance also figure in their priorities, according to a subsegment of Sun Life Financial Philippines’ study of lifestyles, attitudes and relationships (Solar) focusing on Filipinos aged 23 to 35.

While regarded as the “me, me, me” generation, the Sun Life study suggested that these selfies also aspired to be financially independent by having a business and properties while waiting to start their own families.

For instance, about 18 percent of the company’s client base for mutual funds are now aged 30 and below while the share was much meager years ago, Sun Life Philippines president Riza Mantaring said in a press briefing yesterday.

Rising disposable income among young people amid the country’s higher growth trajectory and the rise of business process outsourcing industry is seen supporting such a trend.

Based on the nationwide survey under Solar, 57 percent of selfies said their priorities for the next two years would be to acquire gadgets while 49 percent also cited having a car/vehicle.

Forty-seven percent of the respondents said they intended to purchase a lot, 45 percent planned to open a business, and 40 percent  wanted to acquire health insurance.

On a monthly basis, the typical selfie’s budget would cover basic necessities like food (99 percent) and house rental/mortgage and utilities (82 percent)—just like the broader Filipino consumer base.

Unlike older or same-age peers who are married or who have financial dependents— the selfies tend to allot more of their recurring cash flow to support their lifestyle. The research showed that 86 percent of them considered spending on communication as a priority while 66 percent cited clothes, shoes and bags while 34 percent prioritized dining out.

In terms of financial literacy, these young adults don’t go too far from the median core of 50 percent for the whole Philippine population although they are slightly ahead.

The selfies have a median score of 51.71 percent while those in the same age-group with dependents scored 51.59 when quizzed on basic financial concepts and products.

On how they prepare for their priorities for the next two years, 83 percent cited bank savings, 31 percent putting up a business, 22 percent getting a life insurance and 10 percent making an investment.

Mylene Lopa, Sun Life Philippines’ chief marketing officer, said these selfies were “probably employed” and pretty much on their own. “They are also called the ‘slash’ generation—employee/entrepreneur/artists/writer/model,” she said.

For personal worries, the selfie generation is most concerned about their parents’ health (83 percent), their own health (82 percent), personal safety (80 percent), security of income (79 percent) and job security (73 percent), based on the research. Peers with dependents have a longer list of worries, adding kids’ health and education, retirement savings and personal wellness while also sharing the selfies’ concerns.

Their perception of financial security will typically be to have more savings (34 percent), owning a business (26 percent), having money for every expense

(17 percent), paying all debts (7 percent) and having their own properties (4 percent).

For the longer haul—and beyond the allure of gadgets and cars—the selfies’ typical aspirations would be to own a business, have a stable job, own a house, have own family. A minority (7 percent) cited having no aspirations at all.

“The Brighter Life financial literacy campaign challenges them to change their money behaviors, address the disconnect between their spending and financial aspirations, as well as give them alternatives toward a brighter future,” Lopa said.