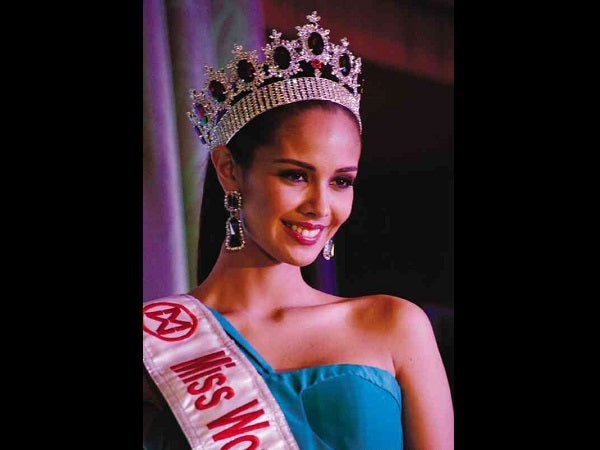 When Megan Young admitted that she was a gamer during the first Q&A round at the Miss World Philippines 2013 beauty pageant, I got really excited. Just like her, I totally enjoy playing computer games but don’t talk much about it—because when you say you are a gamer, people tend to judge you as childish or irresponsible or downright strange.

Remember when President Benigno Aquino III was “suspected” of being a gamer? There were people who felt he wasn’t fit to lead the country because of that!

I got a chance to ask Megan about her gaming life at her Miss World 2013 sendoff party last Aug. 30 at the C3 Events Place in Greenhills.

What kind of a gamer are you?

I think I’m an RPG-kind-of-girl. I really love role-playing games, but I did grow up with “Super Mario” and … basta ako Mario girl talaga and “Pokémon” … hands down!

Did you ever get into the trading-card game of “Pokémon”?

Yes, I collected the cards. I even traded them with my classmates and played the actual game.

(Megan’s favorite “Pokémon” character was Blastoise, “a basic Pokémon with a lot of strength and spunk.” She adds that Blastoise was her “lifesaver in the final battles!”)

Any other card games you got into?

It was really “Pokémon.” I didn’t do “Magic” (The Gathering). That’s not my type. I’m not the L.O.L., “League of Legends” type; that’s not my thing, although I did play “Ragnarok” in high school. I was very addicted to that.

It came to the point that my Mom got so mad because I wasn’t studying and was just playing my online game. I had to stop my gaming for a while because of school.

Do you pattern your character after yourself? Do you choose a girl who’s cute? Or a warrior?

I love the girl characters because they’re really cute. My character in “Ragnarok” was a girl assassin. And I loved poking the Poring because it was just so cute; even if it was so weak, I would just go at it.

(Note: A Poring is a cute monster that looks like a pastel-colored cross between a teardrop and a Kiss chocolate.)

First game you ever played?

It would have to be “Super Mario Brothers.” We had a NES Console—scratch that, that was my first game console, but I remember when I was in kindergarten, we had a computer class and it was on these old Macintosh computers and they were teaching us how to use a computer.

There were math games that had images of frogs running and you had to choose if they matched. That logic part of video games is what really draws me to it.

“Fable”! It’s a game on Xbox   set in medieval times. The decisions that you make are something from everyday life, your character becomes good or evil, corrupt or noble.

Actually, I’ve never played “Final Fantasy”! It sucks because I heard it’s such a great RPG. But I guess I was just too stuck on the other games. I was playing “Fable” and “Assassin’s Creed” at one time, and I just couldn’t let go of the two to get into “Final Fantasy.”

Now that you’re a beauty queen, does it feel like an RPG to you?

(Laughs) Now that I think about it, it kinda does. I don’t wanna say its a game to me because it’s totally NOT a game. But there’re always strategy and logistics wherever you go and … OK, let’s just say that I’m a character  choosing which hairstyle and makeup to do, which outfit will go (with) the occasion.

In a way it’s kinda like “Sims.” You dress up your characters, make them go through everyday life with the personality you chose, the job they have, people they meet, marry and have kids with. Just like that. I’m setting myself up (to be) Miss World. (Laughs)

Are you bringing any games to Indonesia or are you going to be more focused on getting that crown?

I really can’t be without my games so I’m going to bring my iPad with me.

What are you playing now?

Are you ready to get that Miss World crown?

I am definitely ready for that!

Megan Young will face off with 130 Miss World aspirants on coronation night, Sept 28. The closest our nation came to the title was when Evangeline Pascual won 1st Princess (1st runner-up) in 1973—a feat that was duplicated only in 2011 by Gwendoline Ruais.

Aside from Megan Young, there are two other actresses who represented the Philippines in Miss World: Ruffa Gutierrez, who won 2nd Princess in 1993, and Maggie Wilson, who competed in 2007.

Don’t forget to show your support for Megan by visiting the official Miss World Philippines 2013 Facebook page which she will be personally updating during the pageant.

The author is a beauty queen (Bb. Pilipinas-Universe 1985 and Miss Young Philippines 1981) who writes about other beauty queens. Visit her blog adventuresofabeautyqueen.com.