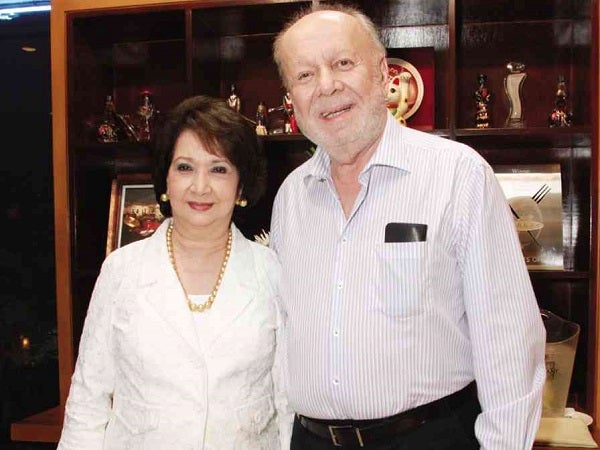 Still, he took up the challenge. “I want to help my fellow Filipinos. That is my love,” he said.

Lhuillier pointed out that Portugal is considered an important entry point for the Philippines to other Portuguese-speaking countries, such as Brazil, Angola and Mozambique. “Those parts of the world are important to trade,” he said.

After officially starting his new post last January, Lhuillier has been doing the rounds, meeting mayors of the European country, making his pitch about the Philippines and seeing business potential. Likewise, he has also been acquainting himself with the Filipino community.

“We have to start from scratch again,” he said. “The Philippines is terra incognita to most Portuguese, and the Filipinos don’t know much about Portugal. He observed that Filipinos don’t even know that Ferdinand Magellan, the first explorer who went around the globe, was Portuguese. But they have heard of Fatima, a famous pilgrimage place, he pointed out.

Lhuillier estimated that some 2,600 Filipinos are in service-oriented jobs in Portugal. Unlike well-paid OFWs in Italy, Filipinos in Portugal earn a modest minimum wage of 480 euros (approximately P26,000) a month. Despite being a developed country, Portugal’s income per capita figure is one of the lowest among the EU’s member states.

The Philippine embassy has been in Portugal for three years. Lhuillier moved to a bigger location on Lisbon’s embassy row. He will open a showroom to present the best of Philippine furniture and handicrafts.

Like a true entrepreneur, he plans to increase trade between the two countries. He also hopes to strike an agreement in which Portugal can train the Philippines in search-and-rescue operations.

The 68-year-old envoy said his biggest learning experience is understanding the different mind-set of people in every culture. “There are junior diplomats and senior diplomats. In Italy, most of the diplomats are ready to retire. In Portugal, many are newcomers. The Brazilian ambassador calls me ‘Speedy Ambassador.’ He tells me, ‘Slow down. We want to play golf. Don’t rush.’”

Lhuillier runs the embassy with businesslike efficiency. A to-do list is written on the embassy board to remind his consuls. When the job is accomplished, they put a check mark.

“I’m a different kind of diplomat,” he said. “I want a grasp of everything that is going on. When people ask me, I would know.”

Although he has handed the reins of his business, PJ Lhuillier Group of Companies, to his children, he still guides them as their chairperson.

During the holiday season in Europe, Lhuillier is in Manila with his wife. It’s a working vacation for him, since he has been doing his homework by meeting Portuguese businessmen and hosting dinners with ambassadors who have been posted in Portugal. He prefers to hold the dinners in his Alabang residence to make them feel at home. His wife Edna and a cook concoct Filipino dishes. In these working dinners, Lhuillier tries to gain insight about his new posting.

Civic leader and socialite Nene Leonor recently hosted a dinner for Ambassador and Mrs. Lhuillier at Cirkulo Restaurant. Successful in their real estate business, the Leonors love to entertain. Ms Leonor met Lhuillier through her friend and pelota mate Baby Yulo in the ’70s. Lhuillier played tennis with Yulo.

Over a dinner of croquetas, US beef belly, fillet of apahap and paella with portobello mushrooms and truffle oil, the Lhuilliers mixed with a power group. Leonor invited close friends such as Dr. Loi Ejercito and the MARE (an NGO of volunteers that used to assist her when she was First Lady), Brenda Reyes, Justa Tantoco, Chit Dy, Nina Teves and Rose Libongco. Another special guest was Cristina Ponce Enrile. Leonor recalled she used to be part of a singing group that practiced in Enrile’s house.

Then there was Felicito Payumo with his wife Daisy. Members of the Cofradia de la Inmaculada Concepcion such as Jaime Laya and Marietta Santos also came.

Adding glamour to the dinner were Frannie Jacinto (whose father used to play tennis with Lhuillier), and her husband Ramon (RJ to his music fans), Rupert and Tina Jacinto, and Nini Licaros.