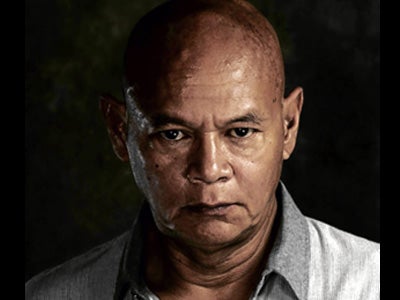 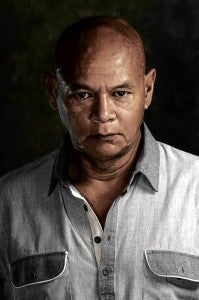 While his sons Felix and Dominic have been in the limelight lately due to their various appearances on film and TV, Bembol Roco is still recognized by audiences.

This month, he’s set to play the titular role in Dulaang Unibersidad ng Pilipinas’ staging of “Titus Andronicus,” the third offering for its 36th season (2011-2012).

Considered William Shakespeare’s bloodiest and goriest play, this tale of ancient Roman general Titus Andronicus, his capture of Tamora, Queen of the Goths, and their ensuing episodes of revenge against each other has been translated into Tagalog and adapted to a Filipino milieu by playwright Layeta Bucoy and director Tuxqs Rutaquio.

Titus is now a hitman named Carding, and the play is set “two weeks before the elections, where political chaos and religious frenzy intertwine in a world where politics, show biz and a town feast drown the people in murky violence.”

“The play is very violent and full of anger and revenge, which are all very familiar to Filipinos,” Roco says. “It’s good that it’s been adapted to a Filipino setting because it will be easier for Filipinos to relate and understand what the play wants to say.

“I’ve seen part of the film starring Anthony Hopkins as Titus, so more or less. I have an idea of what kind of person Titus is. But I’m trying to create my own character of Titus.

“Stage acting is totally different from film or TV. I love theater because of the things an actor can express only in theater. I really consider theater as an actor’s medium simply because it gives you the chance to be creative enough to create your own character and style.”

“Among the three mediums, I consider stage acting the hardest.”