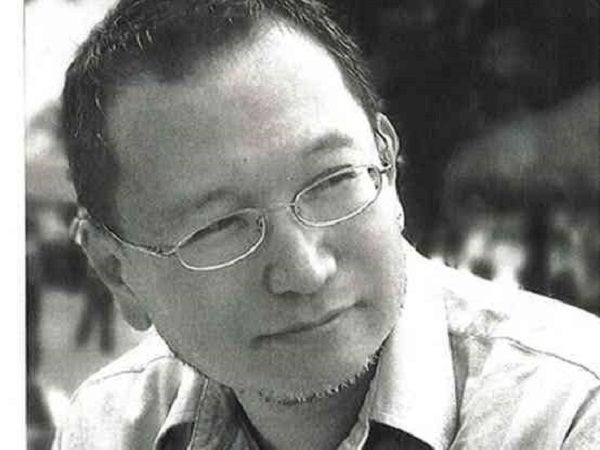 “Exalted? Yes, that’s what will happen with me;

no other result can so much as be thought of.

Fate will assist me away from this place,

and arrange matters so that I get a fresh start.

if only the Lord lets me keep my health.”

Now that he’s fighting the brave fight against cancer, stage and film director Lito Casaje likens himself to a character in the Henrik Ibsen play, “Peer Gynt.”

The soft-spoken director says the character in the Norwegian drama is an adventurous and wayward jerk who realizes that, at the end of the day, life should not be taken too flippantly.

“He is saying a life’s journey only comes once. But he has some excesses which I went through myself. I do feel I am reliving Peer Gynt… He finally found love in the guise of a soul mate, but when he found it, his life ends. Such is the tragedy of life,” Casaje points out.

Dramatis Personae, which Casaje founded with the late Bienvenido Noriega, mounted “Peer Gynt” once, courtesy of the Norwegian Embassy; it ran for three weeks. It was made required viewing for many literature and drama students.

“Peer led a fantastically adventurous life,” says Casaje. “For him, life was one big roller-coaster ride. He was lured by its fun and games. The message? You may end up reckless on the fast lane, over-speeding and ending up in shreds.”

The director reflects on his theater days as he undergoes blood transfusion on certain days and finishes a session of a four-cycle chemotherapy. In his room at the Cardinal Santos Medical Center, he remains stoic but not weighed down.

Earlier, his students visited him in his New Manila home and found a man intent on coping with his illness without fanfare, though they did sense his loneliness amid a roomful of books and manuscripts.

Casaje felt that something was wrong with his health in March this year. He confirmed it when he had on-and-off fever last June and brought himself to a doctor.

“I cope with my illness by reading, especially those books that I haven’t read due to lack of time then,” he says.

Casaje got hooked on theater while he was still in college in the 1970s. He saw a slew of Peta productions and, later, Loretta Lichaoco’s Kalinangan ng Lahi, which was based in the old Farmer’s Market in Cubao.

“My frequent trips to Repertory Philippines plays also influenced me and ignited my passion for theater,” he recalls.

Since 1989, with the founding of Dramatis Personae, Casaje has mounted over a hundred plays in different schools and other venues, from the Pius Catholic Center to more intimate venues courtesy of the Japan Foundation, Instituto Cervantes and Française House Manille, and recently in La Consolacion College where he mounted his latest theatrical production, “Grease.”

He has directed a stage adaptation of the 2005 thriller “The Exorcism”; the Philippine premiere of German playwright Ingrid Lausund’s “Slipped Disc: A Study of the Upright Walk,” a play about characters in the corporate world; and Lorca’s “The House of Bernardo Alba.”

His plays and screenplays, meanwhile, have won prizes in the Don Carlos Palanca Memorial Awards for Literature, Experimental Cinema of the Philippines, CCP Coordinating Center for Film, and from the University of Exeter Student Drama Playwrights’ Festival.

He couldn’t always get the seasoned actors he wanted, because they were almost always working with other theater companies. So he invested on young talents and nurtured them until they were ready for opening night.

One such student is Sam Lanuza, who wrote in her blog: “Normally, teachers will stay teachers after you graduate, with you [having] created a solid bond with them. I first met my mentor (Casaje) when he was in need of a fairy who would dance in Shakespeare’s ‘A Midsummer Night’s Dream.’ It was the summer of my incoming junior year, and there was an acting workshop outside school. He asked me to join; I did. The next semester I was offered a major role in ‘The Glass Menagerie,’ which was a big break for me. On our first reading, I let a veteran actress wait along with my cherished director. He yelled at me: ‘Do you really want this or not?’ I knew then that a part could only be yours if you observed discipline. Without hesitation, I said yes.

“I forgot how often we rehearsed in a week. On our way home, in his car, he corrected every wrong vowel I pronounced. He taught me how to adjust the volume of my voice—which irritates my friends, because I am now not just loud but high-pitched loud. I became an instant star after that play. That was a real boost to my confidence.”

On Aug. 25 this year, she heard the news about her mentor’s illness, and she was moved to write: “He is part of me. He is a person who has the ability to see talent in others. He can bring out the best in people. He can spot talent when he sees one.”

Casaje has dominated the screenwriting contest of the Film Academy of the Philippines with such winning entries as “Siling Labuyo sa Kabilugan ng Buwan,” “Pag-ibig. Panaginip. Pag-ibig” and “Sanctus,” among others.

“The dream of writing and doing more plays which I haven’t done keeps me motivated to hang on,” he says.

“I really do miss theater,” he adds. “Theater has always been a major part of my career, if not my entire life. I hope to be given a chance to be in it again. On the other hand, one must be aware of life’s uncertainties. You never know when your time is up.”