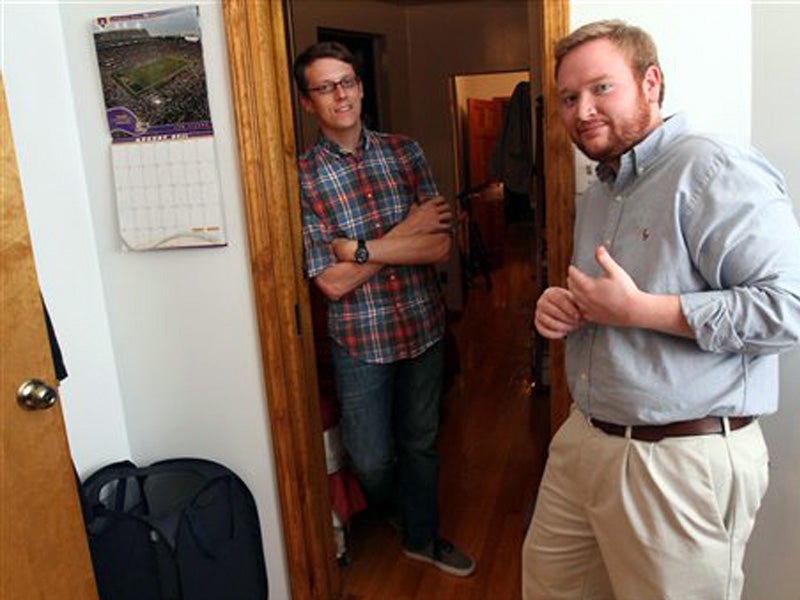 Mark Bonner, left, and Mathew Sanders pose for a photograph in the two-bedroom apartment they share in New York. Census figures show that Manhattan had a dip in single-person households this past decade, despite being the capital of single living. AP Photo/Tina Fineberg

NEW YORK—Census figures show that Manhattan had a dip in single-person households this past decade, despite being the capital of single living.

At the same time, living alone grew nationwide to an unprecedented level, especially in parts of the West and South.

Single living always has been celebrated in Manhattan, where 46 percent of households are occupied by just one person. That’s the highest rate in the nation.

But rising rents and the perception that the borough is a more family-friendly place contributed to the decline in Manhattan.

Nationwide, the percentage of single-person households in the US is at its highest level—27 percent. That shows the nation is catching up with what largely has been a big-city trait in years past.