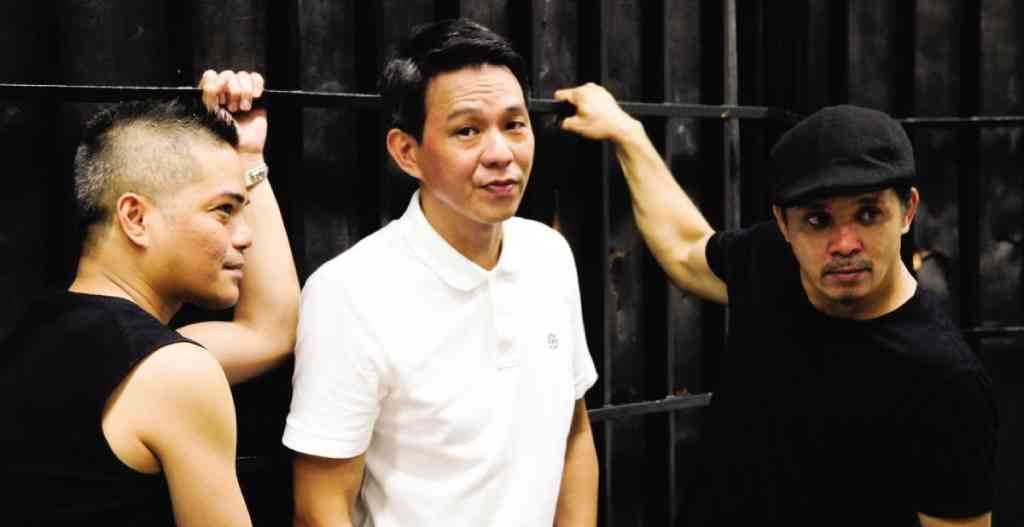 It starts with the capture of Andres Bonifacio, the Supremo and leader of the revolutionary secret society Katipunan. Charged with treason and conspiracy to kill Emilio Aguinaldo, he is captured, unjustly tried and executed.

Then the rock-ballet flashbacks to Bonifacio’s humble roots as a storage worker for foreign firms in Tondo; his second marriage to Gregoria de Jesus; the founding of the Katipunan, which aimed to overthrow the Spanish regime; the tearing up of the tax certificates in Balintawak to signal the start of the uprising; the factions in the revolution; the short-lived Republic of Biak na Bato; controversies surrounding Bonifacio’s leadership; and the relevance of his ideals today.

Ballet Philippines (BP) found the revolutionary intrigues good material for a modern-day spin on the life of Bonifacio and his relevance. “Rock Supremo” is BP’s tribute to the 150th birth anniversary of Bonifacio.

Nick Pichay’s libretto makes use of three Bonifacios: as revolutionary, as an idealist and as Everyman.

Artistic director Paul Morales says the dance takes on a postmodernist approach in which history is deconstructed and the focus is on the power relations.

For “Rock Supremo,” Morales collaborated with Gang Badoy, founder of Rock Ed, an organization that teams up with schools, businesses and organizations in projects to uplift society. Last year, RockEd invited artists to produce a rock album in honor of Jose Rizal. This year, nine artists and bands recorded new songs for the Bonifacio sesquintennial. With free digital downloads, the music reflecting the life and times of this revolutionary has been made more accessible.

To mark the declaration of Martial Law, “Rock Supremo” will be backed by live band performances on Sept. 21.

“We wanted people to experience the album in one sitting and to popularize it because I think the musicians produced original ideas and interesting lyrics,” said Morales.

Aside from the nine groups, “Rock Supremo” is a collaboration with three choreographers. Morales’ gestural pas de deux is a foil to the hard-edged styles of Alden Lugnasin, artistic director of BP’s junior company, and former BP dancer Dwight Rodrigazo.

Lugnasin is known for being one of the most exciting choreographers of his generation; his works have strong visual impact.  His movements are characterized by sudden and sharp angles and asymmetry, geometric and sculptural groupings. Agnes Locsin is his biggest influence. Aside from adopting the earthiness of Locsin, he is also influenced by the quirkiness of modern French choreographers.

“She (Locsin) taught me to make movements that the audience could understand. You don’t reach out your arms just for the sake of it. It has to come from something and make dancers understand where the movement is coming from,” he explained in Filipino.

Lugnasin was tasked to choreograph Bonifacio’s trial and execution and the crab mentality of the Filipinos who continued fighting despite the Biak-na-Bato truce.

Bacolod-based Rodrigazo recreates Bonifacio’s life as a laborer, the beginnings of the Katipunan, the sanduguan or blood compact where the members sign their names in blood to swear allegiance to the Katipunan, and the mass gathering in Caloocan where the Katipuneros tear up their cedula to signal the start of the revolution.

Rodrigazo said he reverted to his previous dance style which was grounded and direct. In Bacolod, he developed his own technique which is softer and characterized by rotational and multiplanar movements and gestures inspired by the culture of Negros Occidental.

Acknowledged for his originality, Rodrigazo has created his own movement syllabi and offers choreographic training programs.

Won’t three choreographers for one ballet make “Rock Supremo” look hodge-podge? Morales replied, “We embraced the idea of fragmentation. We want Bonifacio to come out in a prismatic light. He is reflected in different ideas. The whole theatricality will give it a certain unity.”

Morales will double as The Historian who will annotate the events in the ballet.

At the press preview held Sept. 11 at the Cultural Center of the Philippines’ rehearsal hall, Morales paid tribute to 911, the late President Marcos, and his late father, former Cabinet member, economist, NGO development manager Horacio Morales, whose birthdays fell on that same day.

It was also coincidental that both Bonifacio and the older Morales were underground resistance fighters and were pro-masa.

Asked if his father was an influence, the artistic director replied, “I became an artist to escape politics. But my father was an original thinker. His work was for the Filipino.”

Morales added his father was gregarious who easily related to others; he had effective communication skills. “There was no bad weed in him,” he said. “He befriended everybody in all political spectrums despite his beliefs.”