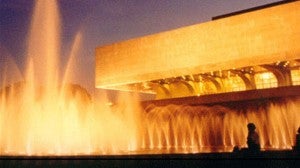 Titled “On Integrity and Authorship: The CCP frowns on copyright infringement” the statement was posted by Chris Millado, CCP vice president and artistic director, on his official Facebook account Wednesday afternoon.

It was signed by him and Raul M. Sunico, CCP president.

“The Cultural Center of the Philippines as one of the partners in the Embassy of Chile’s Calidad Humana Project, deplores the act of Mark Joseph T. Solis for plagiarizing a photograph as his own entry in the Smiles for the World Photography Competition.

“Mr. Solis wove a fictional account of the circumstances around the photograph by claiming he met the subject.  He not only violated the rights of Gregory John Smith, the owner of the photograph, but he also took advantage of the plight of typhoon victims whom he claimed as subject.

“His action becomes even more shameless when he personally received his prizes from Ambassador Roberto Mayorga during the celebration of the National Day of Chile, an important diplomatic affair attended by no less than members of the diplomatic corps, cabinet secretaries, and representatives of the project partners.

“This becomes especially glaring after learning that he committed the same copyright infringement at least five times before.  Moreover, his transgression tainted a noble program spearheaded by Ambassador Mayorga, which is Calidad Humana, as it aims to highlight Filipino virtues and strength of human character.

“We understand that Mr. Solis will be living in the shadow of his shame.  While we do not approve of what he has done, we do acknowledge with understanding that mistakes can make some people better persons.  Mr. Solis will now have to prove himself to be of stronger mettle to live down the deed and to prove to people he is capable of integrity.

“In line with the CCP mandate, we enjoin the cultural community to uphold and respect the rights of all artists; to exercise discipline and honesty in all creative endeavors; and to be steadfast in protecting the intellectual property rights of every individual. “