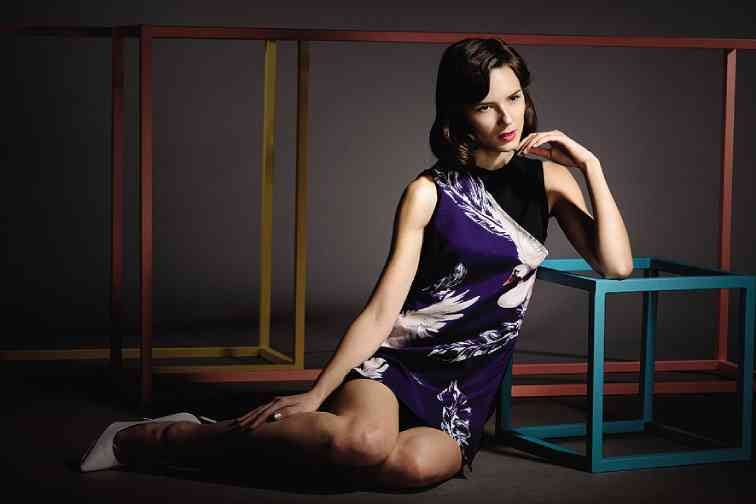 DESIGNED by Vania for Ensembles, a simple shift with printed fabric

Chic and polished pieces from a ‘competition-shy’ designer

A year after Vania Romoff became a finalist of the 2012 Look of Style Awards, Look Magazine’s annual design competition and search for the next big name in Philippine fashion, the 24-year-old Cebu-born-and-bred designer is still reaping the rewards of her participation.

While Roland Alzate won the coveted Most Promising Designer title (and the all-expenses-paid short course at London’s prestigious Central Saint Martins School of Art and Design), Romoff received the Ensembles Choice Award, an accolade that gave her the opportunity to create a collection for the popular women’s retail brand.

“Part of the success of the collaboration with all our current and past designers is that it is a joint effort, where the creative ideas of the designer are merged with the needs of the Ensembles customer,” says Sheree Roxas-Chua Gotauco, owner of the Ensembles line of clothing. “Vania was very open and appreciative of the guidelines we gave. It was also important to her that the collection does well.”

Such a polished collection would not have existed had Romoff given in to her fears about competitions. “Honestly, contests scare me,” she admits. “I’m never one to join contests hastily.

This one, though, just sort of happened. It felt like the right thing to do at the time, career-wise.”

Tasked to come up with a five-piece collection based on the contest’s Eco-Chic theme (unchartered territory for the designer, “in the sense that I’ve never done it before”), Romoff tackled the challenge by merging the past with the future.

Using the indigenous fabric t’nalak, she created what she describes as forward-looking fashion through experimental patterns, lines and cuts. “The designs were very resonant of my aesthetic,” she says.

Among her pieces are a dress inspired by an oversized coat, and a floor-length number with no defined silhouette but unusual draping on the shoulders and bodice.

“In the end, though, I still made sure they looked wearable and relatable,” she says.

Romoff, who made the cut as a finalist in Look of Style’s Manila go-see, then underwent a stringent prejudging akin to a thesis defense on the morning of the competition. She considers the Look of Style Awards as “an experience in itself that helps you grow as a designer.”

“Even the Ensembles award was a welcome addition to the experience,” she adds. “It was another opportunity I was thankful to receive.”

Evidently, even a competition-shy designer like her sees the value in opportunities that push her out of her comfort zone, and encourage her to begin creating from an unexpected concept or first-time collaboration.

“Just be passionate about your career and take these challenges as opportunities for you to explore and grow,” she tells this year’s Look of Style Awards finalists. “Put your heart into it and you can never go wrong.”