Despite terror, world has never been safer | Lifestyle.INQ ❮ ❯ 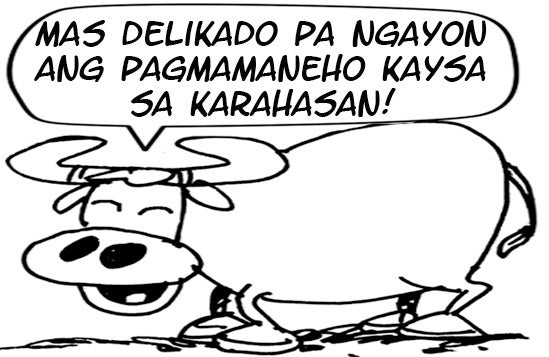 Despite terror, world has never been safer 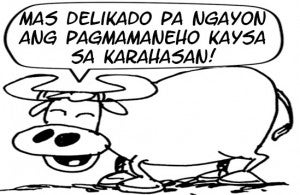 NEW YORK—It almost feels these days as if there is no safe place—that after global jihad strikes a Nairobi shopping mall or a deranged shooter invades the Washington Navy Yard, the next target could very well be our own store, school, theater or stadium.

Yet those who study such violence have a message: Don’t worry.

Even though anxiety is a natural response to pervasive and frightening media images of carnage, they say, statistics indicate that most of the world has never been safer.

“Vivid images and memories of these images are used to make judgments about the overall likelihood of dangerous events,” said Robert Kraft, a psychology professor at Otterbein University. In fact, “these horrific events are no more likely today than they were yesterday or 10 years ago.”

Said David Schanzer, a Duke University professor who directs the Triangle Center on Terrorism and Homeland Security: “Since 9/11, you are far more likely to drown in your bathtub than be killed by terrorists in the United States.”

Worldwide, as regular bombings persist in a few unstable countries like Iraq, Afghanistan or Libya, the terrorism trend is less clear.

The number of annual fatalities has fluctuated over the past few decades, according to figures compiled by the National Consortium for the Study of Terrorism and Responses to Terrorism at the University of Maryland.

In 2012, after the consortium made its data collection more comprehensive, it counted 15,514 deaths from terrorism—mostly in about 10 countries.

Threat to the world

The Nairobi attack, carried out by the fanatic Somali Islamic group al-Shabab, stood out. It touched points across the globe, killing at least 60 civilians from countries including Britain, France, Canada, the Netherlands, Australia, Peru, India, Ghana, South Africa and China. Five Americans were among the nearly 200 wounded.

Al-Shabab is “a threat to the continent of Africa and the world at large,” said Somali President Hassan Sheikh Mohamud.

That attack came five days after a man who heard voices brought a shotgun through Washington Navy Yard security and killed 12 people.

It was the latest in a series of mass shootings, which are defined as killing four or more people: the December massacre of 26 in Newtown, Connecticut; 12 slain in a Colorado movie theater; other 2012 killings at a café, temple, sauna, colleges.

“What troubles us so deeply as we gather here today is how this senseless violence that took place here in the Navy Yard echoes other recent tragedies,” US President Barack

Obama said at a memorial service.

That’s not to mention the narrowly averted disasters: a man arrested last week on a charge he planned to shoot up a Salt Lake City mall; a gunman last month who was talked into laying down his weapon after invading a Georgia school.

Yet chances of being killed in a mass killing are probably no greater than being struck by lightning, according to Grant Duwe, a criminologist with the Minnesota Department of Corrections who has written a history of mass killings in America.

Over the past 30 years, the United States has steadily averaged about 20 mass killings each year, according to James Alan Fox, a Northeastern University criminology professor who studies such events.

Despite these statistics, it can still feel as if the whole world is a battlefield, said Meg Mott, a professor of political theory at Marlboro College.

In the global war on terrorism, “there is no separation between battlefields and civic life,” Mott said in an e-mail.

And it’s not clear who is fighting whom: “Is it the West against Islam? The Free World against Terrorists? The Good Guys against the Bad Guys?”

People once assumed they were safe as long as their nation wasn’t being invaded, Mott said, but “that world no longer exists.”

The response to the heightened sense of danger is unceasing and widespread.

Israelis are long accustomed to armed guards and bag searches, while Londoners often struggle to find trash cans—many were removed from the capital after Irish terrorists started using them to hide bombs.

In the United States, there are more armed guards in schools, and even some armed teachers. Police cars are parked outside of movie theaters. Sports venues are allowing fewer bags inside. Companies are marketing new products—the Bullet Blocker kid backpack; the First Command emergency alert system; the TraumAid-SRK-S School Survival and Rescue Kit.

John Phelps, president of the Risk Management Society, said more businesses around the world were using sophisticated models to assess the likelihood of physical or computer-based attacks.

So is there more risk today? “I’m not exactly sure that’s true,” he said.

He recalled the assassinations of the 1960s, the rampant hijacking of airplanes in the 1970s, the bombing of the US Marines’ Beirut barracks and the midair destruction of a Pan Am airliner in the 1980s.

“Today, news can live in social media for a long time,” Phelps said. “You didn’t have cable TV news back then. So it’s a different period in communication, which may make it appear to some people that the threats have increased.”

Magnus Ranstorp, research director of the Center for Asymmetric Threat Studies at Swedish National Defense College, said the location of attacks could increase the sense of vulnerability.

“That’s why the attack in Kenya is so serious,” he said. “It’s a commercial hub, and a major tourism hub, so tranquility has been shattered, the perception of safety has been shattered in a very brutal way, especially because this was directed against Westerners.”

All of which creates an atmosphere ripe for even more worries, said Todd Farchione, a professor at Boston University’s Center for Anxiety and Related Disorders.

“As soon as you increase unpredictability, and there also is a lack of control, that increases anxiety,” he said.

“The probability of something happening is so very low,” Farchione said. “But this is the nature of terror and terrorism: It gets in our heads that something could happen. This is the entire idea of terror. It’s like this insidious fear that seeps into our mindset.”

Kraft, the psychology professor, observed that if people paid closer attention to statistics instead of snap judgments, they might realize how safe they really are.

“For many of us in this country,” Kraft said, “our most dangerous activity is by far something we do every day without giving it a second thought: driving a car.”