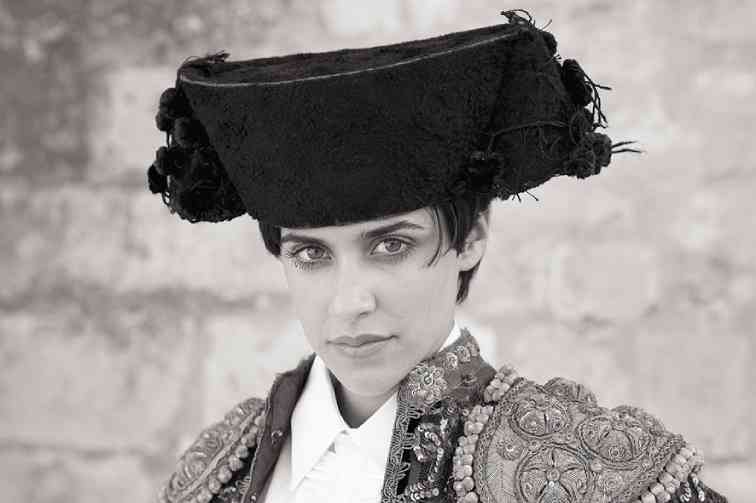 To be shown during the Pelicula/Pelikula Spanish film festival on Oct. 3-13, “Blancanieves” (Spain, 2012) is about the ill-fated birth and end of Carmencita Villalta, the “Snow White.” Scripted and directed by Pablo Berger, it was Spain’s official entry to the Best Foreign Language Film derby at the 2012 Academy Awards.

In Andalucia’s heartland dwells a matador by the name of Antonio Villalta (Daniel Giménez Cacho).

Tragedy plagues the House of Villalta. Antonio is seriously gored in his last bullfight and rushed to the hospital. His pregnant wife, who was in the arena to witness the horrifying outcome, is carried to the same hospital. She dies seconds after childbirth.

Antonio’s fatal injuries render him an invalid. A nurse, Encarna (Maribel Verdú), ingratiates herself into Antonio’s life, behaving like a perfect caregiver in his bereavement and eventually becoming his second wife.

The baby, Carmencita, is taken away and tended with love by the grandmother, as her father withdraws from the public.

When grandmother passes away, Carmencita (Sofia Oria) is sent to live at her father’s manor  and made to work like a servant girl. While her father lies paralyzed in his wheelchair, his surroundings filled with tokens of his past glory, Encarna lords over the household.

One day, Carmencita is able to sneak into her father’s room. Father and daughter have stolen moments of tenderness and happiness until the stepmother brings a malevolent halt to it.

Years pass. Carmen (Macarena García) is now a lovely young lady. Her unfortunate father is killed—pushed down the stairs by her stepmother.

Carmen is sent off to gather flowers for her father’s grave, where she is strangled by her stepmother’s huntsman. She is revived by a member of Los Enanitos Toreros, a traveling troupe of midget performers/bullfighters. She joins them and later transforms into the celebrated woman torero called “Blancanieves.”

“Blancanieves” nurtures a nostalgia for the silent cinema of a bygone era. The waif-in-distress plot line and the vivid shots showing a fragile, almost-translucent beauty of the main actress recall those of Mary Pickford and Lilian Gish. The film frames the scenes in resplendent black-and-white, with distinct musical accessories, and occasional inserts of dialogue cards.

This nostalgia, however, is of morbid imagining. The film seems to take wicked pleasure in retelling the Grimms’ fairy story, acquainting the viewers with its popular motifs: the evil stepmother; the seven dwarfs; the poisoned apple trick; and the heroine’s doom. It deploys grim, revolting touches of black humor.

In one instance, Encarna engages in sadomasochistic antics with her chauffeur. In another, Antonio’s remains are clothed in matador finery, propped up on a couch, while his family, the servants and his followers take turns posing with the dead body for photo souvenirs.

What borders on the grotesque is the presence of midget toreros, incongruous in their flamboyant outfits, their bullfighting efforts a clownish artifice, pandering to the sadistic gratification of a crowd who has paid to watch a good show.

True to the original tale, Carmen unwittingly takes a bite from the apple proffered by the evil stepmother and falls unconscious. Ironically, her body becomes the main attraction in a freak gallery show.

People flock in from all over to see the dark haired, rosy-cheeked Snow White lying serenely in a glass coffin. For one penny’s worth, the devious barker challenges the spectators to arouse Snow White with a kiss on her rouged lips. This sequence is made even more bizarre by the ironic cry of the barker (“Is this a miracle or a curse?”) and the rigging of Snow White’s “awakening” act.

There will be no happily-ever-after for poor Snow White, no prince in shining armor to the rescue. Carmen will be imprisoned in a glass case—evermore!—with only a loyal dwarf to watch over her.

“Blancanieves” manifests a cynical attitude toward humanity’s existence—its deliberate misappropriation of a fairy tale and its portrait of life as a never-ending series of misfortunes and deaths (including that of a rooster). It combines a flamenco rhythm of sorrow and passion with images of a culture’s fascination for violent spectacle.

For all its postmodern affinity, the film’s thematic intention is imprecise. Its closure does not suggest any ambiguity that might lead to redemption or hope. It cannot be a moral tale, for it does not weigh the scales of good and evil. It cannot be a societal fantasy, for Carmen is too much of a victim, and her family extremely, unbelievably accursed.

“Blancanieves” reminds us of that particular tale told by an idiot, full of sound and fury. Will today’s cinema be able to unearth a fine, even sublime, nostalgia for the 21st century audience?