Rody Vera is on a roll | Lifestyle.INQ ❮ ❯ 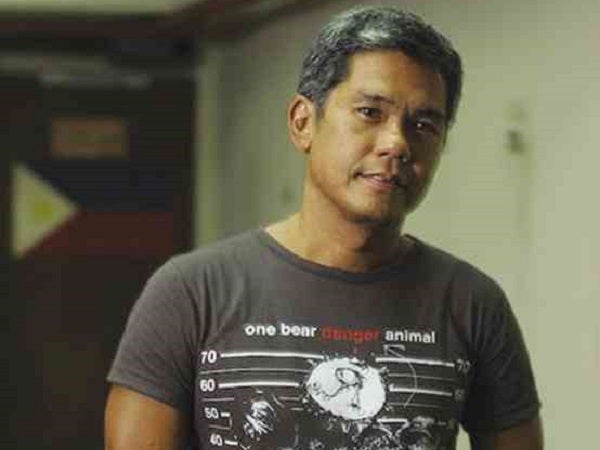 Rody Vera is on a roll

Rody Vera is everywhere, and there is no way you can miss him.

Just this year, he adapted the Bicolano epic “Ibalong” into a thundering dance-musical for Tanghalang Pilipino; he wrote the libretto for the Ninoy and Cory Aquino tribute musical “Pamana” for the Philippine Educational Theater Association; he transposed Shakespeare’s “Twelfth Night” into a bittersweet reverie for the bygone studio system of Philippine movies in Peta’s “D’Wonder Twins of Boac”; and, most recently, along with Tuxqs Rutaquio, he fleshed out new ways of looking at the Bard’s “The Merchant of Venice” with a bold reimagining, now called “Der Kaufmann/Ang Negosyante ng Venecia” (the show has remaining performances at CCP’s Little Theater on Saturday, 3 p.m. and 8 p.m., and Sunday, 3 p.m.).

Vera said his concept of “Merchant”—a play within a play set in Nazi Germany, with Jews in a concentration camp forced to perform the play—has been with him since 2005; it took eight years before a theater company finally said yes to taking a crack at the provocative material.

The challenge of doing “Ibalong,” on the other hand, was more fundamental—the source epic was hardly that.

“What we have, extant, is a fragment of 60 quatrains,” says Vera. “Hardly a story, only broad strokes of the narrative. But then the given limitation also opened an opportunity to make something fresh out of them. There was plenty of room for restructuring and regearing the story. Of course, the other challenge was writing the lyrics of the songs. I’ve always approached lyric writing for the theater with certain trepidation. I find it hard to write song lyrics or set up musical numbers.”

“I did not have such a hard time doing Bobby Gonzales because the first time I heard his record, I got goosebumps. We sounded exactly the same, eerily the same. The hard part of that role was the dancing. I was always out of breath during my number,” he says.

Vera’s very first theater production was “Francis of Navarre,” directed by the late Fr. James Reuter. He was 10 years old, in Grade 4, and he played a minor role.

“I think I played one of those pagan Indian boys that got shot by some soldiers,” he recalls. “I had extreme fun though. I was rehearsing at night! I remember going home as late as 11 o’clock. I had fun backstage with actors from different schools, and with that eternal villain who played the devil, Vic Diaz!”

Vera really took to theater, as actor and then writer and director, in his high school days in San Beda College.

“The first play I acted in there was ‘Tatlong Manyika,’ a satirical one-act play by Reijoo de la Cruz, who was also a Bedan. The first play I ever wrote—called “Rises (Recess)”—was when I was in third year high school; it had echoes of the same Reijoo de la Cruz play. I remember that the school administration at the time felt it was not suitable for the students, so they selected only certain year levels and sections to watch it. In that play, I cast Nick Pichay, who was then in second year before he transferred to the Philippine High School for the Arts. The play, following De la Cruz’s ‘Tatlong Manyika,’ had an absurd streak—about three pupils killing their teacher.”

Further immersion came with Peta’s Teen Theater program, where he was eventually known as a writer. “That probably rubbed off on me eventually—but not without some humbling, if not humiliating, sidelights,” he says with a chuckle. The very first play he submitted to Peta, for instance, was assigned to O’Hara as director. Vera recalls O’Hara throwing the script at him and shouting, “Ang pangit ng play mo!”

But Vera persevered, eventually logging 24 years with Peta. “One of the most significant mentors I had was Fritz Bennewitz, one of Peta’s dearest friends. He was director of the Weimar Theater, and, at one point, was regularly directing plays for Peta and other companies in the Philippines. It was through him that I came to deeply appreciate Shakespeare and Brecht, which was his forte.”

In 2003, he became a freelance artist. He acted and wrote for several companies, including TP, Tanghalang Ateneo, Dulaang UP, and theater groups in Singapore (The Necessary Stage), Tokyo (Black Tent Theater and Rinko-Gun Theater), and New York (Ma-Yi Theater company and Josh Fox’s International WOW company).

“Interestingly, in those countries I was regarded more as an actor,” he says. “From 2004 to 2007, I was going back and forth performing in several plays in these cities.”

He was also into music. “I wanted so much to sing bel canto,” he says, so he enrolled in voice classes with soprano Nanette Moscardon-Maigue.

Vera would become the artistic director of the ’80s protest choir Patatag, which was a staple of the era’s parliament of the streets. He also enrolled at the Asian Institute of Liturgical Music, where he studied music for two years, even recording an album under its auspices. “Masdan O, Yahweh,” Patatag’s most important album, was a collection of liturgical songs that advocated for human rights.

Vera says of all the disciplines he is into, he finds directing the most terrifying. “When I direct, I feel I can’t do anything else. All my other tasks are put on hold. And I have a love-hate feeling for directing, unlike writing where I don’t have to deal with so many people. That’s the reason I seldom direct.”

Not many people know that his grandfather, Pedro Vera, was one of the founders of Sampaguita Pictures.

“My grandfather died during the war so I never got to meet him. After his death, our parents eventually relinquished ownership of that movie company. In my early youth, I remember we always had free passes to Life Theater in Quiapo and we would go and watch all the Sampaguita and Vera-Perez movies. That’s about as close to the field that I could push myself into.”

Writing for the screen was thus a natural progression for him. “Senyor Paciano”—his first film script—won second prize in the National Centennial Literary Awards in 1998. His more recent screenplays have been acclaimed as well: the Cinemalaya movies “Niño” and “Requieme,” both directed by Loy Arcenas, and “Boses,” directed by Ellen Ongkeko-Marfil; Adolf Alix’s “Death March”; Chito Roño’s recent Sineng Pambansa entry “Badil”; and Lav Diaz’s latest opus, “Norte: Hangganan ng Kasaysayan” (a joint effort by Diaz and Vera), which is earning rapturous praise from critics in film festivals abroad.

“I get so much thrill from seeing the page transform into a film image,” he says. “And each director I’ve been able to work with did wonders with what I offered them.”

“It will only be final if I abandon the work, to paraphrase Joseph Conrad. I try the hardest to keep ego out of the creative process. I do welcome discussion and even debate, but not for anything else other than to develop the idea of the play,” says Vera. “I allow ego only during the performance, by which time I can’t do anything else but either gloat during the curtain call—or explode in tiny little pieces over a bad review.”