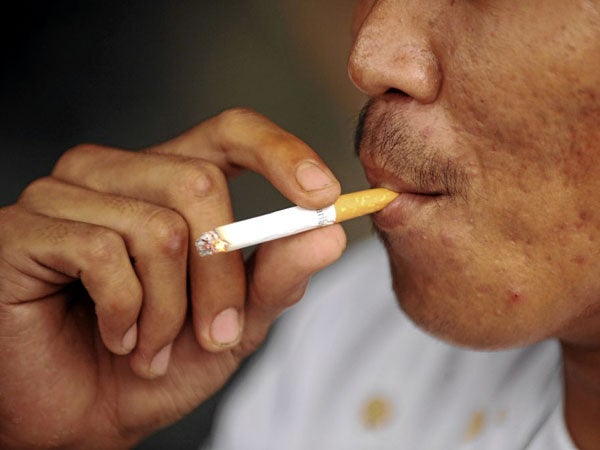 MANILA, Philippines—Almost two-thirds of all deaths globally in 2011 were due to noncommunicable diseases (NCDs) like cancer, diabetes, and chronic lung and heart ailments.

Concerned with the alarming number mirrored in the region, members of the Association of Southeast Asian Nations (Asean) held the First Asean Regional Forum on NCDs to discuss their prevention and control, and promotion of healthy lifestyles.

The three-day forum hosted by the Department of Health at Dusit Thani Hotel in Makati City began on Monday and will culminate with the presentation of the Bendar Seri Begawan Declaration on Noncommunicable Diseases, an Asean road map signed during the recent 23rd Asean Summit.

“We are alarmed more than ever at the impending tsunami in our midst that is called noncommunicable diseases,” Julie Lyn Hall, representative of the World Health Organization (WHO) in the Philippines, said in an opening message. “Today, NCDs remain the No. 1 killer in the world, and are responsible for 63 percent of all deaths globally.”

“Contrary to popular belief that NCDs are only the concerns of the rich and the old, about 80 percent of these NCD deaths are happening in low- and middle-income countries,” Hall said.

Prevention remains the cornerstone of NCD work, Hall said. Cost-effective measures include the implementation of the WHO Framework Convention on Tobacco Control, reducing salt intake of the population, replacing trans-fat with polyunsaturated fat, and promoting public awareness about diet and physical activity.

The average salt consumption among Filipinos is high at about 10 grams per capita per day compared to the WHO recommendation of 5 g.

Hall noted that prevention of NCDs is not only about personal choices but also about the enabling environment we live in.

In his keynote speech, Health Secretary Enrique Ona said, “NCDs are caused, to a large extent, by four behavioral risk factors that are common aspects of economic transition, rapid urbanization and 21st-century lifestyles: tobacco use, unhealthy diet, insufficient physical activity and the harmful use of alcohol.”

Ona noted the vicious cycle of poverty exposing people to behavioral risk factors for NCDs; and, in turn, the resulting NCDs may trigger a downward spiral that leads families toward poverty.”

Alicia Bala, Asean deputy secretary general, said, “If Asean people are not healthy, the productivity of the region will not be ensured.”