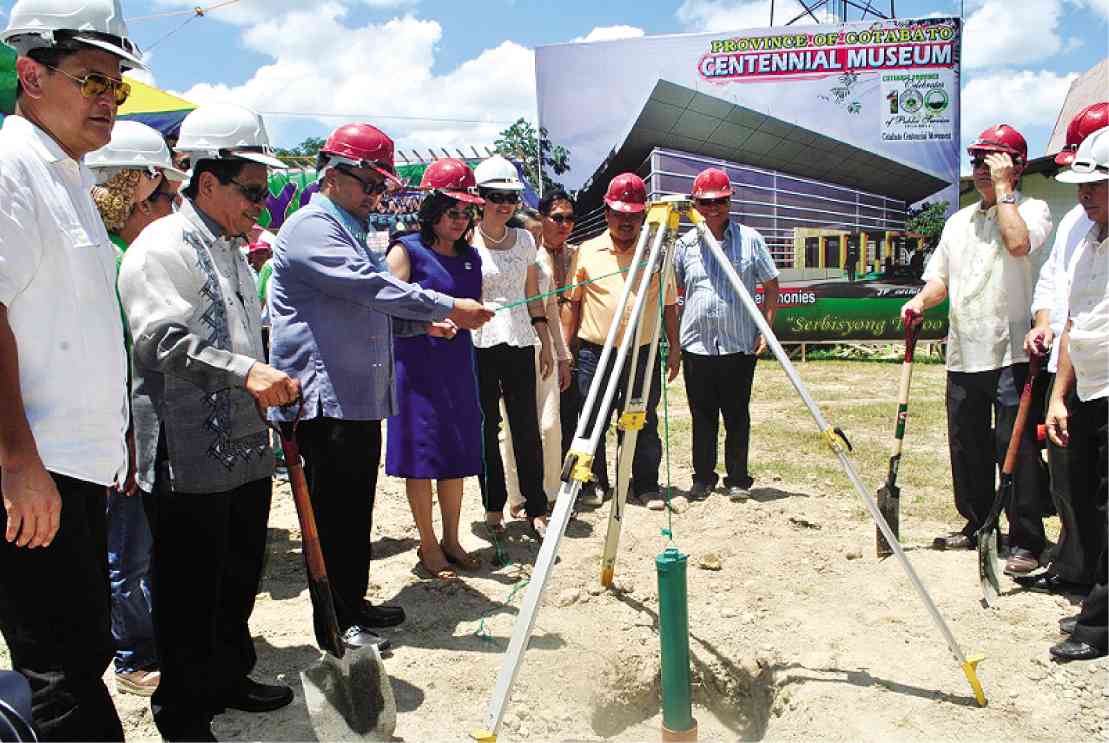 LOCAL officials of Cotabato Province headed by Gov. Emily Taliño-Mendoza (fourth from left) led the ground-breaking rites for the Centennial Museum as part of the recent Kalivungan Festival to mark the Province’s 99th founding anniversary.

Cotabato province officials led by Gov. Emily Taliño-Mendoza led the ground-breaking rites for the Centennial Museum as part of the recent Kalivungan Festival to mark the Province’s 99th founding anniversary.

To be built at the Provincial Capitol Complex in Amas, Kidapawan City, the museum will serve as the repository of Cotabato’s rich tri-people culture which covers various Muslim tribes, indigenous peoples and Christian settlers.

The Museum, to be inaugurated in its centenary in 2014, will also chronicle the province’s political and economic development, historic events, tourist spots, agro-industries and profiles of the various municipalities.

The province also broke ground for the Basket Centennial Pavilion which will serve as a multipurpose sociocivic center.

Founded on Sept. 1, 1914 as an Empire Province the American colonial government, Cotabato was the biggest district of the vast Moro Province in Mindanao created in 1903.

It spanned present-day provinces of South Cotabato, Sarangani, Maguindanao and Sultan Kudarat, and the cities of Cotabato and Gen. Santos.