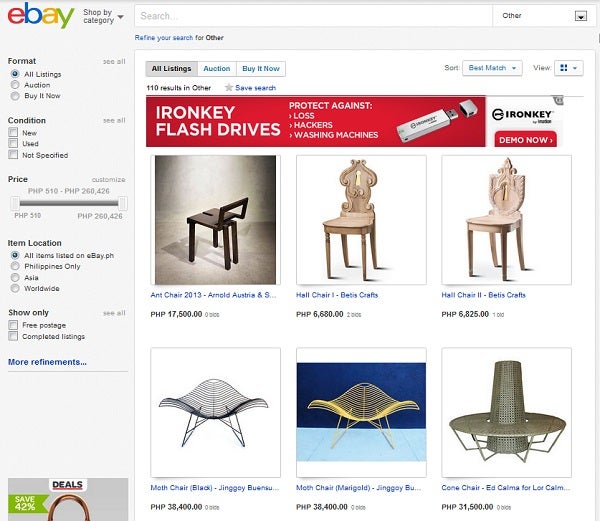 MANILA, Philippines – Almost a hundred fun and play-inspired furniture and art pieces are awaiting participants of UNICEF’s Auction for Action that started on Monday.

During the auction’s preview on October 2, television host Daphne Oseña-Paez personally toured members of the media at the Yuchengco Museum in Makati City, where some of the items are on display.

The auction, which is live on Ebay (www.ebay.ph/unicef) until October 27, includes paintings and furniture featuring children at play, as well as sculptures, jewelry and special items.

UNICEF country representative Tomoo Hozumi said, “We started the auction in 2011 with minimal expenses but with a lot of hope and determination…our efforts paid off and the auction has raised more than P4 million (in the last two years for programs for children).”

Hozumi explained that the UNICEF’s Supervised Neighborhood Play aimed to address the fact “that only 3 out of 10 children have access to early child education because there is no affordable day care nearby or parents think they are too young.”

Oseña-Paez narrated her experience with neighborhood play during a UNICEF mission to Davao after Typhoon “Pablo” hit the province.

“Expression through play, song and dance can help children cope after experiencing tremendous fear and confusion,” she said.

Oseña-Paez said learning with play was crucial for the physical, social and emotional development of children.

Hozumi said children with at least one year of early child education were “less likely to drop out during early grades of elementary school.”

“The (saying) ‘first years last forever’ expresses how important exposure to early child education is in the formative years of life. It makes children prepare not only for subsequent schooling but literally (his) entire life,” Hozumi said.

Those interested to participate in the auction should visit www.ebay.ph/unicef and create a free account to be able to bid.