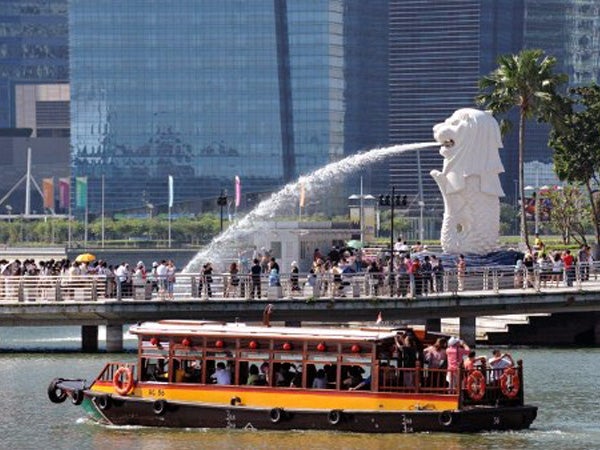 SINGAPORE—Asian millennial travelers, or young professionals aged 18 to 36, are setting the pace of global tourism with their rising income and their propensity to travel to different destinations across the globe.

Speakers at TravelRave 2013 here projected that by 2020, half of the global tourism spending will come from the estimated one billion millennial travelers in the region.

This year’s most influential travel and trade festival in Asia, dubbed “Trade Show for the Asian Travel Market,” was attended by tourism industry players from 73 countries.

It was reported at the trade show organized by Messe Berlin and the Singapore Tourism Board (STB) that the Asia-Pacific region had become the largest travel market in the world.

“Backed by the emergence of economic powerhouses, especially China, India and Southeast Asia, the region has confirmed itself as one of the driving forces in world travel and has set another all-time high record. The Asia-Pacific travel market ousted Europe to become the world’s biggest regional travel market in 2012, earning gross bookings of $326.2 billion and the impressive figure is expected to grow another 8 percent in 2013,” ITB (Internationale Tourismus-Borse) Asia said in a report released during the five-day mega-travel show that wrapped up yesterday.

The income, in tourism bookings, is expected to reach $362.2 billion at the end of the year, according to travel industry research group PhoCusWright.

Industry players—from hotels to airlines to government and private sector tourism groups—discussed the trends, challenges and opportunities facing the travel market in Asia at the show held at Suntec Exhibition and Convention Center here.

Chew Choon Seng, chair of the Singapore Tourism Board, reported that the Asia-Pacific region recorded a 7-percent increase in international arrivals in 2012, the highest growth in the world.

Morever, Seng said the World Travel and Tourism Council projects Asia’s travel and tourism sector to grow by 6 percent over the coming decade, also the fastest in the world.

“Collectively, Asia has much to offer both as destination and origin of travel,” Seng said in a speech at TravelRave Leaders Gala held at Singapore’s newest iconic attraction, Gardens by the Bay.

The gala was attended by industry leaders, including Maan Hontiveros, CEO of Air Asia Philippines.

“There will be more travelers, flights, jobs and more consumer needs to address. But given the diversity of Asia, businesses need to be equipped with a deeper understanding of the region’s multifaceted environment,” Seng said.

Seng called on industry leaders to prepare for changes arising from the changing demographics and demands of consumers.

STB shared the results of original research findings and key insights from the Travel Leaders Summit with the industry leaders. Singapore aims to be a key regional destination for leisure and business.

A buzzword in the conference was the Asian millennial travelers and how to attract them to the various Asian destinations. The Philippines was among the 818 exhibitors from different countries at the ITB Asia trade show.

Jeannie Lim, executive director at the STB, said that because of the tremendous growth of Asian economies compared to the rest of the world, Asian tourism is expected to grow by 5-6 percent, outpacing the global average of 3-4 percent growth. By 2015, Lim said, Asia-Pacific will account for half of the global gross domestic product.

She said two out of five travelers in the next few years will be Asian.

Rajiv Biswas, a chief economist and author of “Future Asia: The New Gold Rush in the East,” said a key driver of tourism was the very rapid increase in consumer spending by the Asian middle-class consumers.

Estimated at 500 million in 2010, the Asian middle class is expected to rise to 3 billion households in 2020, Biswas said.

Biswas said the tremendous growth of Asian travel was also propelled by the tourism infrastructure in different countries in the region and the rapid growth of budget airlines. In Southeast Asia alone, Biswas reported that the 70 million tourist arrivals in 2010 will triple by 2030.

The millennials were described in a presentation by Andrew Grant, director of McKinsey & Company, as being more independent than the older generations on account of their rising income, more flexible to do different things in terms of career and travel, have thirst for information in an Internet age and are not loyal to brands as long as they get what they are looking for in terms of travel experiences.

Chinese millennials, for instance, are said to be prepared to spend up to two months salary in travel, while the Singaporean tourists are said to be the most demanding.

Filipinos love to travel as a family or as a group, according to Charles Leong, marketing director for Singapore and Indonesia of the Philippine Department of Tourism.

Rob Davidson, senior lecturer at the Center for Events Management at the University of Greenwich, presented a study of what the millennials or the Generation Y are all about at one of the events in the ITB Asia, the Union of International Associations Roundtable.

These young professionals, Davidson said, are global citizens who are socially and environmentally conscious, who value education (were educated in more than one country) and are extremely mobile.

They are constantly seeking work-life balance and can blur the lines between socializing and work, and want the flexibility to do what they want.

But one thing in common among travelers, according to Banyan Tree executive chair Ho Kwon Peng, was a “yearning for the romance of travel”—experiencing the beauty of the physical world around them and getting a taste of different cultures.

“The show has evolved tremendously from when it first made its debut in 2008 and has now gained an even greater international dimension. Now that the Asia-Pacific region has taken the crown as the world’s largest travel market, it becomes even more critical for us to maintain our position as an effective platform to network and gain insights about the region’s travel market. Our partners rely on us to gain an up-to-the-minute overview of the Asian travel industry’s value chain to stay at the forefront of trends and developments,” said Christian Göke, CEO Messe Berlin, organizer of ITB Asia.

The Philippines’ booth stood prominently in the exhibition hall at Suntec, with blown-up posters of Coron in Palawan province, the Banaue Rice Terraces and even Bohol’s Chocolate Hills partially damaged by the recent quake.

Tess Mauricio, head of the Department of Tourism’s Asia-Pacific and Oceania marketing, said the TravelRave event boosted the Philippines’ presence in regional and even global tourism.

“We have a bright outlook despite the tragedy in Bohol. So far, we’ve met some agents from Europe who have not yet included us in their destinations and who are interested,” Mauricio said.

She said Korea, the United States, China and Australia continue to be the country’s biggest sources of tourist arrivals, with Singapore ranking in the top 10.

Singaporeans, as well as other tourists, still love Boracay as their favorite destination, she said.

Charles Leong, DOT marketing director for Singapore and Indonesia, said the new branding (“It’s more fun in the Philippines”) has helped put the country back on the tourism map.

“The downside is that tourists are still worried about security,” Leong added.

Dried mangoes were given as treats at the Philippine booth.