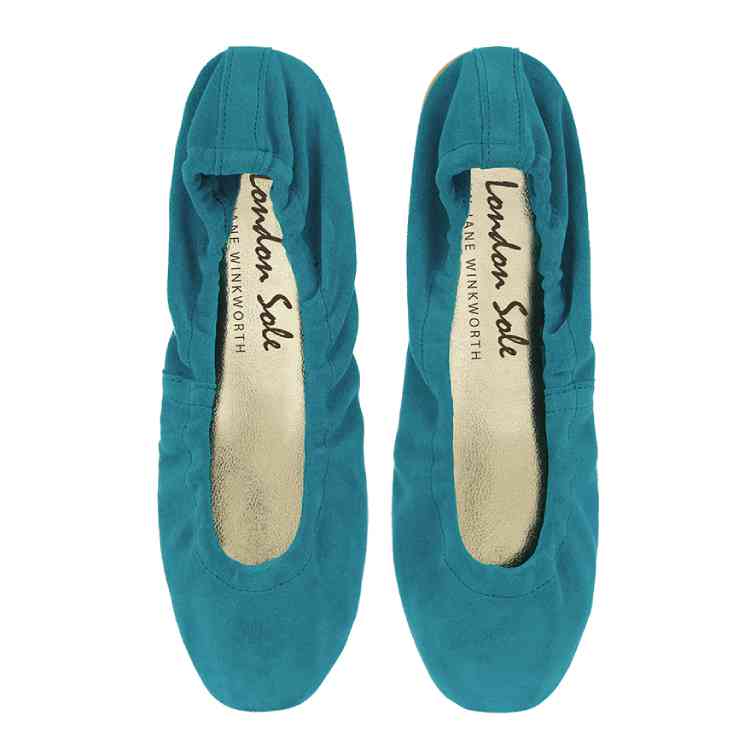 Why Kate and Pippa Middleton love these European ballet flats

The concept of designer flats would seem quite absurd in this city, where nearly every nook and corner sells the non-designer variety for a dime a dozen.

But Britain’s Jane Winkworth, dubbed “The Queen of Ballet Flats” by Vogue magazine, and her shoe label French Sole could show us what exactly makes a really good pair.

Winkworth, a ballet and art aficionado who used to restore porcelain and fine china for the Victoria and Albert Museum in London, has had a passion for ballet flats since childhood.

Her love of ballerina pumps was fueled by holidays in France and Spain, where she would stumble upon small shoe shops that offered chic, classic pairs, or unique and hard-to-find ones. Winkworth came home from those trips with a suitcase full of shoes, and the pairs not in her size ended up with friends quick enough to purchase the “castoffs.” The budding shoe designer-entrepreneur later on sold her finds at fairs and charity events.

Thus began Winkworth’s empire of ballerina flats, which have become so coveted by celebrities and royalty, including the duchess of Cambridge, her sister Pippa Middleton and Princess Beatrice of York.

Opening its first Philippine branch at Bonifacio High Street, French Sole brings to our shores its wide-range interpretations of the classic ballet flat, as well as an array of flat shoes that merges fashion with function.

Downing said each season rolls out about 130 new styles designed by Winkworth herself. In Manila, introductory styles include the Classic Ballet, which is available in earth tones, and the flexible, well-cushioned Gabi, characterized by lightweight heat-molded soles made of dense vulcanized rubber.

Harriet, Lowcut and the travel-friendly Scrunch-Up styles have no distinct left or right shape, but these mold themselves to the shape of one’s feet after being worn for a few minutes.

Our favorite French Sole innovation is the dainty bow, the string of which runs through the piping around the shoe and can be gently tightened to adjust the fit.

Downing said all materials are sourced in Europe—and it takes 23 workers to make a pair of French Soles.

Each shoe box comes with a pretty cardboard message that assures the customer of the contents’ European craftsmanship and quality. It also makes a firm statement: “We never use China, Brazil, India or any other country employing children or cheap labor, nor do we use any country using unethical or dangerous working environments or trading standards… We pledge to only use European leathers, skins and materials, ethically sourced and legally manufactured.”

Shoes of that caliber have found a home in Manila that has modest but charming boutique interiors. The space, which glows a soft yellow due to hidden mood-light fixtures, is furnished with a crystal chandelier, velveteen chairs and foot stools, plus a white wooden round table and carved display shelves laden with petite topiaries.

The setting, along with an attentive staff who knows and understands the merchandise, makes for a perfect shoe-shopping experience for mothers and daughters, siblings and BFFs looking to invest in an “ageless” pair of flats.

“We have customers from age 20 to 70 because we have a wide variety of styles, colors, fits, fabrics and finishes—we have something for everybody,” said Downing.

“French Soles… are the iconic ballet flat brand and we’re the first to market in that respect back in 1989, so we’ve got a lot of heritage behind us.”