Tom Hiddleston is back as Loki | Inquirer Lifestyle ❮ ❯ 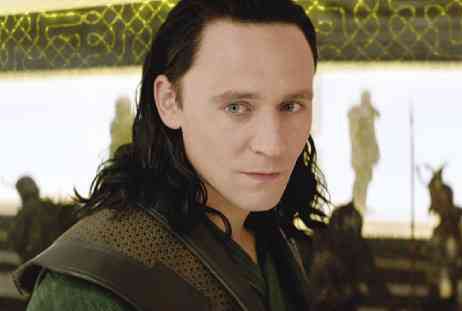 Tom Hiddleston is back as Loki

British actor Tom Hiddleston steps into Loki’s shoes once more in “Thor: The Dark World.” In this interview, he talks about his character, Chris Hemsworth and Thor fans.

What is it like playing Loki in this film?

The amazing thing about Loki is that this is my third meeting with him, and we’ve had a year between each film, so my understanding of the character deepens every time, and I feel like the “Thor” sequel and my third engagement playing him was a chance as an actor to find new depth, new dimension, new iterations of his psychology, of his physicality and his capacity for feeling.

Are the highs and lows of Loki in this film something that you connected with and wanted to have him go through?

There are things about Loki which have to stay; he’s still possessed of a rakish charm and provocative wit; he still loves provoking people and finding and exploiting their weakness.

He’s still selfish and vain and arrogant and proud, but he’s also elegant and amusing. He’s so full of charisma, and that’s why I love playing him; he’s not an all-out bad guy. He knows his true nature and is having a really good time; there is an element of delight and joy at being bad. I think part of that comes from the fact that he’s never had the responsibility of kingship. He’s a free agent, and since he’s adopted and knows who he is, he feels possessed of a confidence that there is no other Loki in the entire universe; he’s the only Loki there is and he loves that.

How has the relationship between Thor and Loki, and even Chris Hemsworth and you, changed over the course of these films?

I’ve always thought of acting as kind of like a tennis match, and you’re only as good as the person you’re playing with. The rally between people is where the magic happens.

From the very first frames of “Thor,” Chris and I really trusted each other. Because it’s our third film playing these characters, he has such extraordinary input into how Thor now looks at Loki, and we’ve talked about it. In “Thor: The Dark World,” Thor has abandoned the idea of Loki’s redemption.

Why is it important to keep the humorous beats throughout the script?

People go to the movies for a good time, and I think one of the greatest strengths of Marvel films, since the very first “Iron Man,” is that they all had their tongue firmly in their cheek, which means that there’s a part of us that knows that all of it is kind of ridiculous, but pleasingly so. We’re inhabiting a very colorful world of larger-than-life characters that do wear capes and originated with speech bubbles in comic book frames. I really take my hat off to the studio, because it reminds me of the films that I grew up watching where you’d see huge action and then everyone would be laughing. It’s a rare and hard thing to pull off, but it would be boring if it were all super heavy. Good stories are always full of light and shade. There is room for humor in every story. It balances out light and dark; it means that you’re invested in both. What is it that you love about the fans of Thor and the way they’ve reacted to these films?

It’s amazing. The fan responses are beyond any of my expectations, and what’s so thrilling is that people seem to have taken these characters to their hearts and they really believe in the world. They’re thrilled by the spectacle, by the journey, by the action, but they’re also really invested in the drama. We’re human beings and we like to feel, and that’s what I’m so pleased by and I find so gratifying every time I get a letter, or meet somebody at either Comic Con or at a premiere. People are so free with their passion for the emotional landscape of what we’ve created. I love how the fans have really embraced that and they follow it and believe in it and reflect it. It’s given us the confidence to go deeper with it.