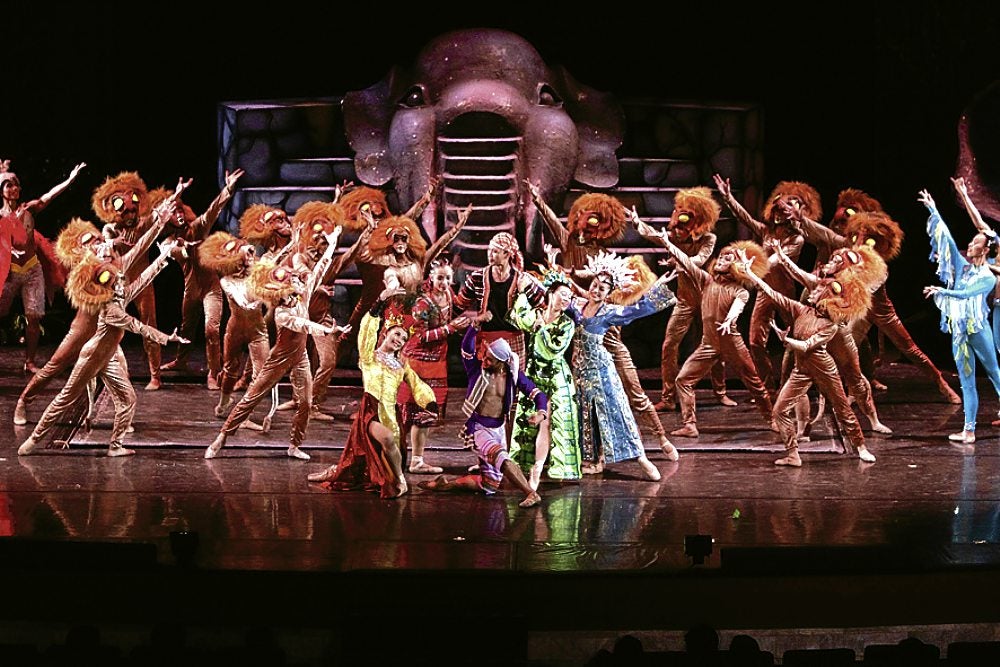 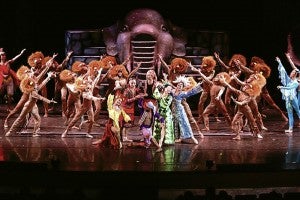 Great ballets are like old friends: You know that wherever in the world you go, no matter what the company is, a “Swan Lake” or a “Nutcracker” will always be a satisfying experience.

The dancers might not be familiar names, some might even become faceless once you leave the theater, but they would certainly deliver. A self-respecting dance company would only cast the best dancers in the leads. Otherwise, why would they even bother mounting a production of a ballet beloved?

Ballet Manila’s “Tatlong Kuwento ni Lola Basyang” could become one of those great ballets, up there with thrilling dance productions such as “Don Quixote” and “Le Corsaire.” Give the show a chance to travel and it would definitely find itself a crowd favorite anywhere in the world. It could not go wrong.

This three-parter has all the ingredients for a really good time at the theater: gorgeous sets, colorful costumes, great storytelling and winning choreography. All that is needed are dancers who can also act.

Considering how dancers nowadays are dedicated to their craft, there will never be a lack for performers who will bring magic to this show. 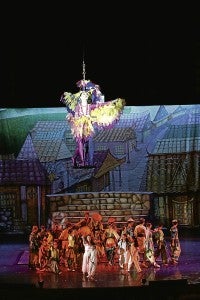 I’ve seen this ballet a couple of times in the past three years, and it never fails to deliver. And I have no complaints. The children who fill Aliw Theater on weekends have no complaints, too. If a ballet can excite children to scream with delight and break out into laughter during a performance, then it must really be a good show. Always, “Lola Basyang” does that.

Ballet Manila restages “Tatlong Kuwento ni Lola Basyang” this year as the opener for its 2011-2012 season. Since the ballet premiered in 2008, the company has kept it intact.

For this staging, the sets have been spruced up and, in the case of the second ballet, “Ang Kapatid ng Tatlong Maria,” it has been improved so that it moves a lot quicker than before.

Also, for this staging, Missy Elizalde took over from her mom, Lisa Macuja-Elizalde, as one of the child narrators who interact with Lola Basyang, as performed by Luz Fernandez. 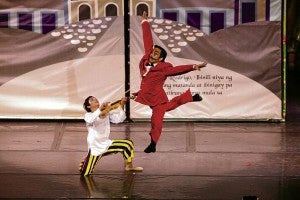 But, those details don’t matter, really. What matters is that “Lola Basyang” is homegrown, an original Filipino production based on Filipino stories. And when it crosses over to a foreign audience, it will introduce Filipino art and culture to the world. Isn’t that a nice thought?

Ballet Manila artistic director Macuja-Elizalde happened on the “Lola Basyang” series of books by accident at a school fair. The stories, as retold by Christine Bellen with illustrations by Frances Alcaraz, sparked an idea in her head. Instead of just one ballet, she chose three from the series of 12. And the rest is history.

The first ballet, “Ang Prinsipe ng Mga Ibon,” tells the story of a princess who falls in love with a bird prince, much to the disapproval of her father. The king eventually gives in to her daughter’s love after the bird prince saves his kingdom from the attack of giants.

This is the most romantic of the three ballets, the most traditional in the lot. Mon Faustino has arranged the music of Nicanor Abelardo, National Artists Lucrecia Kasilag, Antonino Buenaventura and Levi Celerio, and George Canseco in a dramatic score.

The choreography by Osias Barroso, Ballet Manila artistic associate, was true to the story he was telling. As the star-crossed lovers, Yanti Marduli and Rudy de Dios provided thrilling dancing and committed acting. 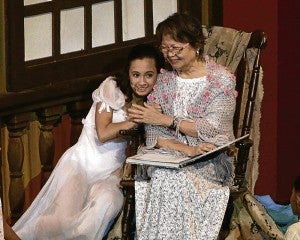 The second ballet, “Ang Kapatid ng Tatlong Maria,” is the longest of the three. It tells of Pedro’s journey to strange lands to search for his three sisters who vanished after his father chopped down a healing tree.

Macuja-Elizalde directed this ballet with the assistance of Barroso, Gerardo Francisco and Ernest Mandap. She adopted a neo-ethnic style of choreography that relied on a lot of native movements and gestures. The music of Joey Ayala tied up the story with his brand of ethnic-inspired rock.

Alvin Santos performed Pedro, the brother of the three Marias, namely, Jennifer Rose Olayvar, Zaira Cosico and Mylene Aggabao. Dancing as their parents were Harold Salgado and Eileen Lopez, while the sisters’ husbands were performed by Nazer Salgado, Francis Cascaño and Niño Guevarra.

The character of Pedro served as the link between the many scenes in this ballet, and Santos was a delight with his strong dancing. 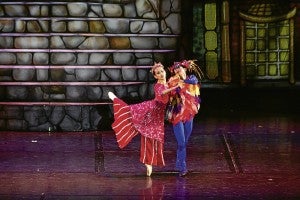 The last ballet, “Ang Mahiwagang Biyulin,” brought the house down with its visual and dance comedy. The set was kept to a minimum, except for a large storybook that was flipped through by the child narrators. “Biyulin” tells of Rodrigo who is cheated by the trader Ahab of his wages after working for him for two years. With the help of a magic violin, Rodrigo gets all the money he deserves.

The late Tony Fabella coaxed out the comedy from this story with large exaggerated gestures that were as cartoonish as the illustration for this book.

Gerardo Francisco and Marcus Tolentino made for the wonderful pair of Rodrigo and Ahab, who matched the choreography with their ability to contort their bodies to comic effect.

Ryan Cayabyab wrote the joyful music for this ballet.

Since “Lola Basyang” was premiered four years ago, Ballet Manila has staged it countless of times, along with single performances of each ballet. And indeed, “Lola Basyang” fans have reason to rejoice. Macuja-Elizalde announced during the show’s opening night that three more “Lola Basyang” ballets were planned for the Christmas season of 2012. That is definitely something to look forward to.