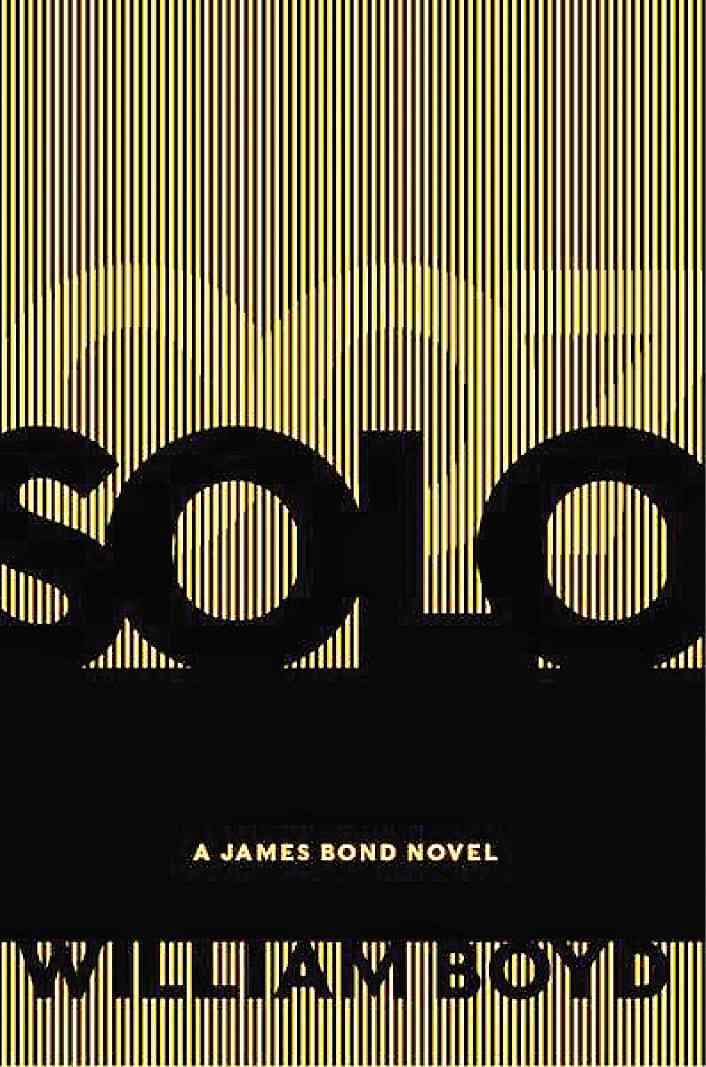 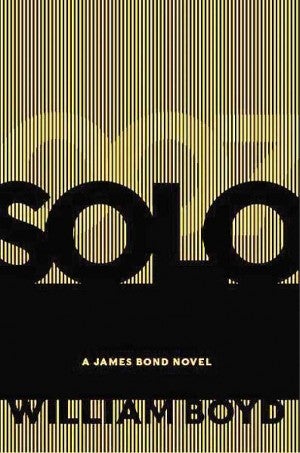 While Commander James Bond, agent 007 of Her Majesty’s Secret Service MI6, possesses many enviable abilities, time travel is not one of them.

While British fictionist Ian Fleming’s most enduring creation has remained relatively spry and active in the various Bond movies, James Bond the literary character has been flung back and forth through the decades nearly every time he’s been rebooted since Fleming’s first novel, 1953’s “Casino Royale.”

Take 2008’s “Devil May Care” by Sebastian Faulks, which is set in 1967 and has Bond operating in the Middle East. But the last Bond novel, 2011’s Carte Blanche” by Jeffrey Deaver, inserted Bond into the post 9/11 present day, operating in South Africa instead.

Now the newest novel,  “Solo: A James Bond Novel” by William Boyd (HarperCollins, New York, 2013, 322 pages) returns Bond to his original stomping grounds. Set in 1969, “Solo” is a clear attempt to stay true to the original framework established by the 14 books written by Fleming, the last being 1966’s “Octopussy and the Living Daylights.”

Haunted by memories of a mission during World War II when he was a 19-year-old commando, Bond, who has just turned 45, is sent by M to the fictional African country of Zanzarim to find a way to end that nation’s civil war.

After meeting an enigmatic villain and a fetching associate, Bond’s mission turns sideways after infiltrating the rebel side and is left for dead. Recuperating in a hospital back in Scotland, Bond decides to seek vengeance for what happened to him, taking a terrible risk in a process:

“He intended to go ‘solo,’ as he phrased it to himself. In the unwritten ethos of the Secret Service he knew that such solo personal initiatives were strictly forbidden… He didn’t care. He knew absolutely what he wanted to do.”

While there is much danger, sex, action and deception here, there is very little by way of the miniaturized gadgets and double-entendre names that have become synonymous with the Bond brand. Moneypenny and Q make cursory appearances. In a gritty return to old-school Bond missions, “Solo” is a grimly realistic in-country adventure that seems a world away from what the sillier Bond movies would have you think.

Boyd is an interesting choice because is his earlier work that seems to make him suited for the Bond franchise. In particular, his first book, 1981’s “A Good Man in Africa,” has elements that are echoed in “Solo” (diplomatic high jinks in a fictional African country where the discovery of oil sends affairs into crisis). But while “Good Man” was a comedic novel, “Solo” has no sense of humor at all. It is a straightforward, murky-world espionage thriller. It’s more an exploration of the modern African realpolitik than a display of high-octane, bang-bang action scenes.

Boyd’s back-to-basics, banged-up Bond is a conflicted, honorable man who relies on experience much more than on unusual gadgets. He makes mistakes; he pays for them, then gets even. Even “Solo’s” villain, the scarred, duplicitous Rhodesian mercenary leader Jacobus Breed, is frightening but not the lair-owning, world-conquering baddies of usual Bond vintage.

That means “Solo” is an excellent throwback spy mission that could easily have been written by someone else—for example, John le Carré—for someone other than James Bond. That is a good thing for readers looking for a solid, old-fashioned spy yarn but not so much for someone yearning for the distinctive atmosphere and humor of the other Bond books.

The upside is that Boyd has given us a vulnerable, believable Bond who fits his historical setting instead of an anachronism or a deadly cipher. Now if only they keep him in this context instead of shunting him off to another era. More real-world operative than super-spy, James Bond could easily be describing William Boyd’s “Solo” when he says this: “Anyway, he thought, if you’d decided to ‘go solo’ you might as well do it in style.”