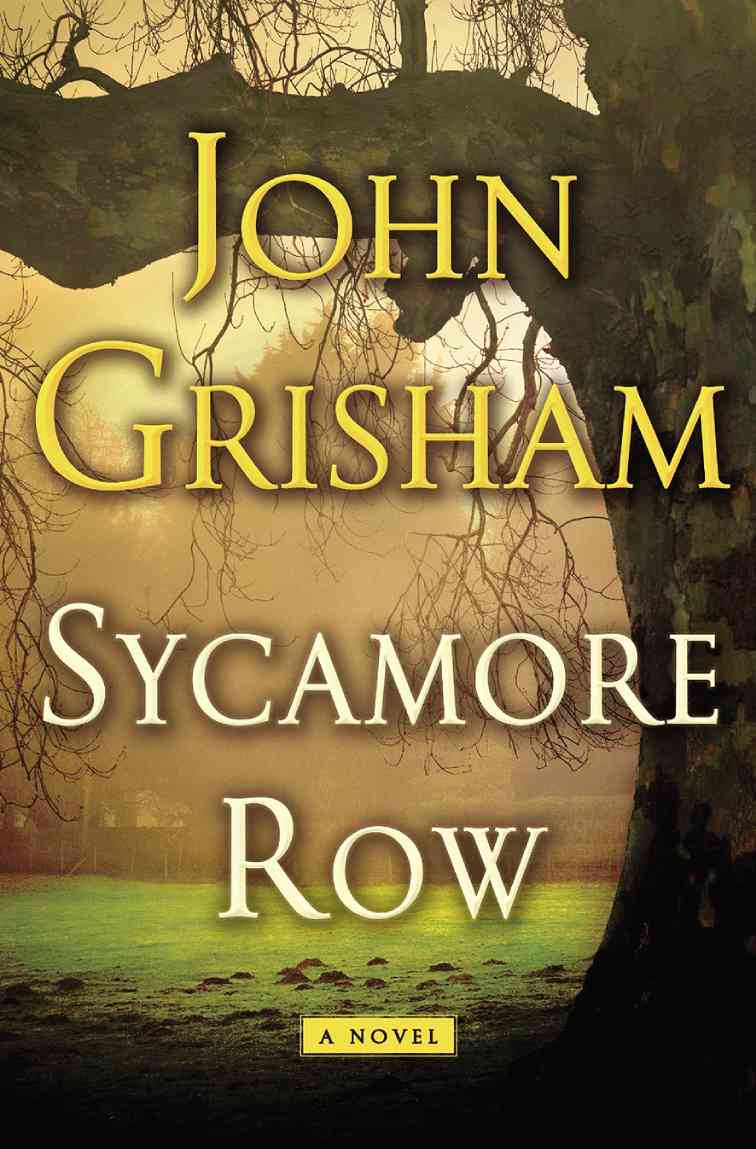 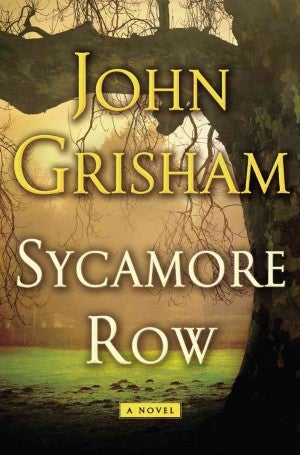 John Grisham clearly does not like to stand around doing nothing.

The acknowledged master of the courtroom drama is a real-life Mississippi lawyer who found a following after writing the 1989 novel, “A Time to Kill”; and then he regularly delivered law-related novels that sold spectacularly and were even made into blockbuster movies. “A Time to Kill” has both a movie and a Broadway adaptation.

Grisham could have easily done the same thing over and over. But when he noticed his stuff was getting predictable, he broke it all down and started from scratch. His later work was noticeably better crafted and proved he didn’t like sitting on his laurels.

But “Sycamore Row” (Doubleday, New York, 2013, 447 pages), his 26th novel, is something else altogether. Not only is it a bona fide sequel to “A Time to Kill,” it is a book that celebrates the fictional universe Grisham created: the small town of Canton in Ford County, Mississippi.

It is 1988 and it has been three years since Jake Brigance won his biggest case, the acquittal of Carl Lee Hailey, the black man who killed the white men who raped and killed Hailey’s daughter. He’s been struggling since—but that is about to change.

One of Ford County’s richest and reclusive men, Seth Hubbard, hangs himself in an apparent suicide. Brigance is shocked to find out that Hubbard—a man he has never met—sent a letter appointing him as Hubbard’s lawyer and a handwritten will that controversially cuts out his remaining family, while leaving the vast majority to Hubbard’s black housekeeper, Lettie Lang.

When Hubbard’s estate turns out to be $24 million, lawsuits are filed and Ford County finds itself divided down familiar lines.

Brigance is determined to carry out Hubbard’s wishes, but the spurned Hubbard children have hired high-powered lawyers to contest the will.

Grisham works to his strengths, building a classic courtroom drama with Brigance on one side and the expensive suits on the other in what he described as “a wonderful legal brawl.”

Taking his time to go over the merits and demerits of the case, he carefully sets up the legal conflict, amps up the racial tension, then throws a couple of serious narrative curveballs right at the very end.

“Sycamore Row” is as much about Ford County’s dark history as it is about its modern problems.

The very same issues that Grisham set a fire under in “A Time to Kill” are still very much there, burning under Ford County’s calm surface. “The question is, can you trust a Ford County jury?” Brigance asks. “This is all about money.”

But an ally ominously corrects him: “Everything is about race in Mississippi, Jake, don’t ever forget that.”

The case’s big question: Why would a wealthy white man, Hubbard, leave a fortune to his black servant and give nothing to his family? Grisham provides an explosive answer that is far-fetched as it is effective. It is classic Grisham.

Brigance remains the ultimate Grisham underdog, fighting the good fight while fending off distractions. Grisham paints him as a man burning with idealism even if the real world keeps trying to teach him lessons. Readers will root for him as they did in “A Time to Kill.”

The lawyers, as always, are impressively colorful, the legal action obsessive-compulsive and the townspeople of Canton still have lots to hide. The town may be secretly broken but Grisham finds majesty in that brokenness.

When you look at the big narrative picture, you realize that Grisham has populated “Sycamore Row” with characters from his previous novels set in Ford County, such as 2002’s “The Summons” (Judge Reuben V. Atlee) and 2003’s “The Last Juror” (Willie Traynor), as well as his aptly titled collection, 2009’s “Ford County: Stories” (Harry Rex Vonner).

“Sycamore Row” is like the grand Grisham reunion, with the author coming full circle, using his newest book to continue a story that began with his first book, 24 years earlier.

This novel stands witness to what makes Grisham such a success: his unmatched ability to navigate the intrigues of the legal profession and his eye for memorable, believable Mississippi characters. “Sycamore Row” works because, just like John Grisham, “the court was doing the best it could.”