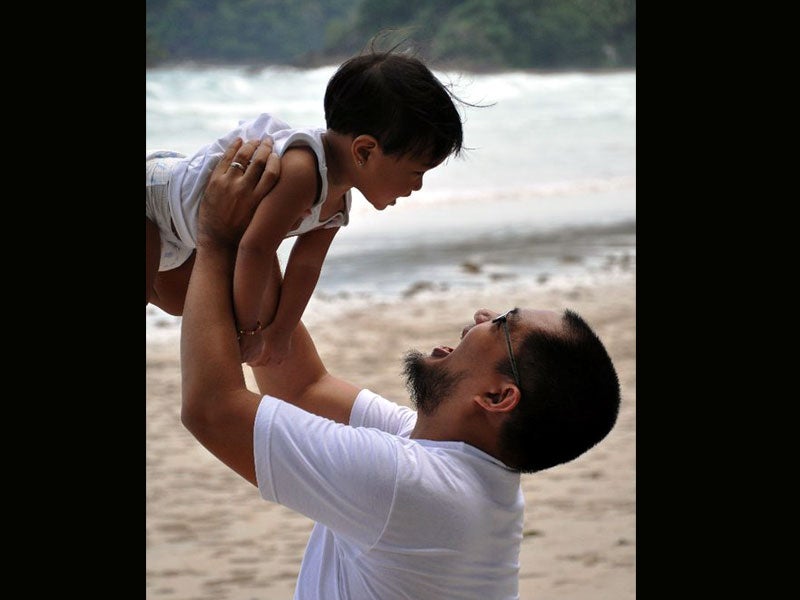 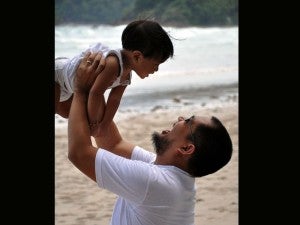 This is probably not the news most fathers want to hear.

Testosterone, that most male of hormones, takes a dive after a man becomes a parent. And the more he gets involved in caring for his children—changing diapers, jiggling the boy or girl on his knee, reading fairy tales for the umpteenth time—the lower his testosterone drops.

So says the first large study that measured testosterone in hundreds of Filipino males when they were single and childless and several years after they had children.

Experts say the research has implications for understanding the biology of fatherhood, hormone roles in men and even health issues like prostate cancer.

“The real take-home message,” said Dr. Peter Ellison, a professor of human evolutionary biology at Harvard University who was not involved in the study, “is that male parental care is important. It’s important enough that it has actually shaped the physiology of men.”

“Unfortunately,” Ellison said, “I think American males have been brainwashed” to believe lower testosterone means that “maybe you’re a wimp, that it’s because you’re not really a man.”

Even so, he expressed hope that this kind of research would have a positive impact on the American male. “It would make them realize that we’re meant to be active fathers and participate in the care of our offspring,” he said.

And, experts say, the study underscores that mothers are meant to have child care help.

“This is part of the guy being invested in the marriage,” said Carol Worthman, an anthropologist at Emory University who also was not involved in the study.

Lower testosterone, Worthman said, is the father’s way of saying, “‘I’m here, I’m not looking around, I’m really toning things down so I can have good relationships.’ What’s great about this study is it lays it on the table that more is not always better. Faster, bigger, stronger—no, not always.”

According to experts, the study is a significant contribution to hormone research because it tested men before and after becoming fathers and involved many participants: 600 men in the central Philippine province of Cebu  who are participating in a larger, well-respected health study following babies who were born in 1983 and 1984.

Testosterone was measured when the Filipino men were 21 and single, and again nearly five years later. Although testosterone naturally decreases with age, men who became fathers showed much greater declines, more than double that of the childless men.

And men who spent more than three hours a day caring for children—playing, feeding, bathing, toileting, reading or dressing them—had the lowest testosterone.

“It could almost be demonized, like, ‘Oh my God, fathers, don’t take care of your kids because your testosterone will drop way down,’” said Lee Gettler, an anthropologist at Northwestern University and coauthor of the study published in The Proceedings of the National Academy of Sciences.

“But this should be viewed as, ‘Oh it’s great, women aren’t the only ones biologically adapted to be parents,’” Gettler added.

“Humans give birth to incredibly dependent infants. Historically, the idea that men were out clubbing large animals and women were staying behind with babies has been largely discredited. The only way mothers could have highly needy offspring every couple of years is if they were getting help.”

Smaller studies, measuring just snapshots in time, found fathers have lower testosterone. But these studies could not establish whether fatherhood brought testosterone down or lower-testosterone men were just more likely to become fathers.

In the new study, said Christopher Kuzawa, a coauthor and Northwestern anthropologist, having higher testosterone to start with “actually predicted that they’re more likely to become fathers,” possibly because men with higher testosterone were more assertive in competing for women or appeared healthier and more attractive.

But regardless of initial testosterone level, after having children, the hormone plummeted.

The new study did not examine specific effects on men’s behavior, like whether those with smaller drops in testosterone were more likely to be neglectful or aggressive.

It also did not examine the roles played by other hormones or whether factors like stress or sleeplessness contributed to a decline in testosterone.

“Fathers who spend a lot of time in fathering roles might have lower long-term exposure to testosterone,” reducing their risk, Ellison said.

Many questions remain, however.

Does testosterone, which appeared to decline most steeply in fathers during their child’s first month, rebound as children become older and less dependent? How often do levels fluctuate?

They did not change before and after a play session with children, researchers found.

But do testosterone levels rise when fathers are at work and decrease on weekends? And are only biological fathers affected, or would similar results occur “if you have an uncle or brother or stepfather living in the household and they care for the baby?” asked Sarah B. Hrdy, the primatologist and author of “Mothers and Others.”

The lowering of their testosterone did not prevent the men in the study from having more children. “You don’t need a lot of testosterone to have libido,” Kuzawa said.

“If guys are worried about basically, ‘Am I going to remain a guy?’” Worthman said, “we’re not talking about changes that are going to take testosterone outside the range of having hairy chests, deep voices and big muscles and sperm counts. These are more subtle effects.”

And, as Gray wrote in a commentary accompanying the study, “The descent of a man’s testosterone may even be welcomed by some, perhaps his progeny.” New York Times News Service