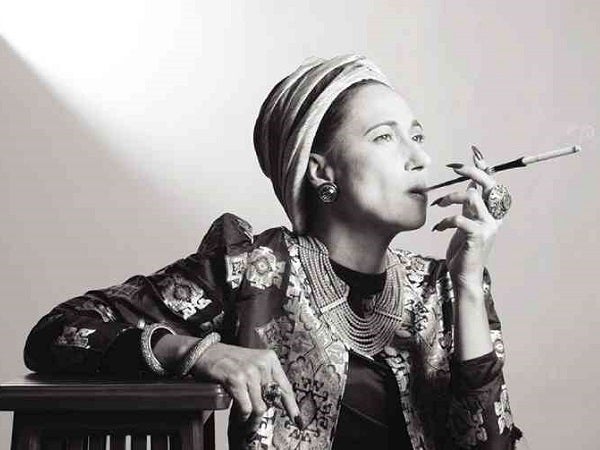 The actress who delivered a razor-sharp and deeply felt performance in Peque Gallaga’s latest film, “Sonata,” is back in theater’s fold. Cherie Gil is preparing for the role of the iconic fashion figure Diana Vreeland in the one-woman play “Full Gallop,” which will run in March 2014 under Bart Guingona’s direction.

It is a role that will have her on stage for a good two hours, reliving and reflecting on her life in the worlds of fashion and high society.

Gil has just wrapped up another film role in Gabby Fernandez’s “Mana,” which had its premiere night recently. Earlier this year, she played the role of a retired opera singer in Gallaga’s “Sonata.” Both films are set in old ancestral houses brimming with untold stories and ancient secrets—a milieu Gil loves.

“I have always loved the feel of the old world. That is one of the reasons I love visiting New York a lot, because of these old preserved buildings with so much history,” she says.

Gil says “Sonata” was a turning point for her as a person and as an artist. 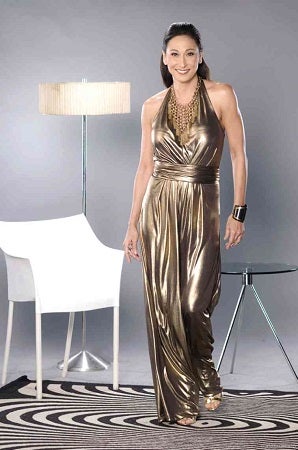 “The reviews were wonderful, and for that I am deeply grateful and inspired. I enjoyed the creative process with Peque from beginning to end. But the big challenge was the preparation. I had to thoroughly absorb an opera singer’s life and make it a crucial part of the film. I had to learn to speak several languages and learn Ilonggo as well with the right ‘punto.’ On top of that, I had to learn how to play Mozart on the piano and sing Dvorak’s ‘Song to the Moon’ in Czech—and produce a semblance of an operatic voice which had seen better days.”

Having worked with Gallaga on many projects including the landmark film “Oro, Plata, Mata,” Gil enjoys a particularly close collaborative relationship with the director.

“There are simply no limits to the ideas and suggestions we are free to express to approach every scene in the film. Peque trusts me so much that he gives me all the freedom to express myself and my character. Because of this responsibility, I can’t shortchange myself or him. Certainly, he is the clearest, most organized and most generous director I have ever worked with,” she says.

Happily, her having played Maria Callas in Terrence McNally’s “Master Class” a few years ago was a tremendous help in creating the life of the retired fictional opera singer Regina Cadena in “Sonata.”

“You can say that my role as Callas gave me a head start in immersing myself in the life of Regina, who was an opera singer like Callas. I would like to believe this was where Peque got one of his inspirations to proceed with the story of ‘Sonata.’”

Her stint in “Master Class” was a nerve-wracking experience, she now recalls.

“There was very little to enjoy in the preparations. I was neurotic for a good two months, immersed in studying the part of La Divina who, as everyone knows, was larger than life! I ate, slept and drank Maria Callas. I had to read all about her, and listened and watched every opera she sang. But when the curtain fell on opening night, it was the most fulfilling moment for me. I felt I could literally fly my own plane afterwards.”

Gil’s love affair with theater began when she got to work with the likes of Adul de Leon, Jonas Sebastian and Fritz Infante in her younger days, and then with Bobby Garcia for Atlantis Productions’ “Doubt,” where she was cast as the iron-willed Sister Aloysius. It was Michael Williams and Menchu Lauchengco-Yulo who insisted that she tackle “Callas,” a one-woman monologue play.

“Now I only want to do more theater. I have always loved the stage, ever since I was in grade school,” Gil says.

The sound of applause in the theater she finds very special: “It’s pure music to my ears. As Callas would say it, ‘Never move in the middle of applause. It shortens it. That is what we artists live for!’ I guess this is the very lure of theater. Indeed, there is no better way to grow and challenge one’s mettle. The process of rehearsals is so rigorous and demanding that you just have to do your best.”

After reliving the lives of opera singers on stage and in film, Gil can only find a special place in her art for Callas. “She will remain an inspiration. She will always be there in my subconscious—like a best friend, or an angel watching over me and reminding me what true art is all about.”